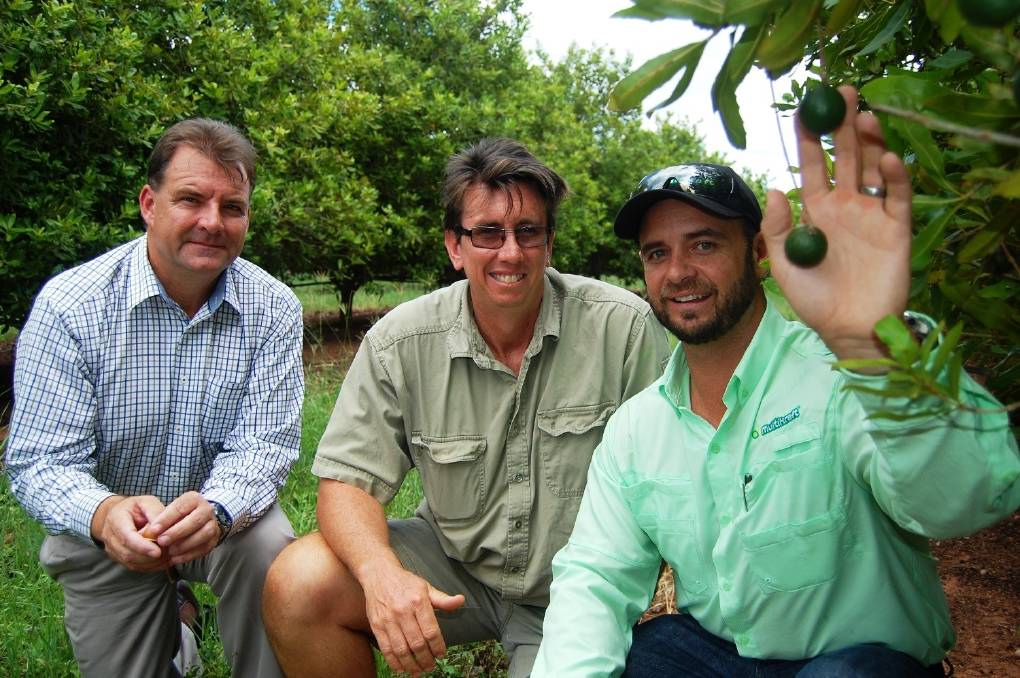 A LIKELY increase in the protection of the Great Barrier Reef will put greater focus on greener farming methods.

A LIKELY increase in the protection of the Great Barrier Reef will put greater focus on greener farming methods.

It also says: “Labor will limit the use of agricultural fertilisers, pesticides and other petrochemicals.”

Craig Van Rooyen and Conor O’Brien are hoping to be on the front foot when it comes to utilising more biological growing methods.

Mr O’Brien is the CEO of Multikraft Priobiotics Australia, a company that specialises in the use of beneficial micro-organisms that can be used to produce high quality composts.

These composts in turn reduce on-farm chemical use while improving yields and bolstering plant climate tolerance.

Mr O’Brien was in Bundaberg recently to inspect crops on the macadamia, lychee and mango farm of Mr Van Rooyen who has been using the liquid form of the product.

Such “greener” farming practices are likely to take greater prominence with the Queensland government committing to achieve an 80 per cent reduction in pollution run-off into the Great Barrier Reef by 2025.

“At the end of the day, we are an environmental company, working in a ‘feel good’ business that can be of benefit to the farmers, businesses, the planet and society in general,” Mr O’Brien said.

“We are able to reduce chemical fertilisers by having our microbes in the soil to make the nutrients available for the plants.

“This combined with improving the soil structure through a combination of composting and liquid soil application, reduces run-off and leaching into the waterways and on to the Great Barrier Reef.”

Multikraft does not require specialist compost turners or machinery.

“Our specialised composting process can be carried out with regular farm machinery and because we make a large pile that doesn't need regular turning, the costs of labour, machinery, fuel, is reduced,” Mr O’Brien said.

He said there is less odour released than turning conventional composting.

“The compost is also mature within eight weeks, which is half the time of most traditional composts,” he said.

“We can also make a lot more compost in the same area, as the piles are much bigger.”

Mr Van Rooyen is no stranger to adopting more environmentally friendly farming techniques having worked with researchers on non-lethal deterrents for fruit bats.

He applies the Multikraft liquid product through fertigation, followed up with a foliar spray at a later date.

“The big benefit for me is all about soil health. This product encourages plant and soil heath because it’s adding good microbes into soil,” he said.

“The microbes also ensure the fertiliser is more readily absorbed into the plant so there’s better nutrient uptake by the orchard. Therefore two things occur- I have a healthier tree and better quality fruit, and secondly I’m able to reduce my chemical fertiliser input.

The focus is pertinent given the 68th United Nations General Assembly labelled 2015 the Year of Soils.

Mr Van Rooyen said the product was a win-win for both farmers and the environment.

“The integrated approach improves the soil and the strength of the plants, so they are much more resilient, handling extreme weather (floods, droughts etc) and need less pesticides and fungicides,” Mr O’Brien said.

Apart from the macadamia and lychee crops, Multikraft is working with others in the Wide Bay region including avocados and blueberries.

Member for Burnett and Queensland shadow minister for environment Stephen Bennett has backed the trend for more sustainable farming techniques like those adopted by Mr Van Rooyen.

He said new crop technology and science had the potential to change the way farming is done.

“We are seeing an 80 per cent reduction in inputs like fertilisers and chemical use and an increase in yields of 20pc– it’s an exciting development,” Mr Bennett said.

“We want to make sure our water qualities,  our waterways, our reefs are all protected, and importantly see sustained increases in productivity and establishing best on-farm practices.”

Mr Bennett said he will push for independent feasibility studies to be carried on the technologies and productivity outcomes.

“I am committed to more government investment into feasibility studies to ensure that all stakeholders have access to credible information to make informed future decisions on best farm practices and future investment,” he said.