Made from recycled materials, Ann and Jeff Ross' B Box is a welcome innovation in hive design which is keeping the heat off our native honey producers. INSPECTION TIME: Co-founder of Hive Haven, Jeff Ross, with a new B Box that has design features to maintain a more suitable climate inside for native bees.

Their natural homes might be out in the bush under the scorching Aussie sun but should temperatures nudge 40 degrees, then it can mean the apocalypse for a healthy colony of pollinators.

Ann and Jeff Ross discovered just how heat sensitive native bees are when they lost a series of hives during consecutive heatwaves at their Sunshine Coast home several years ago.

Curiously though, the bees contained in their homemade plastic hives survived.

It was enough to make the couple re-think what a beehive should look like and how it should provide an environment conducive to good colony growth.

This all led to the development of the B Box, an upright, hexagonal-shaped hive made from high density polyethylene (HDPE) plastic. GOOD STUFF: The honey of native bees has been found to have high medicinal value, providing another possible commercial opportunity for producers.

In keeping with the sustainable theme, HDPE is a recycled product made from things like milk bottles.

Importantly, the materials and design provide an insulation quality to the inner hive, keeping it cool.

Now, after several awards and a stream of media attention, the world is starting to take notice of the new-look honey home.

Australian native bees are stingless and hardworking pollinators, an untapped commodity for use in commercial agriculture systems.

The realisation of this, as well as the need to preserve the species, has pushed the Rosses to invest both money and time in creating a solution to house their tiny native friends.

At the centre of the issue is the fact native bees can't cool their hives as European bees can through water retention and fanning the unit.

It's the core innovation that keeps the Rosses interested.

"Every time we get side-tracked on developing the honey or the budding system, we just keep coming back to the insulation system," Mrs Ross said.

The current model is temperature testing better than traditional honeybee hives, however the Rosses want to see an improvement in this area.

SIGN OF DESIGN: In their natural environment, native bees build their structures in a spiral pattern, which presents a challenge for introduction into a man-made hive.

The interest in bees all began when a swarm made its home in the wall of their mechanical workshop at Beerburrum.

"We didn't want to poison them so we removed the wall internally," Mrs Ross said.

They shifted that swarm into a regular beehive in their backyard and expanded to eventually create the Hive Haven brand, selling honey and hives.

They now have about 35-45 honey-producing hives, which, on a commercial scale, isn't a major operation but it's the innovation work which holds their interest.

Having established the ins and outs of regular apiaries, their interest then turned to Australian native bees.

The timing of the new beehive design endeavour couldn't have been better with Mrs Ross undertaking a business degree at the University of the Sunshine Coast. 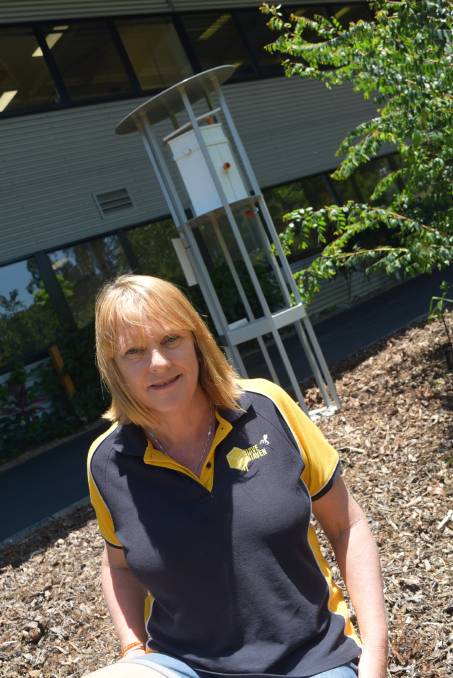 TEAM EFFORT: Ann Ross, pictured outside the University of the Sunshine Coast’s Innovation Centre, says the development of the B Box has been a team effort with plenty of contribution from others.

This provided a new network of contacts regarding design and project development, which she says has been invaluable.

The first few boxes they developed were actually "printed" from a 3D printer.

Plastic engineering firm, Dotmar, assisted with prototype creation, taking it from prototype four to prototype seven. The B Box is a work in progress, however.

It might look architecturally striking in the right setting but a hexagonal beehive on a metal stand (courtesy of Hutchinsons Builders) is not practical for an orchard or paddock.

The pair have started working on a more robust, farm-friendly version of the hive to help with the pollination of crops such as macadamias.

Mrs Ross says native bees are a catalyst for change in the way people interact with the natural environment.

A large, tinted window gives a great view to the B Box situated in the Butterfly Garden at the USC's Innovation Centre, ideal for looking at curious passersby who stop to see what the white box is all about.

"We've received some great mentoring and it's great to be able to share the start-up journey with other early growth businesses.

"I've done a fair bit of observation. People do feel better when they are watching them,” she said. 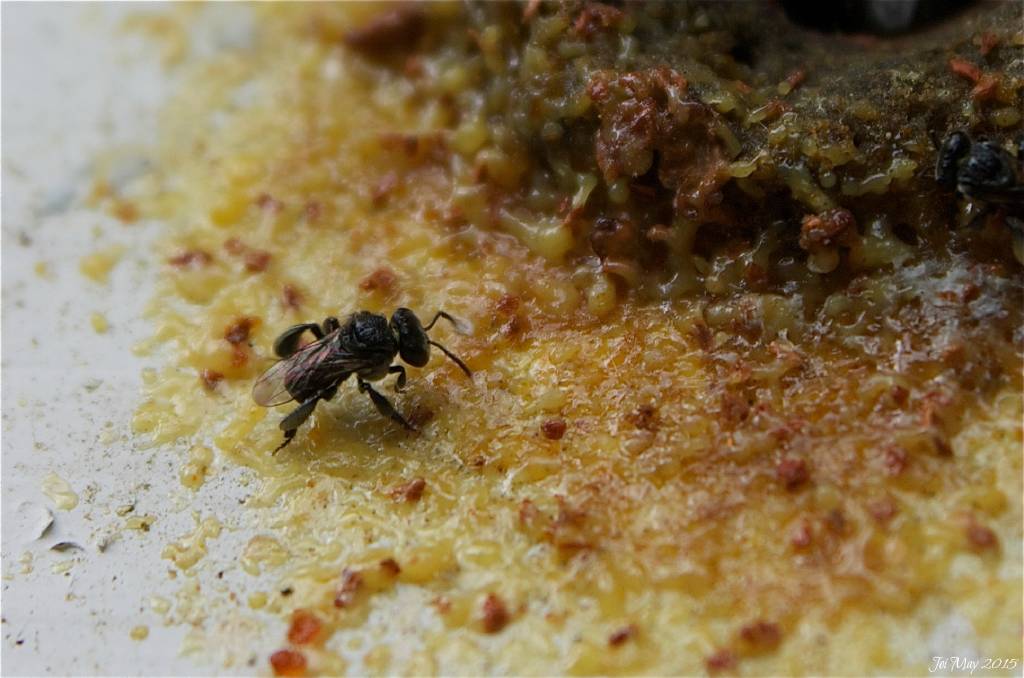 VALUABLE: The honey of native bees has been found to have high medicinal value, providing another possible commercial opportunity for producers.

There are currently hives in various test locations in Queensland, including Maleny Dairies, the Queensland University of Technology in Brisbane, Australia Zoo Wildlife Hospital, Logan City Council Art Gallery and one area that has become a vital source of research and development, Glasshouse Views Retirement Village.

When faced with a design problem, Mrs Ross has become accustomed to contacting the retirement village where the combined brains of eager "tinkerers" toil away on a solution.

"I'd say to village manager, Christine Minetti, can you ask the boys about it and they'd go off on a mission to Bunnings or something.

"A native bee box in people's backyards will be, hopefully, one day mainstream," she said.

"People are saying I've got the veggie garden, I've got the worm farm but I'd really like a hive of native bees."

Mrs Ross said to take the B Box further will require a new level of manufacturing which is costly. SWARM: Native bees making the most of the entry and exit point of a B Box. Parts of the hive have been 3D-printed for efficiency.

"Looking at it logically, it wouldn't be viable to do, but when you look at it way beyond the benefits of pollination; the community connection, and the need to save an Australian species for the future, the money is not the focus," she said.

"We do want to get the product out there. We don't want it tied up in research for years and years.

"We do need someone to take it to the next level."