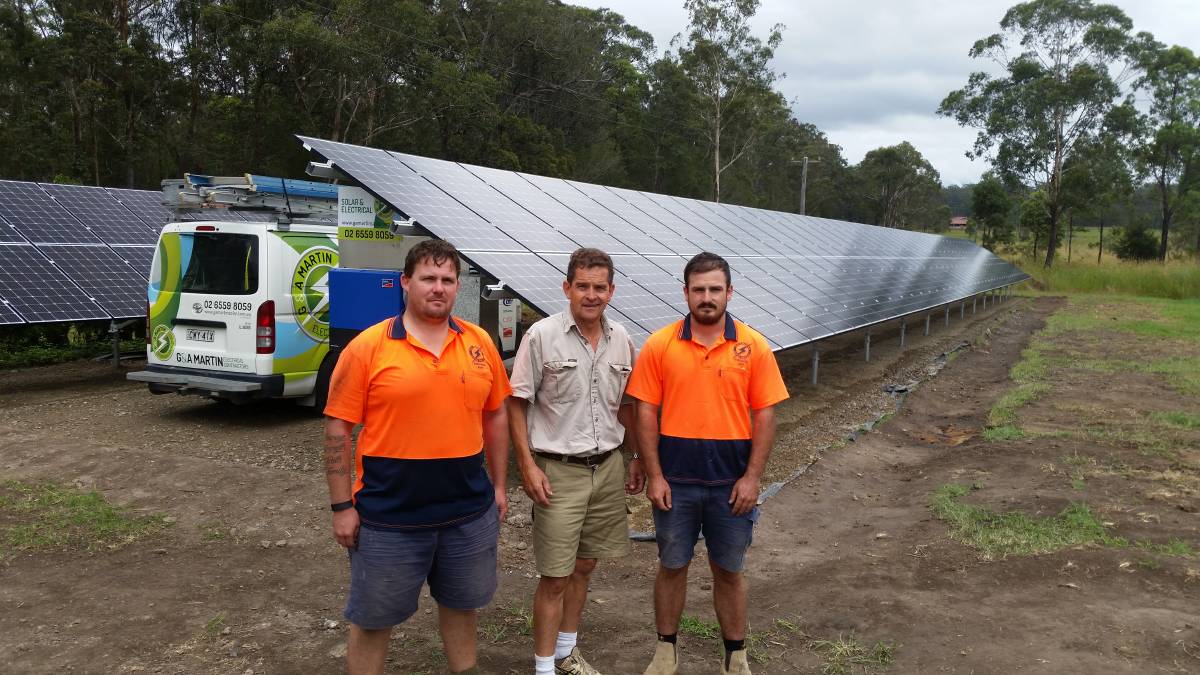 Ricardoes’ Anthony Sarks, centre, with Keith Quince and Jake Kingston from G & A Martin Solar with two banks of the 180 panels under construction.

RICARDOES Tomatoes and Strawberries have done it again, winning the high stakes at the Easter Show by taking out the state’s top award for tomatoes at the Sydney Royal Show.

Judging in the district exhibits competition took place on Wednesday, April 5, on the eve of the 2017 show’s opening day.

It is the seventh time Ricardoes has been awarded top marks for tomatoes, missing only one year in the past eight successive years since first entering the competition.

“The extreme hot weather knocked us around a fair bit but we went in it to try to add some points for our overall district aggregate, for Central District.

“But our Flavorinos, our roma-shape cherry tomatoes, came out on top again.”

Ricardoes is gearing up for school holiday visitors to good new crops of strawberries.

The farm has just installed one of the district’s biggest ground-mounted solar grids to meet heavy energy demands for its air-conditioning, cool storage and Cafe Red refrigeration.

This story first appeared on the Port Macquarie News