SAVED: One of the spur-winged plover chicks held by Ash Walmsley during what he has labelled "the greatest wildlife rescue mission this decade".

A man has selflessly braved the wrath of angry spur-winged plover parents to rescue their three chicks which strayed into his backyard; and filmed it.

THE editor of a national fresh produce magazine has proclaimed himself a hero after rescuing three spur-winged plover chicks in his backyard.

Good Fruit & Vegetables editor and fame seeker, Ash Walmsley, risked life and limb to retrieve the chicks which were hidden within a garden bed while the distraught parent birds attacked him.

While commonly referred to as spur-winged plovers, or just plovers, the birds are actually masked lapwings.

But the correct name was the last thing on the mind of Mr Walmsley when he heard the chirping sound coming from his backyard.

"I knew that was a chick in distress, so it was time for action," he said.

Armed in nothing more than a pair of Stubbies and a t-shirt, Mr Walmsley located the first two chicks, extracted them from the garden, and placed them over the fence to be re-united with the parents.

Just when he thought the task was finished, he heard a third chick calling out and quickly hopped back into action to retrieve and deliver it as well.

Mr Walmsley managed to record the incident with a first-hand perspective on a GoPro strapped to his head.

"It really gives you an insight into the danger I faced and how close I came to being picked-over by plovers," he said.

According to Birdlife Australia, the wings of the masked lapwing (Vanellus miles Charadriidae) are armed with a yellow spurs at the ‘elbow’ (or carpal joint).

"Indigenous people used to say that the birds were carrying yellow spears. Lapwings use these spurs when diving at potential predators or intruders during breeding season, while chicks are running around or when the eggs are just about to hatch," the Birdlife Australia website said. 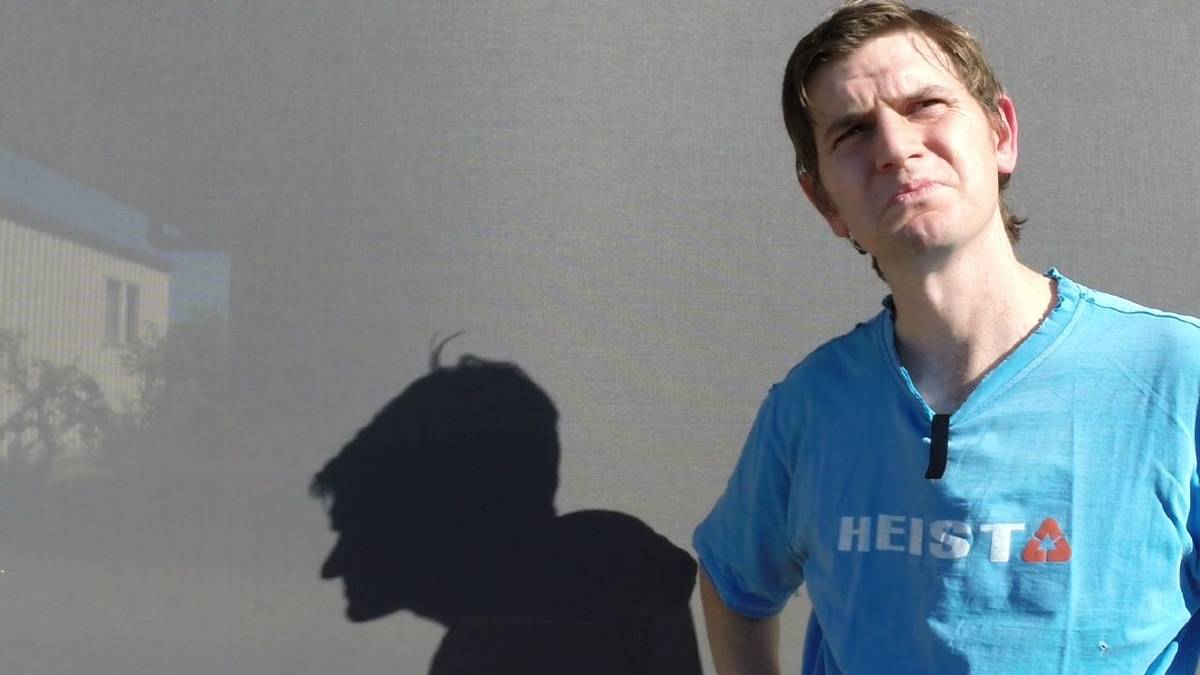 PROUD: Self-proclaimed hero and filmmaker, Ash Walmsley, during an interview he conducted with himself following the rescue three spur-winged plover chicks, or "death birds" as he referred to them.

"While these attacks are quite unnerving, the birds seldom actually strike their ‘victims’, preferring a close approach to scare them away."

This was borne out in the video footage of the incident where the plovers attack but never make contact.

Mr Walmsley said he was comfortable with the hero label despite nobody but himself calling him that.

He said he expected recognition to come once this article was published which he dictated.

He said he was also considering creating a documentary from the footage.