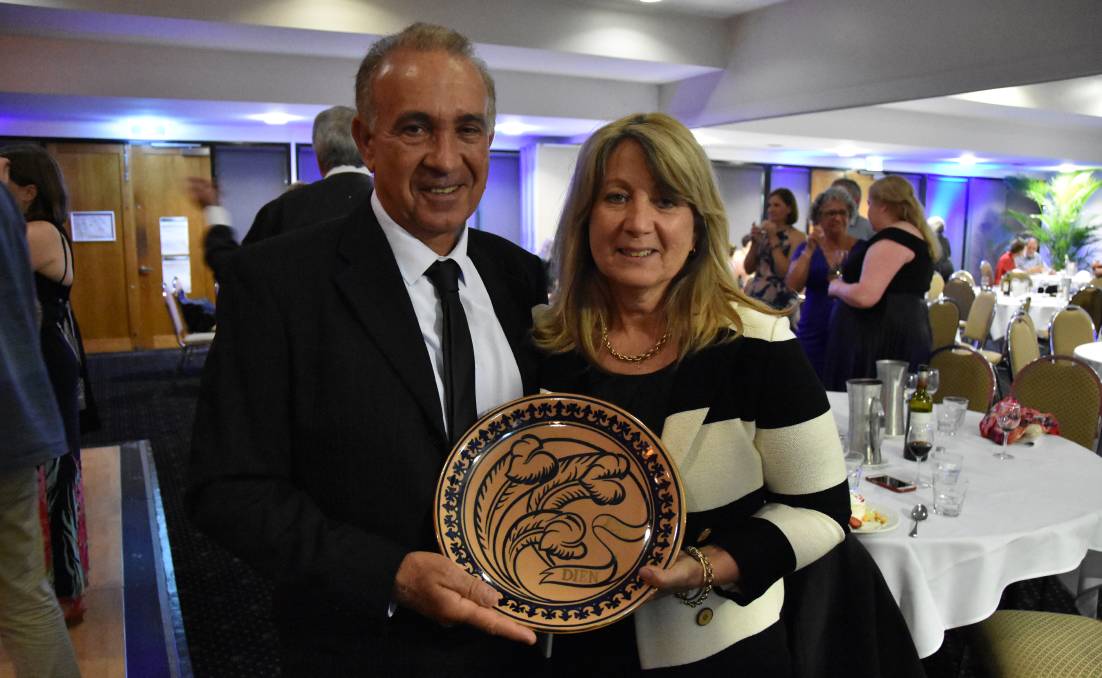 The winners of the annual Reef Alliance Awards were announced in Townsville last night. Find out who took out the top gong.

The Prince’s Trust Australia, guided by His Royal Highness’ leadership in environmental sustainability, were involved with the Queensland Farmers Federation award ceremony for the first time to recognise North Queensland farmers who were introducing new initiatives to protect the Great Barrier Reef.

The Sciacca’s were honored for co-founding the innovative Ecoganic farming system, which enables fungicide reduction of 60-100 per cent. Their ‘Wax Tip Bananas’ are available in nearly all Australian states and territories and are exported overseas.

About 120 people, including finalists, their guests, dignitaries and industry experts attended the event at the Mercure Inn in Townsville last night, where ABC Country Hour host Charlie McKillop was MC.

North Queensland based Senator Ian Macdonald said the importance eco-friendly farming practices in the Great Barrier Reef Catchment area should not be underestimated.

He said over 40,000 jobs were directly linked to the farming sector in North Queensland and farms in the Reef catchment area contributed $5 billion to the state economy annually.

“Australians have the view that they want to see a prosperous Far North farming community… that brings benefits to all of us in Australia,” Mr Macdonald said.

“Landholders in the reef catchment areas know better than most that the future of the reef and their industries are inextricably linked. research confirms that a well managed agricultural sector can really coexist with a healthy reef.”

Reef Alliance Chair Joanne Grainger said the awards were an opportunity to highlight the role farmers play in land stewardship.

“The broad range of excellent projects nominated for these awards is testament to the widespread practice change and innovation taking place in reef catchment areas,” Ms Grainger said.

“Farmers and their communities are voluntarily working to reduce the runoff of nutrients, chemicals and sediment from their land so that we can protect the reef for future generations.”

Gary and Angela Spotswood of Inkerman took out the Reef Conservation Award for restoring the ecological function of Mt Alma’s 100 ha lagoon providing important habitat for wildlife including migratory wader birds and fish species such as Barramundi.

And in a new category, Debra Telford of Mourilyan won the Reef Extension Officer’s Award for her role in delivering grants and extension support to growers to reduce their impact on water quality over 20 years in the sugar industry in Far North Queensland.