The Next Crop forums are a home for good ideas, success and innovation in rural communities and include the whole community. 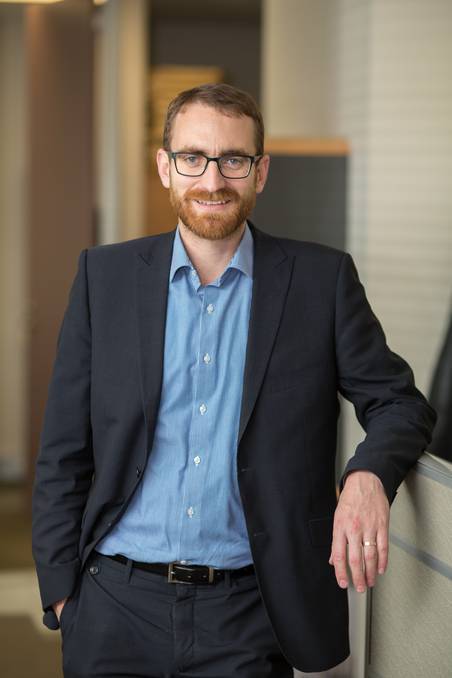 It is up to regional communities to drive their own success, says Regional Australia Institute chief executive officer, Jack Archer.

How does a country town reverse decline, bring vibrancy to its main street and attract industry, families and skilled labour?

The changing landscape of cost competitiveness, technology, globalisation and an ever larger city voice over which regional areas have to be heard, seems insurmountable.

However, it might not have to be the case. Rural communities do themselves a great disservice by holding themselves up for comparison against the big cities, says Regional Australia Institute (RAI) chief executive officer, Jack Archer.

“One of the traps we fall into is we look at growth in big centres and say ‘look at that growth’,” Mr Archer said.

This isn’t to say it hasn’t been tough for regional communities, especially with the gravity that has been pulling people to Sydney.

However, a lot of rural regions across the state have grown to the extent that from 2011 to 2016, the population in rural NSW increased by two per cent.

A meagre figure, perhaps, and it does vary from town to town, but it is growth. This data is from RAI research, which used ABS 2016 and 2011 Census data and challenges the “brain drain” thinking that says rural to city migration is sucking the life out of the bush.

While the city pull is real, there are some shining lights out there where people, or even towns, are leading the way in how to curb rural to urban migration.

This is why The Land and Good Fruit and Vegetables will hold a series of forums this year in eight regional locations.

The initiative is called The Next Crop and will bring together the good ideas and successes through the forums and our print and digital publications.

Whether you are on a farm, or a business in a country town, you are part of a community.

The Next Crop forums will be a ‘town hall’ type event where all members of the community are invited to attend to listen to our speakers, as well as join in the discussion about what rural communities can do to help themselves to thrive. The events include free entry.

The speakers at each town have been identified either by The Land or their community as somebody who has brought positive change or ideas to an industry or their town.

As Mr Archer puts it, “the more that change comes from within, the better off places will be”.

He said locals can drive change and create their own opportunities.

“The simple thing is that nobody cares as much as you,” he said.

The trick, though, is where does a rural community begin to make these changes, especially when facing a lack of interest from our big cities?

The trick, though, is where does a rural community begin to make these changes, especially when facing a lack of interest from our big cities?

One spot to start is our first forum, to be held from 5.30pm at the Cooma Hotel, Cooma, on March 1, at which we will take a look at where others have started.

This forum will include the status quo for regional communities, what Cooma, or its people are already doing to create a better situation, and the role digital connectivity is playing in this town.

“The innovation at Cooma with online education (the Cooma Universities Centre) has bought a lot of flexibility for students in country towns,” he said.

Also, he said the region around Cooma could take advantage of its tourism assets, growing energy industry, proximity to Canberra and already had a record of local ingenuity in the likes of clothing business, Birdsnest, which had become a flagship success story in the area, but particularly for how it had used digital disruption to its advantage in retail.

CEO and founder, Jayne Cay, who lives on “Pineleigh”, Bungarby, with husband Oliver, will be on the panel to explain how and where this can be done.

“A few successes can really be transformative for a small town,” Mr Archer said, regarding how these sorts of businesses could boost employment.

Meanwhile, how rural communities can grow those individuals who seek a career in their hometown, and the role of skilled migrants will also feature.

At other towns, we will also look at how businesses and towns can prepare for the Inland Rail, succession on the farm or in the main street of town, how to develop a career from a rural area, as well as issues such as energy, health and education, infrastructure, the future of jobs in agriculture and what rural communities should be doing now to adapt to and take advantage of change.

Other locations where you can join a forum include Grenfell, April 5; Armidale, May 3; Griffith, June 7; Moree, July 5; Cobar, August 2; Yass, September 6, and Lismore, October 4.

The story Building a better future first appeared on The Land.