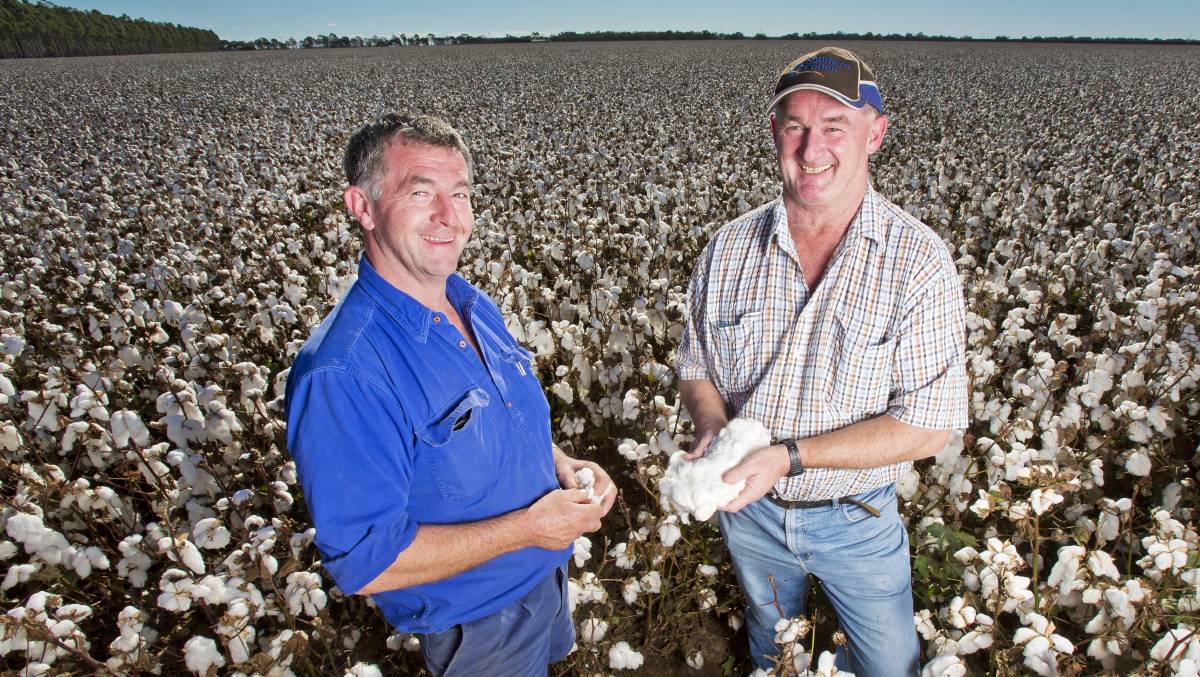 Roger and Tim Commins, Commins Enterprises, Whitton. A hands-on approach to business has seen great success in a variety of diverse enterprises.

Hard-working, risk-taking entrepreneurs continue to build on the successes of their forefathers in making rural communities stronger.

Building a business in a regional area requires grit, determination and self belief. Fortunately, for anyone keen on a start-up job there are numerous examples of country Australians having a go and kicking goals.

Tim and Roger Commins, Whitton, diversified away from broadacre cropping into manufacturing during the 1990s when there was enormous growth in grape production in the newly deregulated Murrumbidgee Irrigation Area.

Rather than follow the pack they set off on their own track and haven’t looked back.

It is that sort of ideal that can grow a rural community into a prosperous paradise.

“At the time Chardonay grapes were bringing $1200 a tonne and people were paying off their establishment costs with the first harvest,” recalled Roger. “But we could see the potential for drama –  there were too many grapes being planted. Instead we saw an opportunity to create a wine storage farm and lease tanks out to growers.”

When they couldn’t get anyone to supply tanks they decided to build their own.

“We had built a few grain silos before, we knew how to make a cone top. When we looked at existing wine tanks we thought, “there’s no rocket science in this”. We bought a MIG and TIG and started welding.”

Of course it was not so simple as all that, but fast forward 25 years and the brothers now employ 30 staff, stable and happy with the diversity of work that has gone into such projects as a liquid fertiliser plant, ethanol storage and irrigation supply.

Their ultimate goal has been the creation of the area’s first cotton gin, without help from the big banks. They didn’t believe it could be done. Cotton, now, has transformed the Murrumbidgee and provided security of community.

“After you realise you can do the first thing, other things just flow on,” explained Roger of the brothers’ success.

“We do a deal on handshake. Our word is good. In the past we sometimes lost money but we learnt and moved on.

“Our parents had a big influence on us. They taught us about hard work and honesty. We took it to another level.”

There are similarities at Inverell, where Boss Engineering finds itself attracting qualified staff, keen to work in a stable environment that prides itself on state-of-the-art productivity.

Director Dan Ryan said 20 to 30 per cent of the company’s 110 strong workforce is from out of the area, with many relocating from the Hunter Valley, Brisbane or Sydney to Inverell.

It’s as simple as answering the phone when someone calls. It’s about us putting the dots together to facilitate those connections. - Cherie Holdsworth, Richmond Valley Council

“Most of the equipment we use is state-of-the-art,” he said. “It is the sort of equipment guys want to use. We find we retain staff.

“Inverell is a nice town. We tend to get skilled staff who want to move from the cities to the country if there is an opportunity. They know that the cost of living here is lower and the lifestyle is better. In the end it’s a decision for those guys to make but if they know that there’s a good industry in town that’s nice and stable then we find they will move here.”

Boss Engineering benefits from keen demand for their products from a burgeoning agricultural sector and a local council and community that is willing to lend support.

At Casino the Richmond Valley Council has been pro-active in its approach to business attraction and is currently working with Brisbane-based Utilitas to construct a bio gas plant on under-used industrial land. They have also attracted medical marijuana start-up Solaris Nutriceuticals, whose president Michael Horsham praised this particular council for its welcoming attitude to new business.

RVC’s Economic Development Unit co-ordinator Cherie Holdsworth said the recipe was a basic one. “It’s as simple as answering the phone when someone calls. It’s about us putting the dots together to facilitate those connections.”

A prospectus of opportunity in the council area also helps to motivate potential businesses to re-locate to the area, or start-up afresh.

“We have a real desire to engage and to  talk to those business who are serious about creating a platform, or who have a desire to succeed,” she said.

At Dubbo, Roger Fletcher runs the largest family-owned integrated sheep business in Australia, yet he started as a drover from Glen Innes with a ute, a motorbike and two working dogs.

“I’m a slow reader and I left school at 15 but I know how to count the numbers,” explained Mr Fletcher of his ability to pick markets.

“I also take a ticket. How many people have had opportunity come to them but they don’t take the ticket.”

Mr Fletcher said skilled staff was vital to a successful business. “We don’t buy people,” he said. “We train them up.

“If there is a biggest challenge to this industry it is that we need access to new markets all around the world. To do that we need to listen to our customers.”

The story Top ticket to success first appeared on The Land.