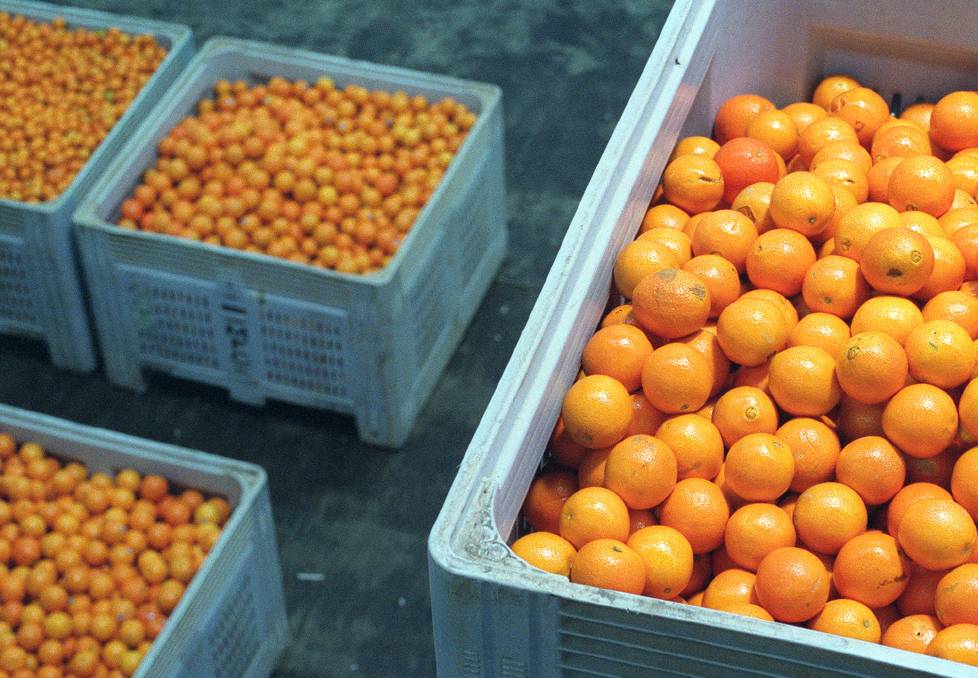 Australian horticulture prides itself on sustainable and healthy produce for export. It's not gone unnoticed by competitor nations.

AUSTRALIA might trade off its quality and "green" status but it's a strategy its export competitors are increasingly copying.

While it outlines that global demand has been growing strongly and is expected to continue, there are increasing moves by other southern hemisphere nations, and even China, to lift environmental farming status and produce quality, moves that could cause alarm for Aussie growers.

China was the top market for fruit, the European Union for nuts and the Gulf Cooperation Council (GCC) for vegetables.

According to ABARES, the demand for fresh produce in developed countries such as Canada, the European Union and the United States is influenced by several factors such as food safety, health concerns, quality, environmental impacts and product traceability.

Although this has created a window of opportunity for Australian exports, billed as "clean and green", other nations are wising-up to the fact.

Southern hemisphere producers including Chile, New Zealand, Peru and South Africa are considered prime rivals to Australia for fruit, while the United States and South Africa compete in the global markets for almonds and macadamia nuts.

China competes strongly in the Asian and GCC markets for vegetables.

"Competition is intensifying because these competitors are expanding production and investing in value chains," the report says.

"These developments have increased China’s capacity to produce quality vegetables, meet the food safety standards of its higher-value domestic markets and increase exports to Asia and the GCC."

"The United States has also implemented laws and promoted industry initiatives to enhance traceability throughout its supply chains," the report says.

For ABARES’ senior economist, Dr Caroline Gunning-Trant, Australia's pursuit of producing quality produce will continue to give it an advantage.

“Exports of fresh horticultural produce were worth more than $2 billion in 2016–17, with strong growth in fruit and nut exports over the past five years," she said.

In his presentation, Costa Group general manager in charge of grape and citrus, Elliot Jones, said understanding consumers’ preferences and expectations about the food they eat is important for export markets.

“China is a fast-growing market where consumers are increasingly brand and quality conscious. High-quality imported produce continues to be a status item in Asian markets,” Mr Jones said.

“But to create sustainable markets for our fresh produce, it is important for industry to concentrate on building critical mass in core markets.

“Maintaining and improving market access protocols will be critical to the industry’s success.

“Our brand and quality consistency will be key to sustaining those markets.”

Despite challenges on the horizon, Australia's horticulture exports in the last decade have gone from strength to strength.

According to the report, in the six years to 2016‒17 the value of fruit exports (in 2016–17 dollars) to the top five fruit-export markets more than doubled, with exports to China increasing five-fold.

"Over the same period the value of nut exports also grew strongly to the European Union (by 265pc), India (240pc) and China (429pc)," the report says.

"Nut exports to Vietnam increased more than 30-fold (from a low base), mostly because of Vietnam's emergence as an important transit point for processing of in-shell macadamia nuts from Australia.

"Vegetable exports to the top five vegetable-export markets increased by more than 28pc."