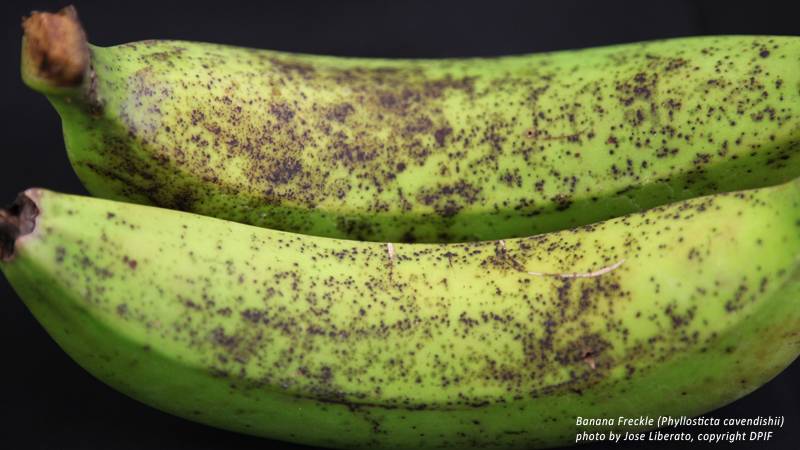 GOING: After five years of work, the NT is almost free of banana freckle.

The Northern Territory is on track to be declared cleared of the banana freckle disease.

THE Northern Territory is on track to be declared cleared of banana freckle disease.

Officers from the National Banana Freckle Eradication Program are currently delivering the final round of banana plant inspections to ensure the Territory can be declared free of the disease.

Banana freckle was first detected in the Territory in 2013 and a $26 million nationally cost-shared response plan to eradicate the disease was agreed to in October 2014.

The eradication program is currently in its final phase, phase 4 – assessment of proof of freedom.

Department of Primary Industry and Resources chief plant health officer, Sarah Corcoran, said the Territory is on track to prove banana freckle has finally been eradicated.

“To be sure that banana freckle has been completely eradicated… inspections needed to be undertaken on more than 300 properties that were previously infected with banana freckle, or that were in close proximity to infected areas,” she said.

“Those properties are currently being re-visited, adding additional confidence over an extended period that banana freckle has been eradicated from the NT for the national proof of freedom submission.”

A proof of freedom submission will be made to the Consultancy Committee on Emergency Plant Pests if no further detection of the fungus is made during the final inspections in the Territory.

“Territorians should be extremely proud of what’s been achieved so far as part of one of the largest plant pest eradication programs ever attempted in Australia,” Ms Corcoran said.

“However as the Northern Territory is still working towards being declared free of banana freckle, it is important to maintain good biosecurity practices and not to unnecessarily move or share banana plants.”

Territorians are urged to continue to check their banana plants for any signs of banana freckle or other pests or diseases, and to avoid moving or sharing plants where possible.