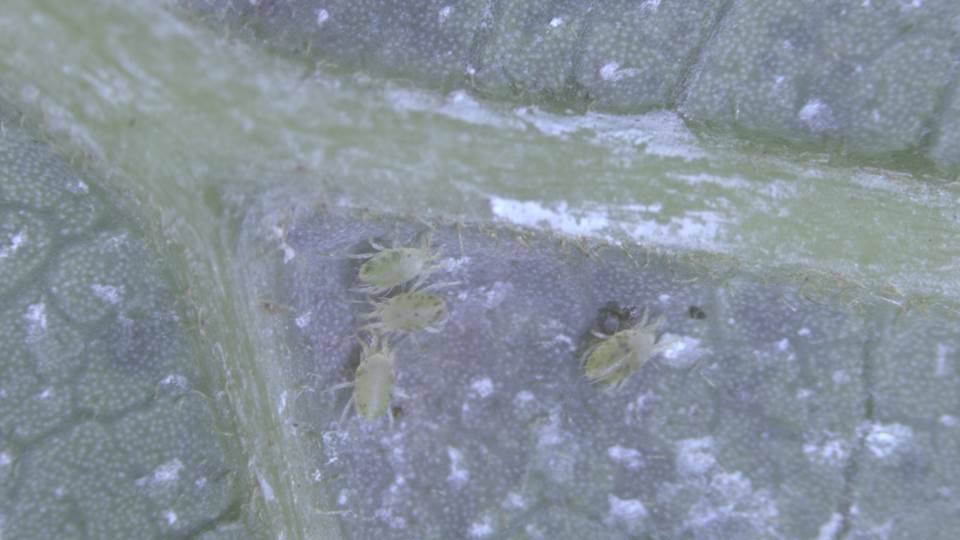 PHOTO 1: Six-spotted mite can be distinguished from other pest mites such as two-spotted mite by the presence of at least three dark spots on each side of its body.

Two researchers write about their progress in looking for a predator against six-spotted mite in WA avocado orchards.

A COLLABORATIVE project between the Department of Primary Industries and Regional Development Western Australia (DPIRD) and Biological Services is looking to determine whether predatory mites can reduce six-spotted mite numbers in WA avocado orchards.

This project has been funded by Horticulture Innovation Australia, using the avocado industry research and development levy and contributions from the Australian Government, DPIRD and Biological Services.

To prevent fruit in defoliated trees from becoming unmarketable as a result of sunburn, trees were strip picked early.

Such action is counter to controlled harvesting. This runs the risk of glutting the market and a resultant fall in returns. 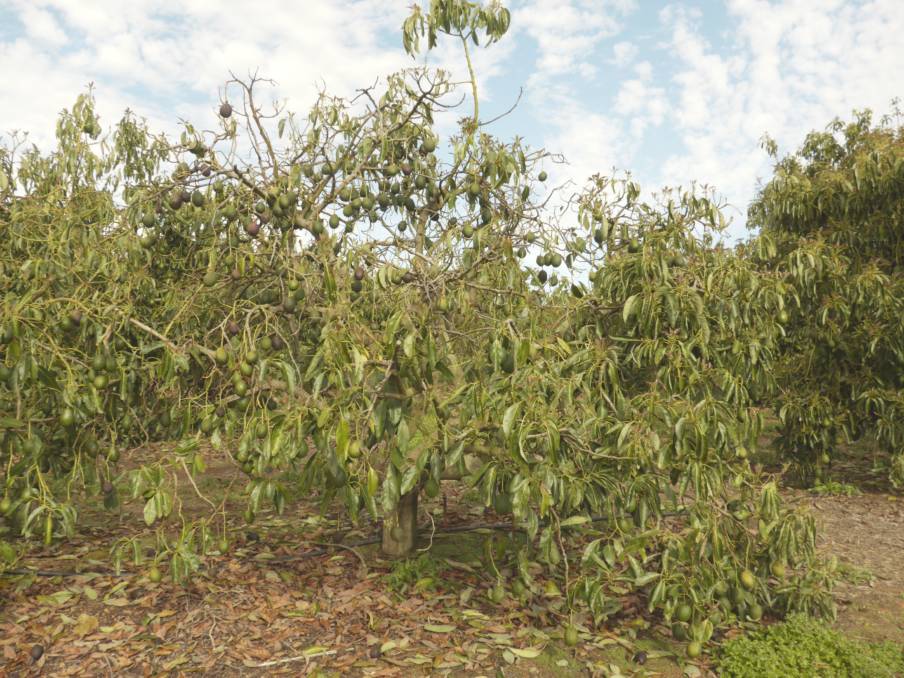 The extent of SSM as a pest in WA seems to be restricted to orchards only in the lower south west around Pemberton.

Avocados grown just to the north in the Manjimup area which are infested with the mite, have not suffered defoliation.

The mite has yet to be recorded in avocado orchards in the Albany and Busselton regions as well as further north around Perth.

In WA, a similar situation of restricted geographic extent of the pest exists – only grapevines in the Margaret River and Pemberton wine growing regions are adversely affected by SSM. 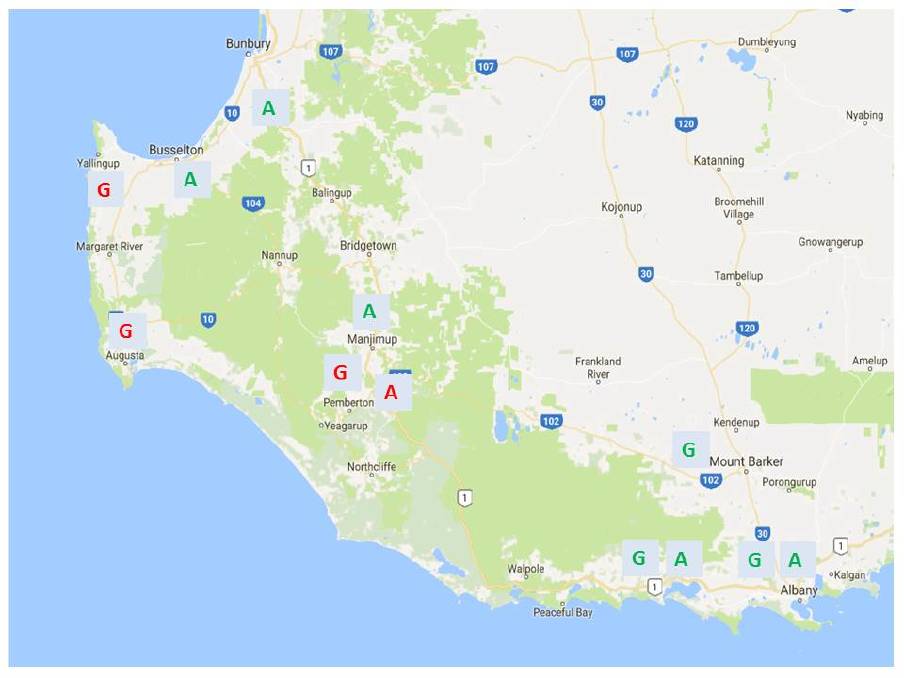 PHOTO 3: The known occurrence of six-spotted mite (SSM) in relation to avocado and grape growing regions of south west Western Australia and within those regions where six-spotted mite has required control: Red ‘A’ and ‘G’ = SSM as a pest in avocado orchards and grapevines respectively. Green letters signify either SSM absent or presence of SSM without damage.

Prior to 2014, avocado production in WA was virtually free of the need to use pesticides, with the exception of treatment to protect trees from the root disease Phytophthora cinnamomi.

To control SSM, the use of miticides has been required to prevent defoliation.

Infestations of SSM have been accompanied by the presence of a ‘naturally occurring’ predatory mite Euseius elinae. Its numbers have been high at times but does not always protect trees from SSM.

In 2016, we commenced a two year project to assess the role of predatory mites - both this naturally occurring species and others available commercially.

We developed an identification guide to assist WA avocado growers to monitor for SSM. 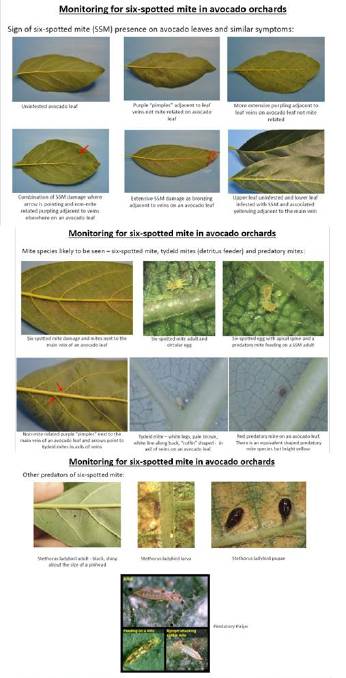 PHOTO 4: A monitoring guide for avocado growers to assist them in recognising six-spotted mite (SSM), look-alike species, characteristic damage to avocado leaves by SSM and look-alike symptoms as well as the key natural enemies of SSM.

To assess the effect of predatory mites, we monitored infested orchards where we released two new species: Metaseiulus (= Typhlodromus) occidentalis and Neoseiulus californicus in 2016, and a third species Typhlodromus doreenae in 2017.

The first series of releases was made in late spring/early summer 2016 in four orchards.

Neither predatory mite appeared to have established to affect SSM to obviate the need to use miticide.

Since that time, a greenhouse study compared the efficacy against SSM of M. occidentalis, N. californicus as well as the naturally occurring E. elinae.

Results suggested that M. occidentalis was the most effective predator. This species was subsequently released in late January 2017.

After an early increase in predatory mite numbers, the population growth of SSM was too rapid to be contained by the predators.

The third species of commercially available predatory mite, T. doreenae, has been confirmed to feed on SSM in a laboratory situation.

This species was released in small areas in avocado orchards in late spring 2017. We continue to monitor the outcome of those releases.

With our monitoring to date we have noticed there is a natural decline in SSM abundance in avocado orchards over summer.

While do not understand the reasons for this, it provides an opportunity to time the releases of predatory mite near the end of harvest to limit the build-up of SSM before winter.

For the remainder of this two year project which ends in June 2018, we will be directing our attention to assessing whether a mid-summer release of the predatory mites M. occidentalis and T. doreenae can reduce SSM populations and limit the use of miticides in avocado orchards.

Other ways of increasing the levels of naturally occurring E. elinae are occurring also. 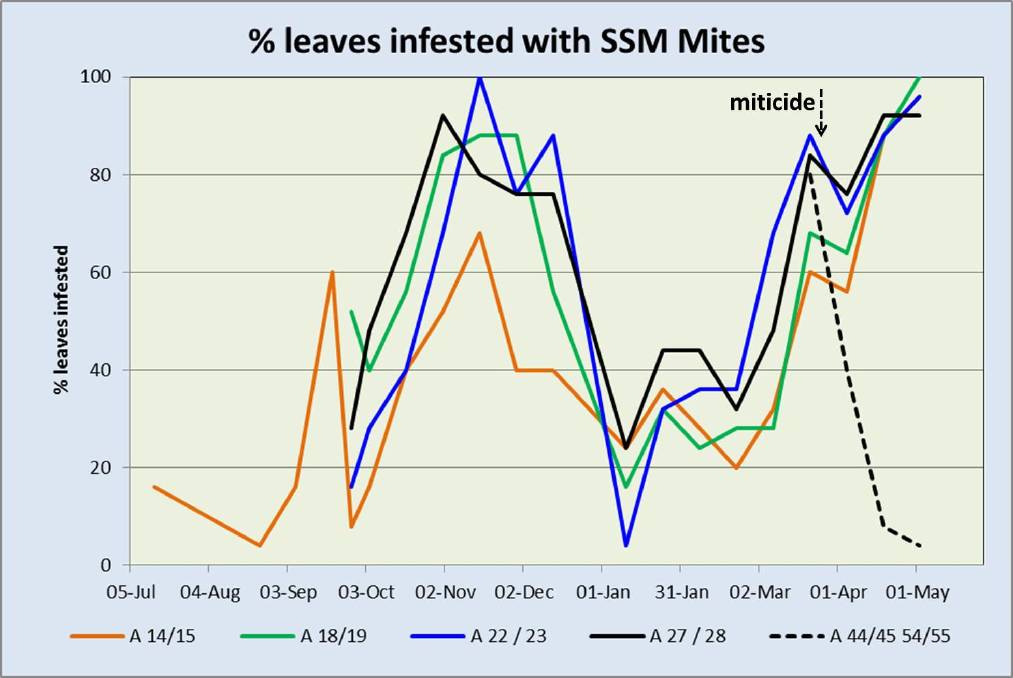 PHOTO 5: This graph indicates the typical fall in six-spotted mite abundance over summer in avocado orchards in Western Australia, a time when controls such as release of predatory mites could be considered.