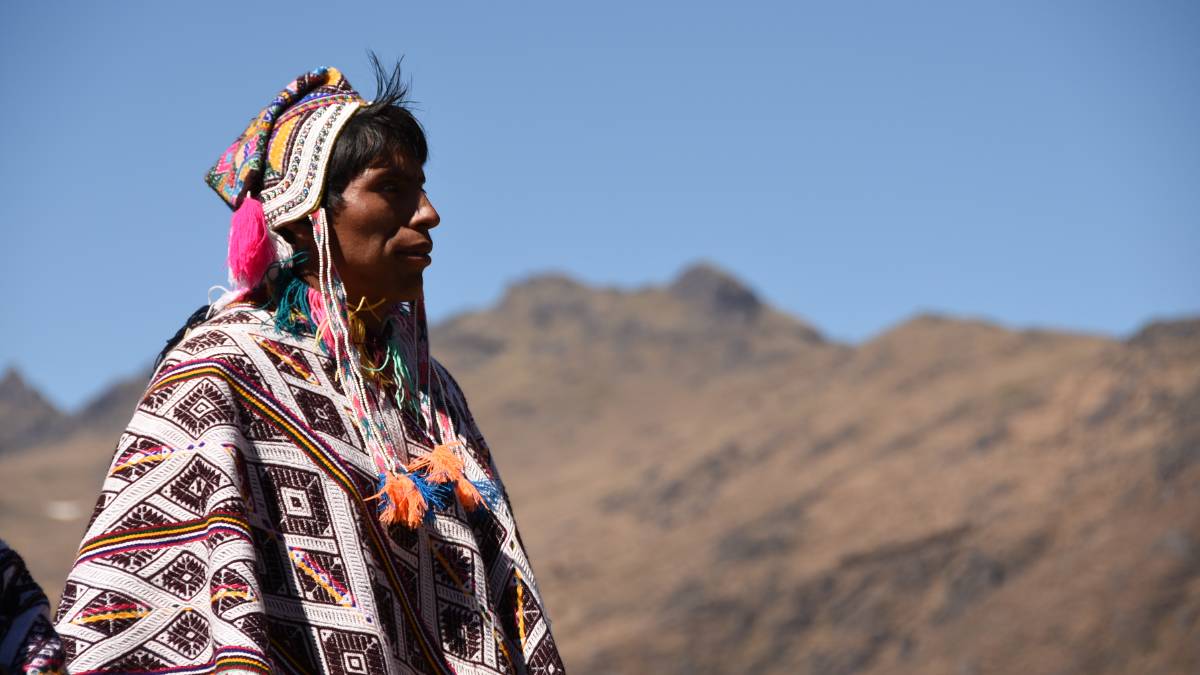 SPUD GURU: A technician from within the Potato Park at Pisaq, Cusco, Peru, explaining how important the potato is to the communities within the area.

A trip into the heart of Peruvian potato production company shows how incredible this vegetable, and country, is.

THE Potato Park is not a Peruvian amusement park based on potatoes, as some might have (ahem), assumed.

It's more incredible than that.

Established in 1998, the Potato Park is 9000 hectares in the Andes region (Pisaq) where six Quechua communities have unified their communal lands to celebrate the diversity of the native potato.

Farmers within the park cultivate about 1400 native potato varieties, growing them at levels between 3400m and 4600m above sea level.

The potato is cared for as part of the family. The growers here use traditional knowledge and practices mixed with innovation and scientific approaches.

We are formed into groups and clamber into mini-buses to be driven up through winding roads, higher and higher into the mountains.

The air is thinner up here. Guests are told to take it easy as they climb up stairs carved into the ground. The sky is cloudless and clear.

We see snow on a far off jagged mountain top.

I can only imagine what the stars must be like in the dead of night, being so high up with minimal light pollution around.

We are taken around several of the communities and each has a story to tell. The smell of smoke and cooking hits us at several stops with some of the communities putting on samples of their potatoes cooked in traditional methods.

This is accompanied by some traditional routines set to drums and pan flutes.

Dust swirls between the women sitting on the ground selling their bright woven material crafts but they are used to it and seem not to notice, despite the tour group coughing and rubbing their eyes. GOING UP: Delegates make their way up the carved-out steps to hear about pest management at the Potato Park.

It's curious how the modern world injects itself into such situations. One of the potato scientists, dressed in traditional gear, is speaking (through an interpreter) about the process of growing plant potatoes, when he stops.

A familiar sound can be heard and several of his colleagues give him a dirty look.

From underneath his poncho he produces a ringing smartphone. He smiles sheepishly and clicks it to silent. 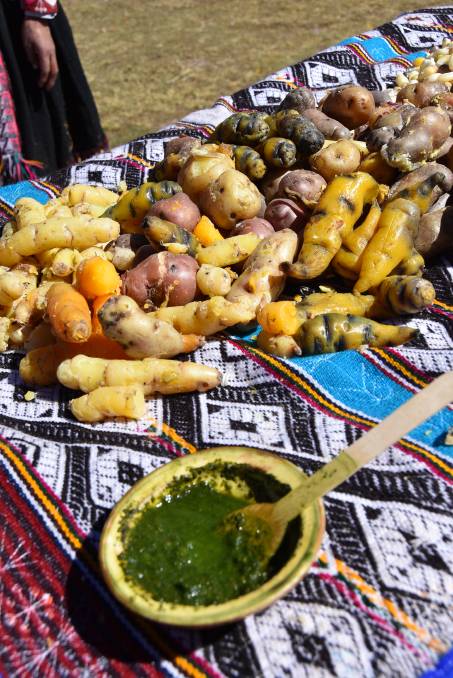 SPREAD: This isn't lunch; just a sample of the potato varieties grown within one of the Potato Park communities.

They might be traditional up this way but they certainly aren't backwards.

Such is the adherence to former ways here that some community spokesman address the crowd in the Quechuan language, which is then translated to Spanish and then into English, via two translators.

An additional culinary highlight for me is trying a tamale, which is made mostly from maize flour and cooked in a banana or corn leaf.

The three I eat (I could have done more but needed to leave room for more potatoes) have sultanas in which make them delectable. 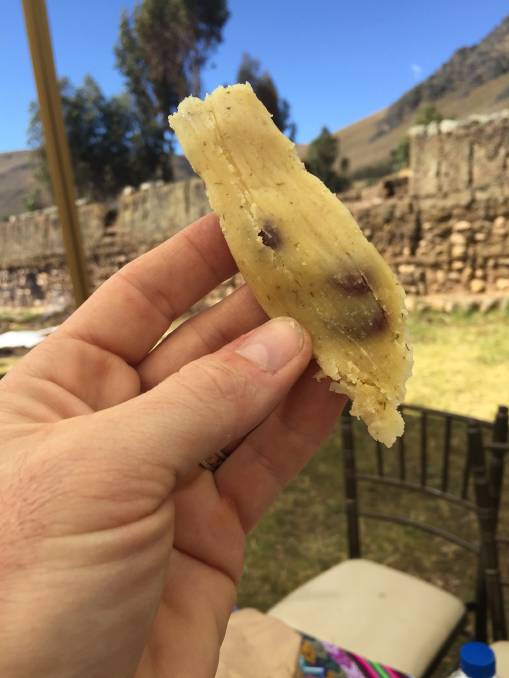 YUM: A tamale, which became something of an addiction for this writer.

This is perhaps the pinnacle of my potato consumption quest; eating native Peruvian spuds at altitude, with the vast backdrop of the Andes behind.

I try more potatoes in one day than I ever have before. Some are short, some are sweet, some taste like our standard potatoes, some are purple, some are technically tubers but I gorge on them all the same. 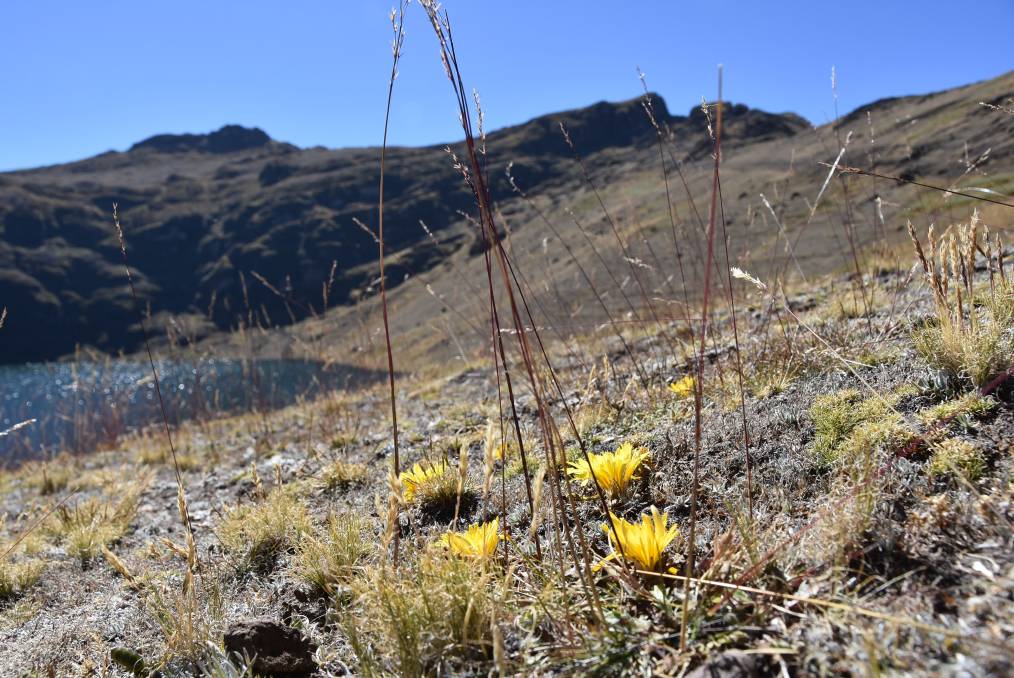 SCENERY: Eye-catching moments abound in the Andes with its contrast of beauty in the detail to the majesty of the surrounding mountains.

To stand here, where every new scene feels like a National Geographic cover, is to put oneself into perspective, to behold a divine artisan's hand that surely does leave "people without excuse". 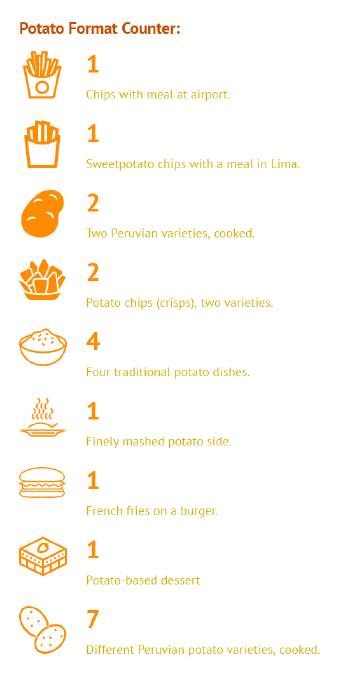