It includes fresh and frozen meal kits, breakfast in a bowl, pizza topped with cooked lettuce and lemon, algae and krill oils and mushroom extract.

That was the message from the VegDoctor, Hazel MacTavish-West, at the recent VegInnovations workshops held across Australia.

“The opportunity for fresh produce is huge,” Dr MacTavish-West said.

“It needs to be focussed on reducing waste in the field and along the supply chain.”

In the past month, she toured Australia, sharing that knowledge at six veginnovations workshops, attended by 120 people.

The overwhelming response from attendees was the improvement in their awareness of what they thought innovation meant.

For Australian vegetable and fruit growers, the opportunities were in product innovation, but more particularly in distribution and packaging. 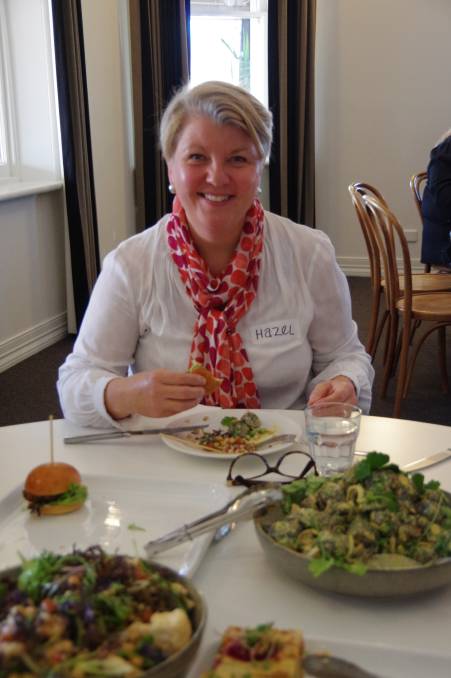 BIG GAINS: Dr Hazel MacTavish-West, aka the VegDoctor, says the opportunities for fresh produce are huge particularly when used with innovation.

“Vegie boxes and meal kits are a major opportunity and shouldn’t be underestimated by growers,” Dr MacTavish-West said.

“They take the thinking and preparation out of the work of producing meals.

“A lot of people think cutting up and preparing vegetables is work; and they would sooner avoid it.

“The challenge for vegetable growers is to take the ‘work’ out of creating and eating a meal.”

When farmers and processors seek to innovate, Dr MacTavish-West suggested breaking down the challenge to create reward along the innovation chain.

This was more likely to lead them into an innovation framework, in a country like Australia where funding often required collaboration with competitors.

There’s nothing else like MasterChef for innovation, in the world. - Hazel MacTavish-West

“Australian farmers produce quality products, but they are challenged by our small population, unlike European growers,” Dr MacTavish-West said.

“In Europe, a grower can undertake consumer research with a much larger population sample than in Australia. They can get a better return on their resources. That lowers their risk profile considerably.”

Travel and exposure to television programs like MasterChef, as well as ingenuity, meant Australian consumers were becoming more like the rest of the world, Dr MacTavish-West said.

“There’s nothing else like MasterChef for innovation, in the world,” she said.

“Our population is also becoming very experimental. I think there’s never been a better opportunity for innovation in vegetables in Australia.”

It may be unwelcome news to meat-eaters as supermarkets and other retailers focus on meeting the needs of a growing vegan and vegetarian population.

For horticulturalists and processors, it is about building opportunity to use the 40 per cent of their crops that fail to meet supermarket specification.

“I was in Europe at the time of the rise and rise of plant-based foods, based on increasing trends towards flexitarian, vegetarian and vegan eating,” Dr MacTavish-West said.

“I saw plant-based versions of everything from salami, to cheese, pulled pork, mince, burgers and so much more.

“I met one of the world’s most innovative food developers, Derek Sarno of Wicked Healthy, who has a huge Instagram following and is now head of plant-based innovation at Tesco (currently the United Kingdom’s largest retailer) and has developed 20 products that successfully launched this year.

“He reminded me it’s not all about where the protein, fibre or whatever comes from. First it’s about compassion; then flavour.”

It has led some processors to diversify as growers, in response to grown consumer demands for attested quality and control along more of the production and supply chain.

“In The Netherlands, I was left pondering all the good things about their diet and lifestyle, because I didn’t see a single fat person.”