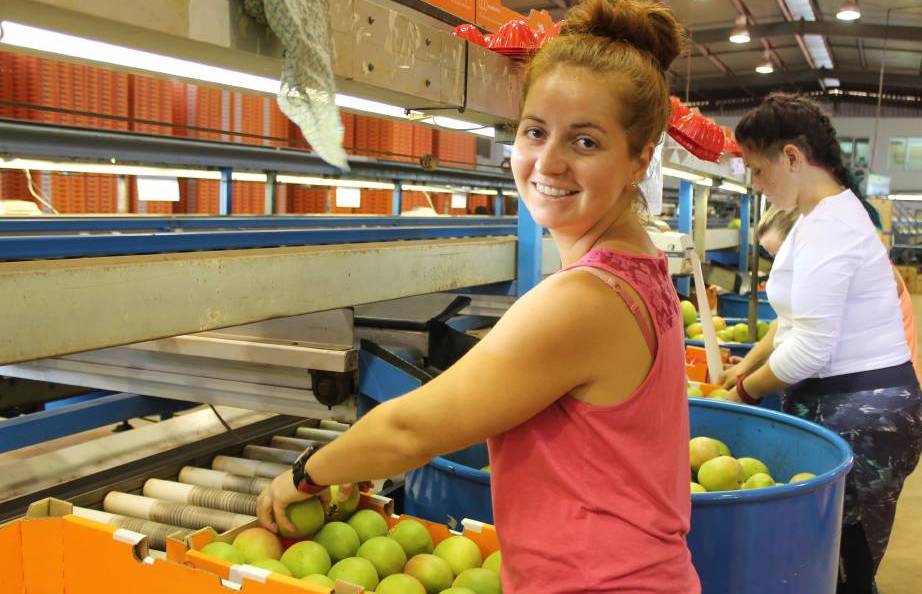 PICK UP: Mango picking and sorting in the Katherine region last year.

Katherine’s mango farmers want to recruit hundreds of pickers for the annual harvest.

KATHERINE’S mango farmers want to recruit hundreds of pickers for the annual harvest.

A new campaign to help attract local workers to NT farms for this year’s mango picking season has received a $25,000 boost from the NT Government.

The Sweetest Job campaign is a partnership between multiple agencies and advocacy groups to help Territory farmers fill the 2500 positions on offer during the eight week annual picking season in October and November. Backpackers have traditionally filled the seasonal roles.

The Northern Territory produces nearly half of Australia’s mangoes. The industry is the NT’s largest horticultural sector, contributing $88 million to the economy annually.

The positions are mainly located on farms in the Katherine and Litchfield areas.

Backpackers have traditionally filled the seasonal roles, which offer significant financial rewards in a short space of time.

But seasonal fruit growers across the country who rely on casual labour have been among the hardest hit by this year’s Federal Government introduction of a backpacker tax.

For more information go to thesweetestjob.com.au

It says people can work six days per week, starting early for up to 10 hours per day, for around 50 hours per week.

“Hourly rate of pay (not piece rate) - rate depends on any qualifications and experience,” the website says.

“This campaign will help raise awareness of the employment opportunities for locals in the seasonal horticultural sector, which can be a pathway to ongoing, stable employment in the sector,” Mr Uibo said.

RDA chief executive Kate Peake said the aim of the campaign was to gain a returning workforce of local employees, to reduce re-training costs and drive job creation within the local economy.

“The Sweetest Job campaign offers growers the chance to build a returning workforce of local residents that will not only benefit our industry but also the communities in the region by opening up opportunities for those who may not have considered our industry for work previously,” Mr Smith said.