DIET: Distracting children with cartoons could assist in feeding them whole vegetables, new research has found.

Sat in front of the telly, kids are more likely to munch away on veggies.

BUGS Bunny may hold the key to increasing a child's vegetable consumption.

Actually, cartoons in general could help.

While numerous reports detail the dangers of excessive screen time leading to childhood obesity, an Australian researcher has found sitting a child in front of the TV could be the secret to getting them to eat more vegetables.

Lead researcher and senior lecturer in the School of Exercise and Nutrition Sciences, Dr Liem said the research was critical in showing the importance of providing vegetables to children as snacking options at all times of day, not just dinnertime.

“We know that less than 10 per cent of Aussie kids get the recommended five servings of vegetables they need each day, so it’s essential we find practical ways to encourage children to eat more vegies,” Dr Liem said.

“Part of that is the way children are offered vegetables, and how often that happens throughout the day.”

The builds on his previous work that showed children ate more whole carrots than diced carrots, when given the vegetables to eat over a 10 minute period.

Dr Liem said his new study, published in the journal Food Quality and Preference, aimed to replicate those findings, but in a real-world setting, and see if children would consume even more of the carrots when given a longer timeframe.

On the first visit half the children were given diced carrots to eat, the other were given whole carrots.

On the second visit they swapped. 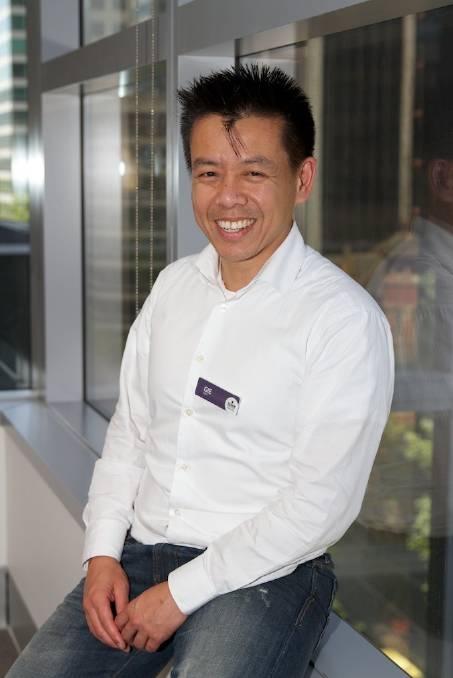 INSIGHT: Lead researcher and senior lecturer in the Deakin University's School of Exercise and Nutrition Sciences, Dr Ghie Liem is exploring the vegetable consumption of children.

“We found that the average child ate double the amount of whole carrot compared with diced carrot, and when they ate the whole carrots it equated to an average of about two servings of vegetables," Dr Liem said.

“This shows that children’s vegetable consumption can be increased by serving carrots as a snack food during entertainment.

"And by changing from diced to whole carrots, consumption can be even further increased.

“So instead of something like popcorn during a movie, you could try carrots, or another vegetable.

"This is really the optimal time for serving vegetables too, as previous research shows we eat a lot more when we are distracted.”

Dr Liem said there could be a few reasons why more of the whole carrots were consumed on average than the diced.

“One factor is that we typically think any serving we’re given is the normal serving size, so we’re likely to finish it," he said.

"When you have a whole carrot in your hand you’re likely to consume whatever is in your hand.

“We also found that children consumed the whole carrots faster, they took bigger and quicker bites, and when you consume something faster you consume more. “It’s also interesting to note that when children were asked to rate their ‘liking’ towards carrots before and during the study, it stayed at a fairly neutral level.

"So these were not kids who necessarily loved carrots, yet we heard no complaints throughout the films, they were just nibbling along, not really paying attention to what they were eating.”

But for parents hoping the "whole veggie" hypothesis will get their kids chowing down Brussel sprouts, Dr Liem has a warning.

“If there is a vegetable a child actively dislikes, especially ones that are bitter, it may be better to start with small portions so they can get a taste first,” he said.

“But if it’s a neutral or favoured vegetable then it could be worth a try.

“Of course not all children are the same, some of those in our study ate more of the diced carrots, but in general our research showed children consume more whole carrots than diced, and we’ve now seen that in two studies.”

Dr Liem said it was good to encourage children to eat as broad a range of vegetables as possible, to increase the nutrients they were consuming.

“But really the most important thing is a balanced diet,” he said.

• Exposure is Key: Regularly give the opportunity to try different vegetables as the more children are exposed to the taste, the more likely they are to eat them again.

• Don’t Force Them to Eat: That doesn’t work and turns vegetables into a punishment.

• Don’t Use Vegetables as a Hurdle to Receive a Treat: That signifies there’s something wrong with vegetables.

• Start Healthy Habits: Make vegetables a normal part of meal and snack time, they could become your regular movie snack.

• Make Vegetables Accessible: Leave them on your kitchen bench ready for when kids come home from school.

• Set a Good Example: Eat a wide variety of vegetables alongside your children.