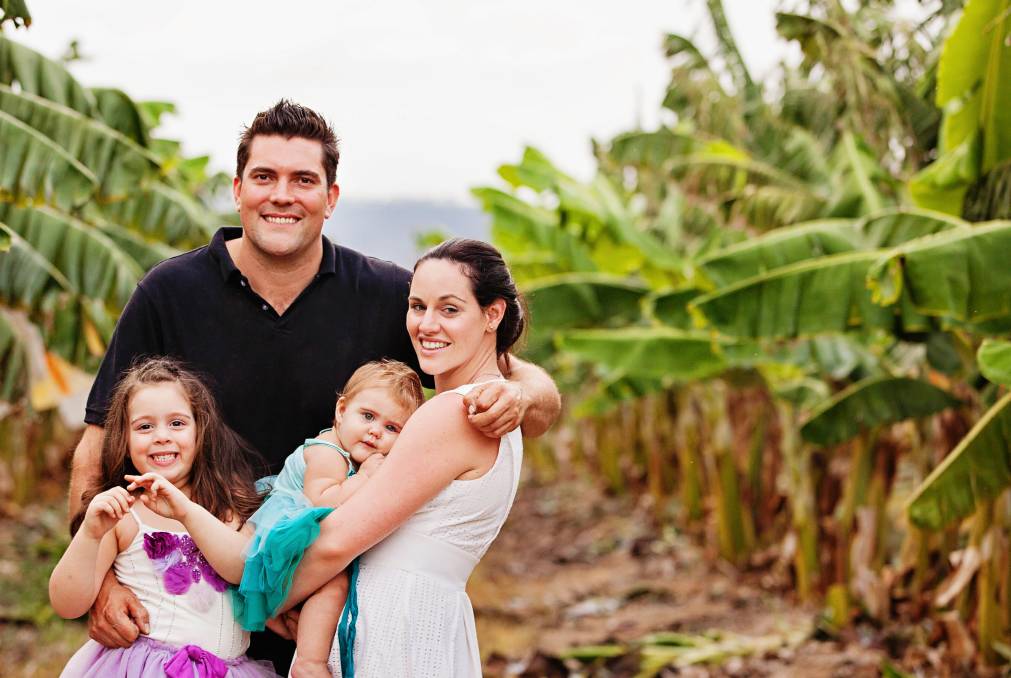 ON FARM: Rob and Krista Watkins with daughters, Kate and Kira.

Krista and Rob Watkins are set to team up with new farmer co-operative groups in Queensland, Victoria and elsewhere to help build processing plants to turn "waste" fruit and vegetables into nutrition-rich food powders in 25 minutes, or less.

Surplus broccoli trucked from southern Victoria all the way to the Watkins' Natural Evolution plant at Walkamin near Cairns as an experiment late last year now sells as a nutritional supplement in Woolworths supermarkets. 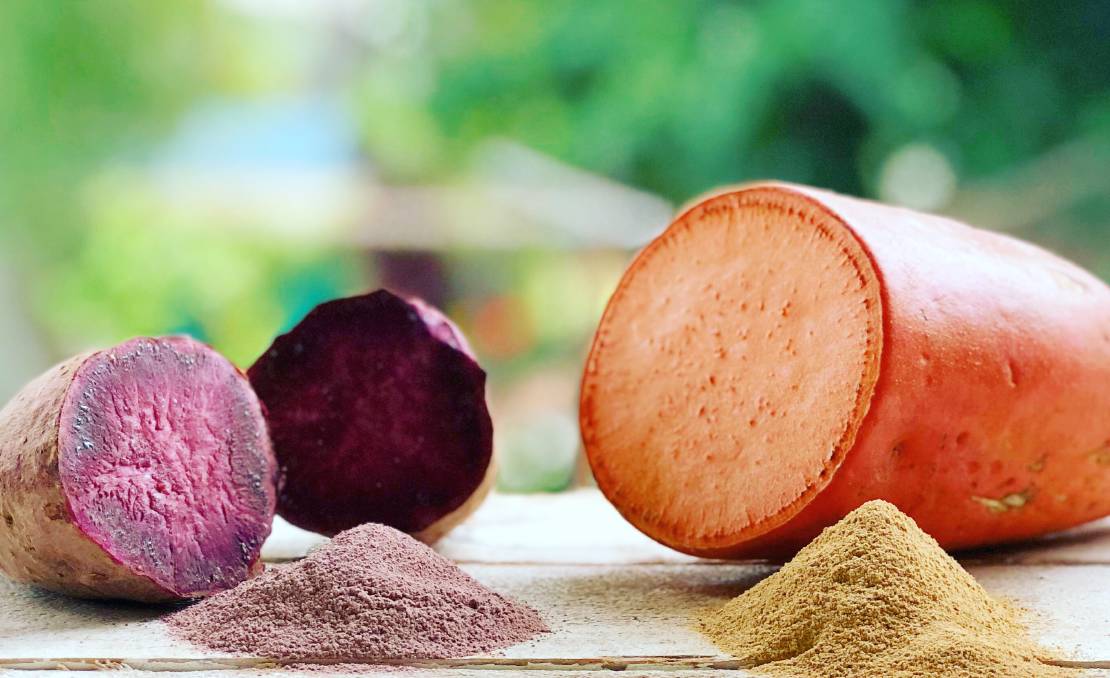 Despite the big freight cost involved, about 60 tonnes of Gippsland broccoli were able to be chopped, dried and turned into powder now used in protein drinks or as a baking ingredient high in iron, calcium, folate and Vitamin C.

Woolworths, which began selling Natural Evolution's ground-breaking green banana flour last year, was also quick to take on sweet potato powder after the Watkins began processing surplus volumes of that vegetable crop which otherwise would have been left to rot.

Unfortunately almost every farmer has excess product, but we have found how to make this waste available for others to use - Krista Watkins, Natural Evolution

Sweet potato flour is now used in mashed potato products, baby food, or as an ingredient in bread, cakes, biscuits, as thickening in soups and stews, or even smoothie drinks.

The current (third) production plant employs eight staff turning 50 tonnes of waste bananas into five tonnes of banana flour daily, but a new factory, with 500 per cent more capacity, will be completed early next year,

It will employ 40-plus workers. 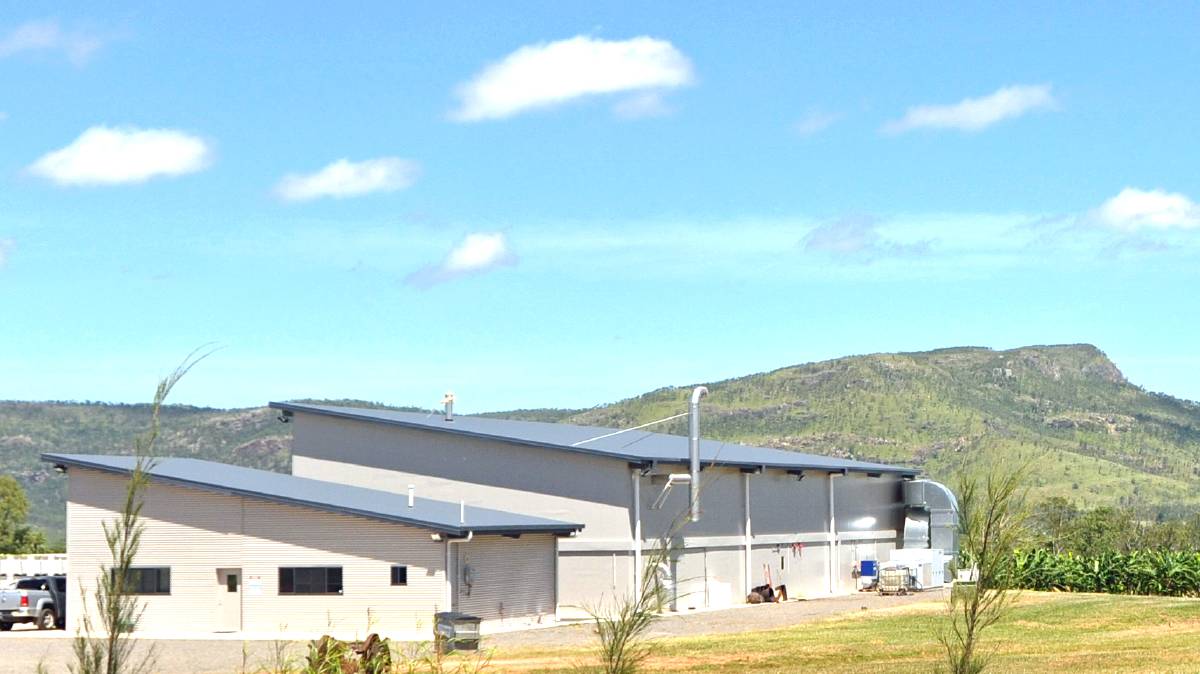 ON SITE: The Natural Evolution processing plant on the Watkins Walkamin farm.

It is being built in partnership with local producers keen to seize on the value-adding premiums available for bananas, sweet potatoes and other surplus produce they currently can't sell.

Natural Evolution will also license its low-heat, NutroLock, drying technology as part of its commitment to other co-operative groups in southern Queensland and Victoria.

The south east Queensland project is still to be finalised, but a processing site is due to be identified later this year.

Overseas processing plant options are also being considered, and local inquires continue to flow in.

Carrots, beans, cauliflower, mushrooms and berries have all been processed at Walkamin, but Mrs Watkins said they could be easily and more efficiently handled at regional factories closer to their production bases.

NutroLock processing was particularly appealing to farmers invariably caught by rain or heat damage to their fresh produce prior to harvest.

"Unfortunately almost every farmer has excess product, but fortunately we've found how to make this waste available for others to use," Mrs Watkins said. 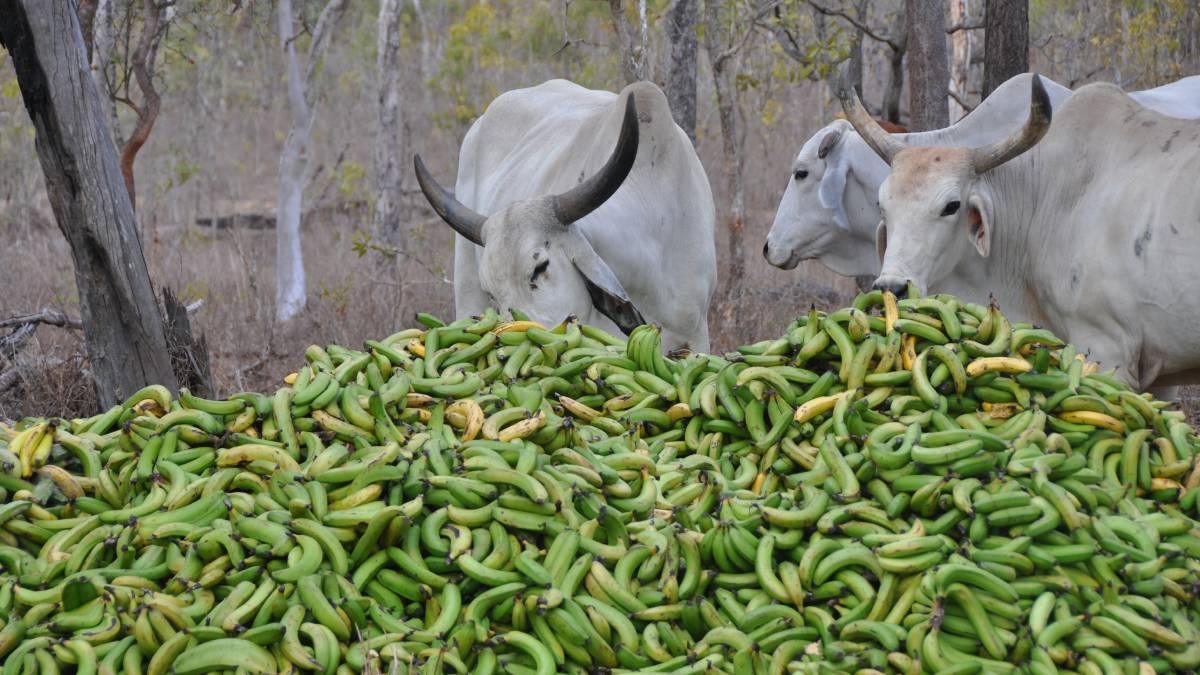 TUCK IN: Cattle feeding on dumped bananas on the Watkins property.

Their confidence in banana flour's rich nutritional market value was stirred on after noticing dumped produce on their own farm repeatedly attracted cattle, wallabies and wild pigs to eat the waste crop.

One of Natural Evolutions' subsequent developments has been an animal grade multi-fibre supplement particularly popular in the equine market.

In addition to its protein powder and baking ingredients, the company also makes skin care products, using banana peel, for animals and humans.

The low energy, farm-developed NutroLock technology has won accolades worldwide for Mr Watkins, including a gold title in New York at the 2017 Edison Awards which celebrate new product innovation and inventing excellence.

He has also invented lady finger banana harvesting and peeling equipment and a polypropylene "blanket" to help protect carton fruit during transportation.

Estimates suggest $4 billion of agricultural production in Australia, or about 10pc of the harvest, is wasted annually - Krista Watkins

His NutroLock drier retains up to 50 times more nutrition than other conventional food processing and powder production techniques such as spray drying.

Mrs Watkins, meanwhile was recognised for her success in building the banana flour market and product range, and her efforts to tackle food waste, winning the 2018 national Agrifutures Rural Women's Award. 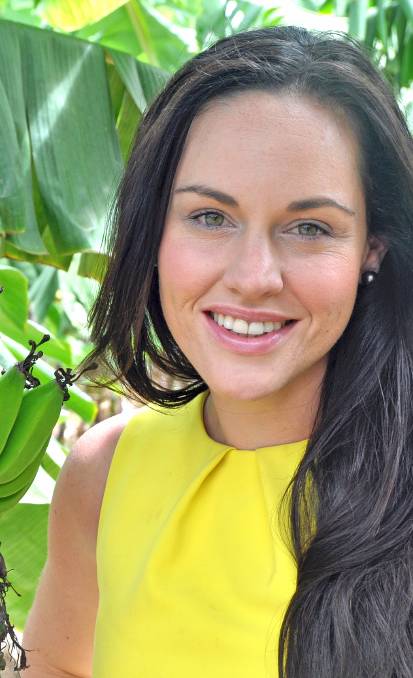 "Every week at least 500t of Australian bananas are dumped before they even get to market because the industry has surplus quantities, particularly in summer," she said.

"Some weeks the agents ring and tell you not to bother sending anything to market."

"Estimates suggest $4 billion of agricultural production in Australia, or about 10pc of the harvest, is wasted annually.

"I think that's a conservative figure, especially in the banana industry."

The company's new factory will be partly powered by solar energy and bio-waste gas.

Mrs Watkins said while Natural Evolution did not pay full market prices for the "second grade" product it used, farmers at least had a market for food they otherwise discarded.

Similarly, individual producers in different regions were unlikely to commit $5 million or $20m to building their own drying plants. 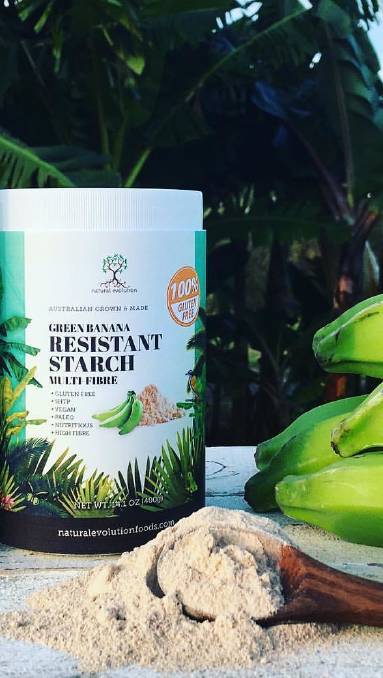 However, Natural Evolution was keen to work with co-op groups where partners may contribute a more affordable $500,000 each to develop a new market option for produce they would otherwise have no choice but to dump or plough back into the ground.

"We can only take a small amount of what's wasted at the moment, but there is lots of potential and the flexibility to handle a big variety of crops," she said.

Powder drying crops like broccoli also enabled stems and leaves to be used, wasting even less than if it had been sent to the fresh market.

"We think farmers should be able to make hay when there's a production excess, making a significant contribution to reducing oversupply and get a return for their effort.