Tipperary is being developed into a highly diversified Northern Australian agricultural operation.

FORTY years ago it was heralded as the miracle pasture that would transform the cattle industry across northern Australia's high rainfall areas.

Now Tipperary Group general manager David Connolly has declared a war on gamba grass, a prolific pasture species originally from Africa that quickly morphed into a weed of national significance.

"Don't get me wrong, gamba grass is fantastic cattle feed if it can be managed and kept short, but on balance we would be better off without it," Mr Connolly said.

"Now we have some great improved pastures including jarrah, Rhodes and Tully grasses and silk sorghum as well as legumes like desmanthus. Tipperary is being developed into a highly diversified Northern Australian agricultural operation.

They're a lot easier to manage and there isn't the fire risk that gamba presents."

Gamba grass was introduced to Australia in the 1930s and was planted with great enthusiasm across a large swathe of the Northern Territory in the 1980s.

Back then the principal pasture species for the region was the native perennial black spear grass.

"The spear grass was only productive for about three months of the year and the rest of the time cattle did it pretty tough," Mr Connolly said.

"Gamba certainly revolutionised pasture production but it came with two major drawbacks: the first was when it grew big, cattle won't eat it and secondly; it creates an extremely hot fire that does more harm than good."

Tipperary is owned by Melbourne-based barrister Allan Myers and his partners and is being developed into a highly diversified Northern Australian agricultural operation under the hands-on approach of David Connolly.

There's plenty to keep the 45-strong staff busy. In addition to 10,000 high grade Brahman breeders and the 30,000 steers and heifers bought in to background for the Indonesian live export trade, Tipperary is also home to the 15,000-head export accredited Honeymoon Feedlot.

The picturesque station also has a significant irrigated and dryland fodder business and has made a major investment in horticulture with 4000 mango trees and a soon-to-be planted 3000-tree lemon orchard.

The station also offers a unique tourism experience and is engaged in carbon farming through an early-season savanna burning program. More recently 60 hectares of cotton was planted to assess the commercial potential of the fibre crop.

"The focus is on the fibre but the seed is a very important input for a cattle operation. We see it as a very good fit for Tipperary."

Located two hours drive south of Darwin, the 386,000 hectare operation is made up of three holdings: Tipperary, Douglas West and Litchfield.

The station stretches from the Adelaide River along the Daly River and has become the stuff of legends in the pastoral industry. 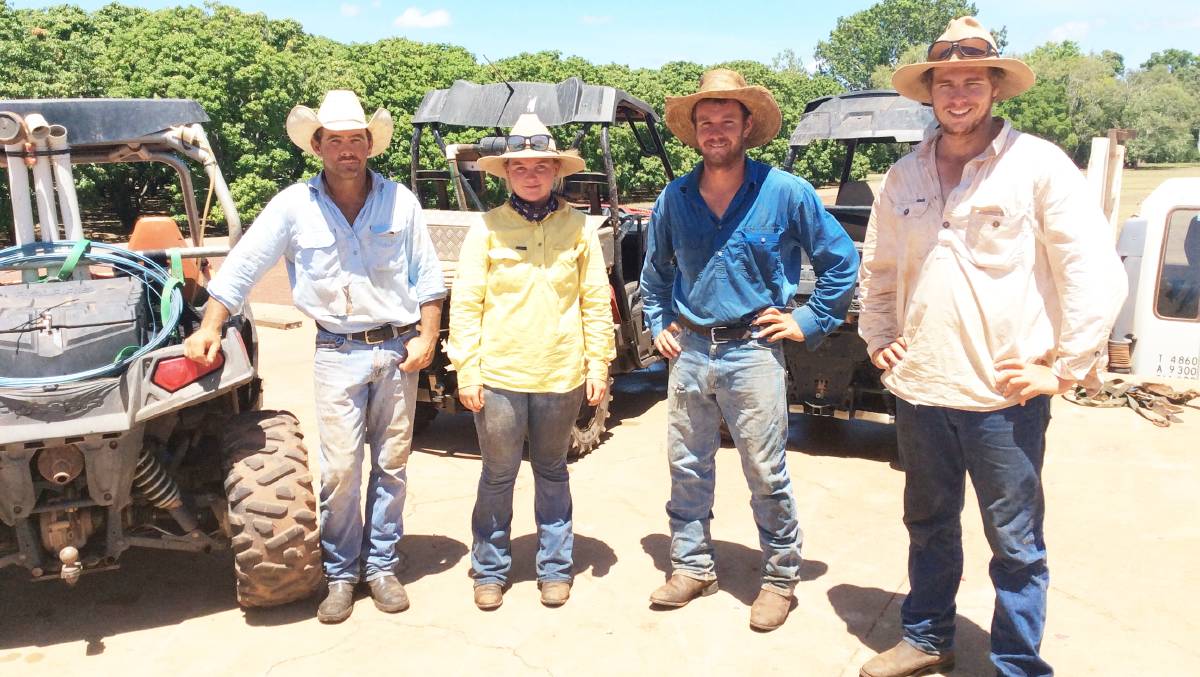 Tipperary shot to fame in the late 1980s under the ownership of entrepreneur Warren Anderson, who not only undertook a massive development program but also establised a private sanctuary to breed rare and endangered animals.

"Everyone seems to have a story to tell about Tipperary, even if they aren't always correct," Mr Connolly laughed.

Mr Connolly said the missing piece of the management puzzle was access to a meatworks, which would provide an important outlet for cattle that did not suit the live export trade.

"We're really hoping that the Australian Agricultural Company's plant at Livingston (about 100km to the north) will be back up and running this year," Mr Connolly said. The improvements on Tipperary are impressive, and are all aimed at increasing the efficiency of the large-scale operation.

Mr Connolly is particularly impressed with the US-built Silencer Crushes, which have been installed in each of the station's five sets of cattle yards.

"We're have the same number of people working in the yards but a big productivity gain through a change in cattle and people behaviour.

"That's a big gain in an operation like this." The homestead complex is akin to a resort. In fact, the sprawling manager's residence has been set aside for special guests who may choose to land on the station's 2.5km long bitumen runway.

Despite boasting a 1500mm average annual rainfall, Tipperary is no stranger to dry conditions.

"This year is what we call a dry wet," Mr Connolly said. 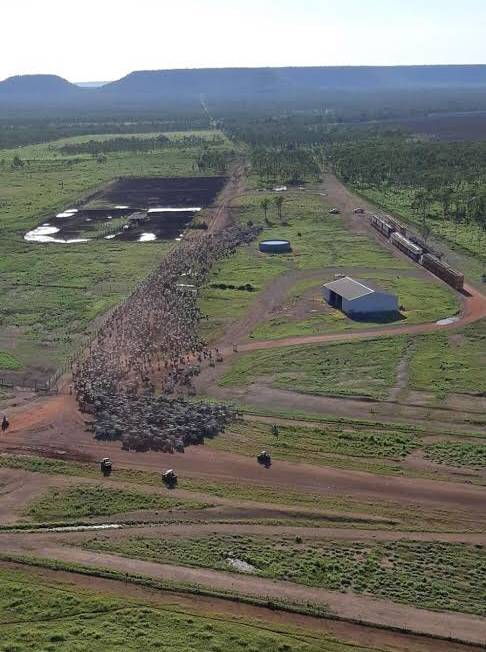 "It certainly looks green. We've had 25 inches (635mm) this wet season but don't be deceived. Come September it will be very ordinary here if there isn't a lot more rain."

Mr Connolly said even though the northern part of the NT was generally blessed with a seemingly extreme high rainfall, it had its limitations.

"This part of Australia is certainly terrific backgrounding country, but challenging for breeding," he said.

Mr Connolly said wild dogs were also an issue but were less of a problem than wallabies and weeds.

"We do shoot and trap dogs but we don't bait. It's important to keep a balance between protecting the cattle and limiting the impact of the wallabies, which are a natural food source for the dogs."