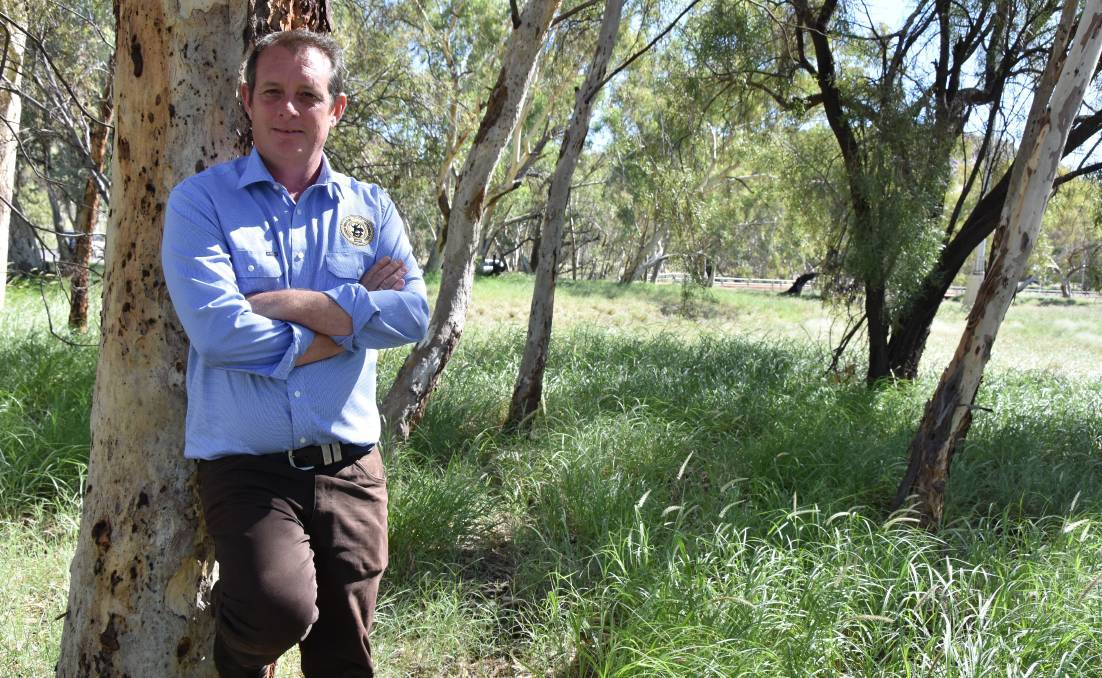 Paul Burke is taking the reins after a short nine month stint as the CEO of the NT Cattlemen's Association which ended last year.

Mr Burke was also a senior executive at AgForce in Queensland.

Mr Burke will take the helm of NT Farmers from July 1.

NT Farmers president Simon Smith said he was delighted to announce the appointment with former CEO Greg Owens agreeing to stay in the ranks.

"NT Farmers are in the enviable position of having Greg Owens remaining in the organisation in the role of industry development manager," Mr Smith said.

"Greg has made a very significant contribution to the NT agriculture industry and retaining his services in a senior position ensures NT Farmers has the capacity to tackle the challenges ahead of the industry." Mr. Smith said.

"Paul Burke has held numerous senior executive roles in large organisations throughout his career, including senior roles in the NT Cattlemen's Association, AgForce Queensland and most recently, Director of Infrastructure, Assets and Major projects within the Department of Primary Industries and Resources here in the NT.

With demand for Australia's high quality food and fibre growing, I look forward to doing my bit to drive the continued profitability, productivity and sustainability of the Northern Territories agricultural sector. - Paul Burke

"With a passion for agriculture and significant executive experience, Paul brings a unique combination to NT Farmers and we are pleased to have someone of his calibre as our new CEO."

Mr Burke said there had never been a more critical time for agriculture within the Territory and he was particularly proud to get the opportunity to lead the peak industry organisation.

"With demand for Australia's high quality food and fibre growing, I look forward to doing my bit to drive the continued profitability, productivity and sustainability of the Northern Territories agricultural sector," he said.

Mr Smith said with a Territory election looming next year, NT Farmers would be highlighting to politicians and voters the importance of agriculture to the economy, and to the social fabric of regional and rural communities.

"NT Farmers believes agriculture has an extremely bright future, but we need governments to adopt the right policy settings so farmers can get on with the job of feeding our state, our country and the Northern Territory economy," he said.