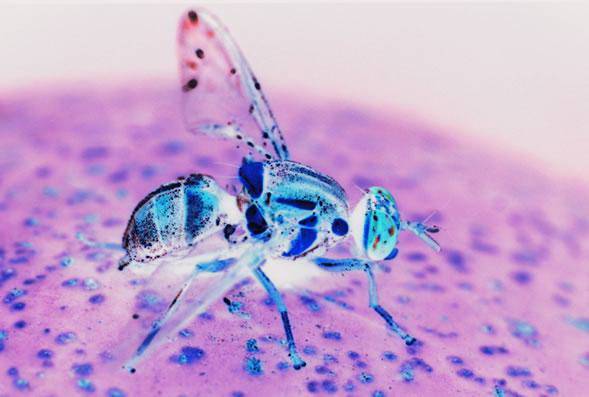 Scientists are aiming to breed out female fruit flies.

BREEDING out female Queensland fruit flies is being explored as an additional strategy to combat the pest in Australia.

A team of national scientists and international collaborators are looking to identify the genetic code that enables the elimination of female fruit flies in overseas Sterile Insect Technique (SIT) programs, so that these characteristics can be bred into a selection of Australia's Queensland fruit fly.

The project is worth more than $4.7 million with Macquarie University at the helm.

Partners at the United States Department of Agriculture (Hawaii), Giessen University (Germany), and Insect Pest Control Section of the Joint FAO/IAEA Division of Nuclear Techniques in Food and Agriculture will lead efforts to identify genes in overseas species, while partners at CSIRO and the South Australia Research Development Institute will lead efforts to develop these traits in the Queensland fruit fly.

Hort Innovation's SITplus program coordinator, Dan Ryan, said millions of sterile flies were already being produced at the Port Augusta factory and released to support the prevention and reproduction of pest populations and outbreaks.

"Qfly costs the Australian horticulture sector $300 million per annum in lost markets by impacting production in two ways - damaging produce in the field leading to yield loss, and by affecting the market access or acceptability of the crops in international markets," he said.

"This research is important because it has been shown that SIT is more effective if only males are released."

Producing male-only sterile fruit flies will be far more efficient and cost-effective in the fight against this destructive pest. - Phil Taylor, Macquarie University

While naturally bred male-only genetic sexing strains are available for some overseas fruit flies, this project aims to develop the technology for the Q-fly, which is the most significant insect threat to Australia's $12.9 billion horticultural industry.

"Producing male-only sterile fruit flies will be far more efficient and cost-effective in the fight against this destructive pest," he said.

"We are looking at innovative science to produce male only flies for release, which will in turn, greatly reduce production and release costs and provide a framework of integrated ecological and behavioural science which can maximise the impact of sterile flies when deployed in Australia."

SIT involves the strategic release of millions of sterile fruit flies to greatly outnumber the wild male population and, as a result, limit the opportunity for wild females to mate with wild males.

The outcome of this disruption to mating is the suppression of subsequent generations of wild flies.