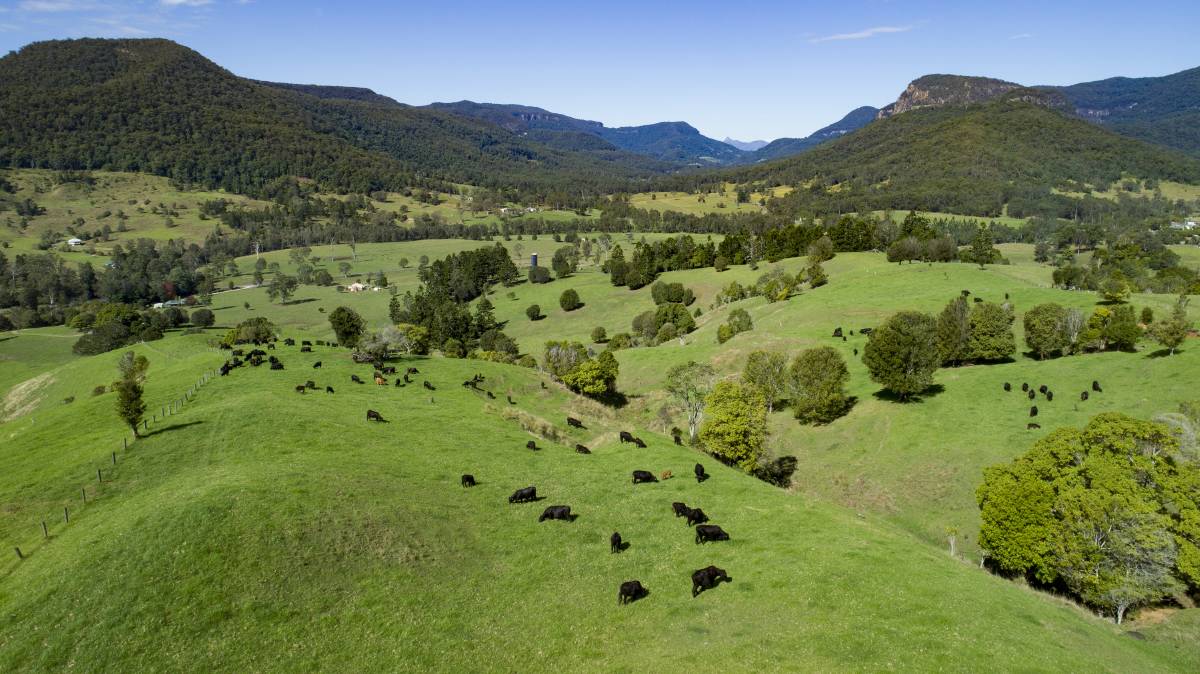 One of the Gold Coasts Hinterland's best-known farms is on the market, to be auctioned on August 2.

ONE of the Gold Coasts hinterland's best-known farms is to be sold. Bonnie Doon is 172 hectares (425 acres) of fertile, rich dairy country, rising from the permanent flow of the Nerang River flats through kikuyu country to stunning ancient rainforest.

Both sides of the road have spectacular views looking up and down the valley and through to Mount Warning and the border ranges along with Shipstern and Egg Rock.

The majority of the property is cleared improved pastures of kikuyu, Rhodes and clovers. The soils in the elevated areas are rich red and volcanic. The creek flats are darker alluvial soils.

At the western edge, the property has around 40ha of stunning virgin rainforest country that bounds Lamington National Park. Along with tall strangler figs and pines are an abundance of unique timbers to the region.

At 172ha this is one of the largest productive holdings near the Gold Coast. The beaches are only a short drive and school bus to schools is at the gate. Numinbah also has a primary school which is within walking distance. At 172ha Bonnie Doon is one of the largest productive holdings near the Gold Coast.

Bonnie Doon has an extensive double frontage to the Nerang River, along with spring fed dams and a header tank which feeds back to round water troughs throughout the property. Large rock water holes in the river have been enjoyed over the years by kids and adults alike.

Owned by the Yaun family for over 100 years, the property was used as a dairy farm until 2007. Now Angus and Charolais cows feed on the improved pastures. Bonnie Doon has a double frontage to the Nerang River.

It has been an emotional decision to sell Bonnie Doon by the family.

"We have loved living here but at some point, with multiple beneficiaries, we needed to sell the property and convert to cash so we can all move along with our lives," the Yaun family said.

RELATED STORY: 'Cheriton passed in at auction for $3.75 million'.