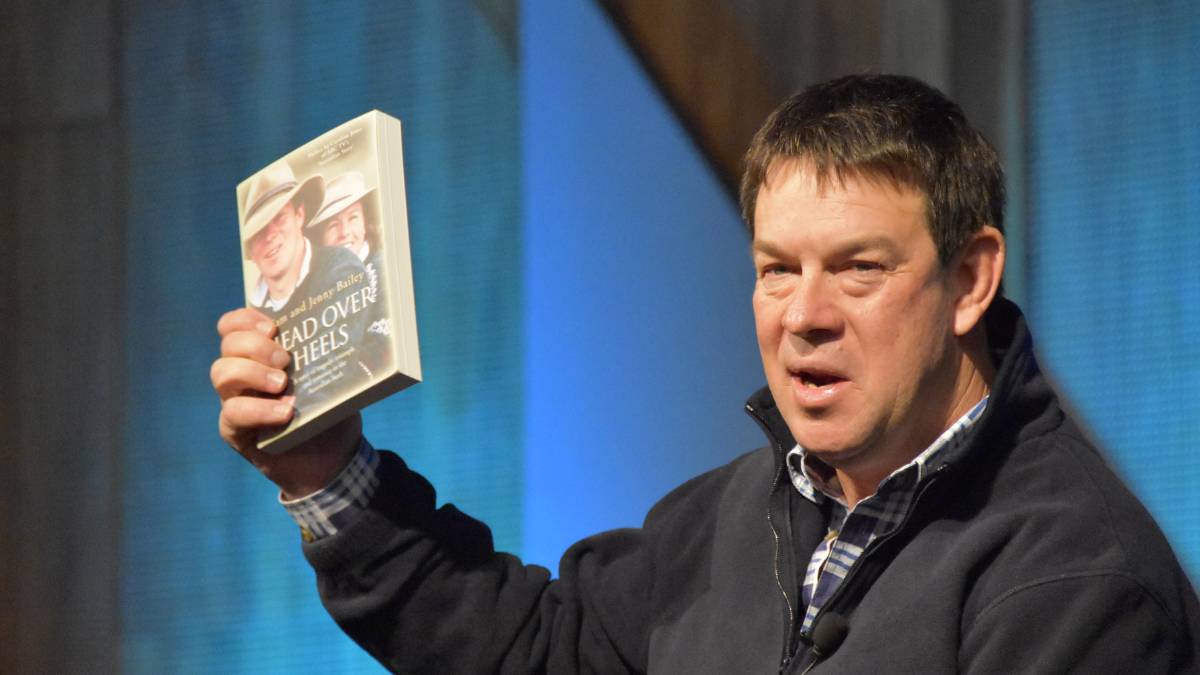 SAM Bailey wants to become the first quadriplegic in the world to fly a helicopter.

That's a bold ambition for a cattle producer but taking on big challenges is part and parcel of Mr Bailey's character.

Mr Bailey was the guest speaker at the Syngenta breakfast on the final day of Hort Connections 2019 in Melbourne.

Post by Sam Bailey speaking at the Syngenta Breakfast.

He re-told the story of how, as a 19-year-old, a car accident put him into a wheelchair. Determined not to give up on a dream of working on a farm, Mr Bailey modified machinery and found his own way to get things done.

This went further to the point of him getting his pilot's licence and marrying former ABC Rural reporter, Jenny Black.

The couple wrote a book entitled Head Over Heels which has become a bestseller. They now tour the country on motivational speaking engagements.

But it's his latest project, Helifirst, which is driving Mr Bailey even further.

His goal is to be able to fly a helicopter into schools to inspire children to fulfil their own dreams.

The project is sponsored by the Commonwealth Bank and it requires modification of a Robinson R44 Raven II helicopter which is currently underway.

Mr Bailey spoke about his life and relayed his admiration and love for his wife.

"I'm a very, very, very lucky bloke. I get to spend every day, all day with an extraordinary girl. She gave me a wife; she saw through all this and she saw just Sam and she has just taken it all in her stride," Mr Bailey said.

This year, the Syngenta breakfast supported the work of the Sargood Foundation.

"They are doing some magnificent work to help support and rehabilitate those with spinal injuries," Mr Sippel said.

Syngenta committed to donating $5 for each delegate that signed up to the Sargood Foundation newsletter.