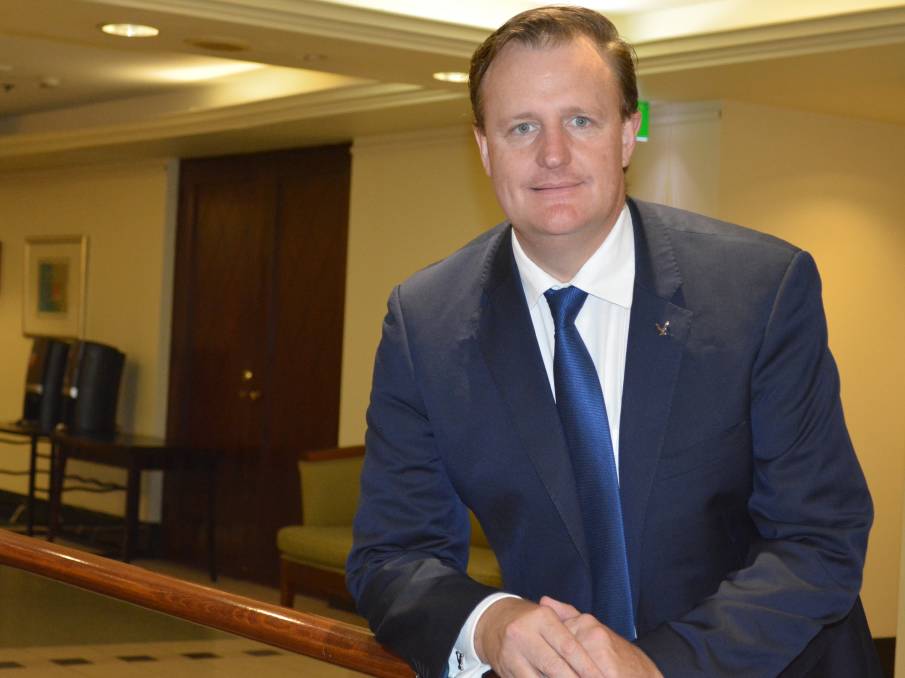 Asia's eating and shopping habits might seem to be rapidly growing more westernised, but Australian exporters should not ignore another reality - the popularity and profitability of traditional wet markets.

Despite the rise of western retail trends, by far the main source of groceries bought in much of Asia continued to be traditional markets.

Live export cattle sales from Australia and elsewhere would also continue to be an valued part of the food supply chain in South East Asia.

He said the live trade would not, and should not, shut down.

"We spend a lot of time in Australia talking about premium products and branded product, but when you look at Indonesia, for example, there hasn't been any real change in the popularity of traditional style markets," Mr Setter said.

"In fact, governments have probably encouraged them."

When you look at the profitability of supplying traditional markets and talk to our customers (in Asia), it's often pretty similar to branded - Troy Setter, Consolidated Pastoral Company

Indonesia would be the world's fourth most populous nation by 2022 and increasingly wealthy, but traditional open air-style markets were still the venue of choice for about 83 per cent of food shoppers - only 3pc less than in 2012.

The share held by supermarkets and hypermarkets was largely unchanged, although mini-mart convenience stores had risen in popularity.

Mr Setter told the Farm Writers Association of NSW wet markets and farmers' markets were popular because they weren't expensive, and consumers valued their trusted relationship and regular connection with farmers, butchers or other vendors.

The story was similar across much of Asia, despite the region's booming economic growth and western influences, and the rush of premium branding and marketing activity by exporters from Australia and elsewhere.

In fact, the traditional market theme was even relevant in Australia where weekend "farmers markets" connecting shoppers with producers were now popular in metropolitan areas.

"When you look at the profitability of supplying traditional markets and talk to our customers (in Asia), it's often pretty similar to branded," he said.

"The revenue line might be high and exciting for branded, but the margin is the same."

Although Asia's wealthy, high-end consumers may want premium name, quality foods, which can sell at exceptional prices in glitzy retail centres and restaurants, Mr Setter felt it was worth stepping back and questioning if exporters were getting good value from their branded push.

"I'm certainly a big believer in selling branded product and Brand Australia, but when you look carefully you'd have to ask if some individual companies have the right relationships with the market," he said.

"Parts of the Asian market have matured so much we no longer get a good share and value with branded product."

Although now being sold down by its UK parent company, Terra Firma, and only 75pc of its size a year ago, the $700m Consolidated Pastoral Company is Australia's largest privately owned beef cattle business.

It produces 25 million kilograms of beef a year from it's remaining 3.5m hectares spanning nine properties in Queensland, Northern Territory and Western Australia.

Two feedlots it majority owns in Indonesia supply butchers and supermarkets in Sumatra with cattle shipped from its Australian stations .

Mr Setter accepted many people believed the live export trade could shut down, but given the realities of Asian demand for red meat from Australia, Brazil, India and elsewhere, he doubted it would happen.

Animal activists were working hard for a ban, but many of those same campaigners also believed humans should not keep animals as pets.

"We have higher mortality rates in the paddock than we do on live export ships," he said.

"We also recognise we've got to do more work to reduce mortality rates in the paddock - which we're doing - and we continue to look at how to improve our shipping activities."

It was critical for all livestock producers to "step up and do the right thing" to identify and correct poor livestock management in the live export trade, or any other aspect of agriculture.

"In agriculture, our stakeholders are not necessarily our shareholders or our customers - they're likely to be people who we don't have a direct relationship with at all," he said.

"If we're not listening to what they say about our business we'll have a pretty short future in this game."

For the beef industry to maintain its social licence everybody in the sector was responsible for "blowing the whistle on those doing the wrong thing", but also promoting good management, including environmental stewardship achievements such as declining carbon emissions and renewable energy goals.

Australia's red meat sector had a significance which went well beyond agriculture's boundary fence, generating $65b a year in economic turnover, $13.3b in export earnings and providing almost 440,000 jobs.

Internationally, more than 1b people depended on livestock value chains for their livelihoods.

In an interesting twist, even in Europe where 20pc of consumers don't eat meat once a week, workers at McDonald's outlets are serving up more meat patties than ever before since the fast food chain introduced a "McVegan" burger in Nordic countries two years ago.

The McVegan had been credited with encouraging a new cohort of vegetarian diners and their meat-eating friends and family to visit McDonald's, which in turn, had sent sales of beef burgers higher.