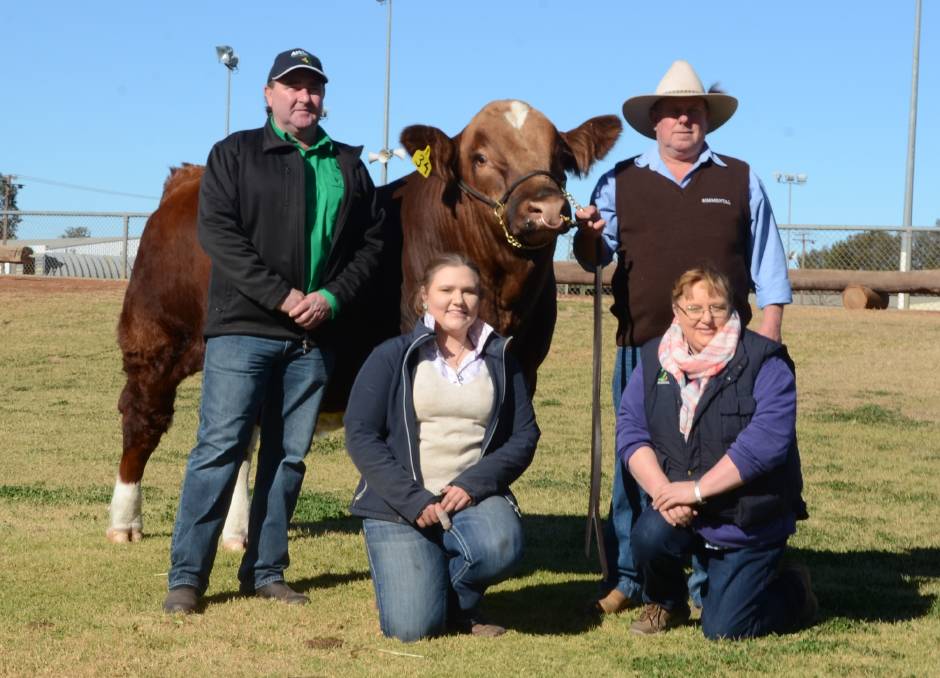 The South Australian school started the stud with help from Grantley and Vicki Muller and their children Christopher and Nicole of Rellum Farms stud, Mt Gambier, in 2006.

The school competes at local schools, as well as the Melbourne and Adelaide royals.

Among the other highlights for Grant High School have been having a steer in the Borthwick Trophy-winning team of three purebred steers at Royal Melbourne Show in 2010, with a steer from the Baker family, Woonallee stud, Furner, SA.

"We've had strong support from cattle breeders in the state who provide us with steers every year."

The school's most recent outing was at the 2019 Simmental National Show and Sale at Dubbo in June, where Mr Cram and Mr Muller exhibited 20-month-old bull, GHS Nicholas, by Woonallee Hussey and from Woonallee Regal, a cow purchased from the Baker family. GHS Nicholas sold for $4000 to Matt Nicole, Kingston, SA.

"This is the first time we have competed at the national show and sale, and he was third in his class," Mr Cram said.

"I didn't bring any students with me this year, just because of the sheer distance and for them to be away for that many days.

"It was a bit different for me, not having 15 to 20 students to keep an eye on while trying to show cattle like we do at Adelaide or Melbourne."

Grant High is fortunate to have about 12 hectares of farming land for the ag plot, Mr Cram said.

Students can study agriculture from year 9 and in year 10 they have the opportunity to study Certificate II in Agriculture, in partnership with TAFE SA.

"Pretty much every student that has gone through that has gone on to further study in agriculture or picked up jobs, mainly in the dairy industry, which is one of the biggest industries about Mt Gambier," Mr Cram said.

"We also have students now working for vets. Every student that's done the Certificate II course has found employment in the agricultural industry, which is what we are all about."

The story The Simmental Advantage: Encouraging ag careers first appeared on The Land.