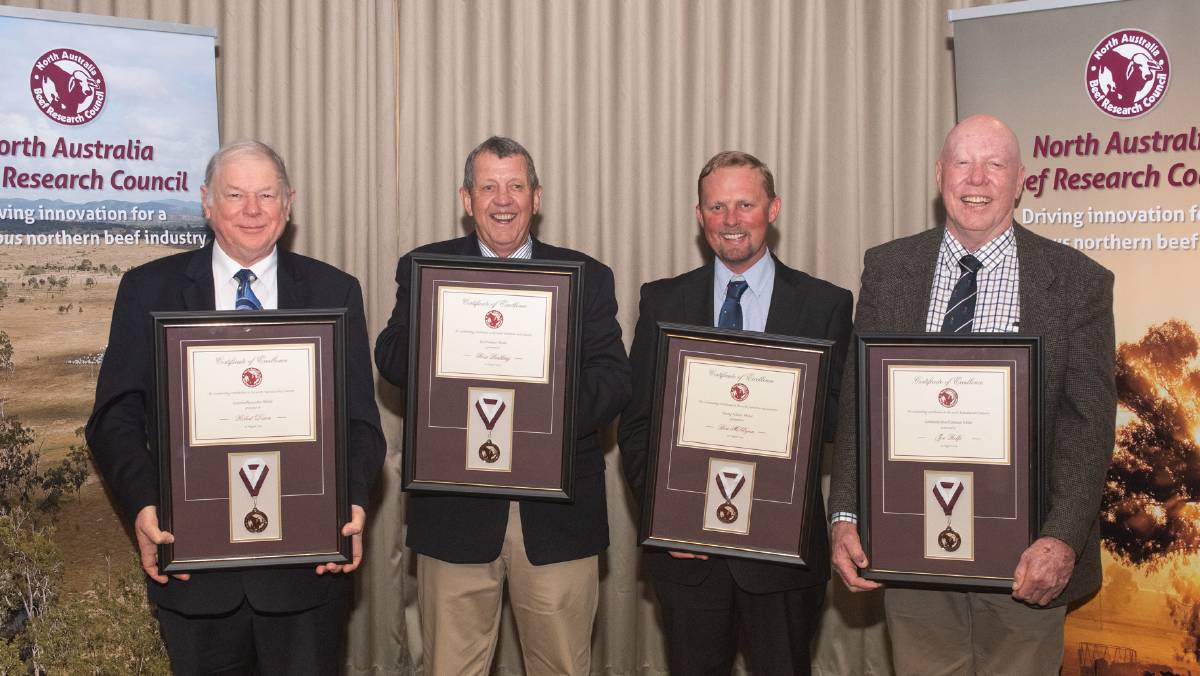 "What is particularly notable about Ross Peatling is that he has not sat back and merely copied the innovations of others - rather, he has been a visionary and an early adopter of emerging technologies," Dr Fitzpatrick said.

"Ross started implementing fertility selection, wet season spelling, evidence-based watered area development and herd segregation in the 1990s, which might seem unremarkable today, but Ross, and others like him, have led the way for wider industry adoption."

Mr Peatling was appointed Manager of Alexandria Station on the Barkly Tableland by the North Australian Pastoral Company (NAPCO) in 1991. Alexandria and its outstations cover more than 16 million hectares and run about 70,000 head of cattle (depending on seasonal conditions). Mr Peatling was Chairman of the Northern Territory Cattlemen's Association (NTCA) Tennant Creek Branch for three years and President of the NTCA from 1999-2001. In March 2014, Ross was awarded Life Membership of the NTCA.

Dr Fitzpatrick said the future of the northern beef industry was assured with young producers of the calibre of Ben McGlynn.

"Ben has progressed from jackaroo to what I would describe as the business manager of a large corporate station," Dr Fitzpatrick said.

"He is currently developing and implementing a massive infrastructure development plan for Rocklands involving more strategic fences and waters and a breeder segregation program which will result in more rangelands rested and rotated and cattle having access to a better forage base.

The NABRC Medals are designed to highlight the achievements of people who have achieved excellence in the fields of production, research and development and communication in North Australia.

Two other NABRC Medals were awarded at the 2019 update conference dinner.

Dr Dixon, a Senior Research Fellow at the Queensland Alliance for Agriculture and Food Innovation , a University of Queensland research institute supported by the Department of Agriculture and Fisheries , has made a significant contribution to managing the impacts of cattle grazing the extensive rangelands of northern Australia.

"Rob is recognised as a leader in the field of ruminant nutrition and his focus is to use this knowledge to develop better practical solutions for industry problems," Dr Fitzpatrick said.

Queensland Department of Agriculture and Fisheries (DAF) extension officer, Joe Rolfe, based in Mareeba, was awarded the 2019 NABRC Communicator/Extension Medal.

"Through a 29 year career with the Department, Joe has excelled in the extension field and shown dedication and commitment to the northern beef industry," Dr Fitzpatrick said.

"Joe's leadership and knowledge of industry needs, combined with an ability to form lasting relationships with funding bodies has ensured the beef team have delivered to industry. Joe empowers producers, work colleagues, friends and community groups through his active listening, caring, valuing everyone's input and striving for continuous improvement."

NABRC is an alliance of beef producers, research, development and extension providers and funders operating across the Northern Territory, Queensland, and the Pilbara and Kimberly regions of Western Australia.

The dinner was a highlight of the three-day Northern Beef Research Update Conference being held in Brisbane, where more than 360 producers, researchers and industry figures have gathered.