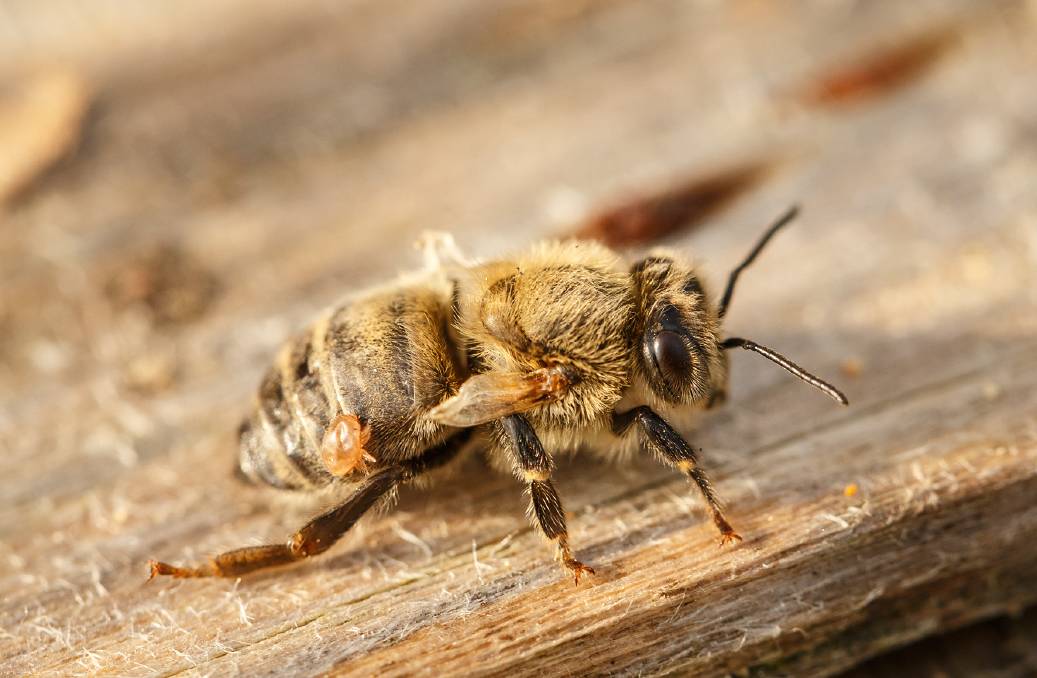 Bees might be copping it but they're also holding their own.

DON'T believe the hype- bees are not dropping like flies across the world.

Don't be complacent either - bees still face plenty of challenges.

A German scientist suggests bee colonies around the globe have largely stabilised or even increased in the past 20 years.

"In some regions, there were temporary declines, like Europe for instance but also in North America the figures are, over the last decades, stable or even increasing," Mr Maus said.

He said despite the alleged decline of wild bees and other pollinators, most studies which reported a decline were not generally representative as they were restricted to certain regions, a certain species group or covered a highly specialised species group.

Mr Maus said data for Western Europe showed a decline mainly before the 1980s and 1990s, followed by stabilisation or recovery.

Mr Maus showed 2016 figures which said the worldwide economic value of insect pollination was estimated at between $US235 million to $US577m annually.

But there remains a major global threat- Varroa mite.

"It is parasitising the bees, it is weakening them and, this is probably the worst part, transmitting viruses, like ticks can transmit viruses to you," he said.

Varroa mite is not established in Australia, although it was discovered on a bee colony within wooden crates from the US at the Port of Melbourne in June last year. 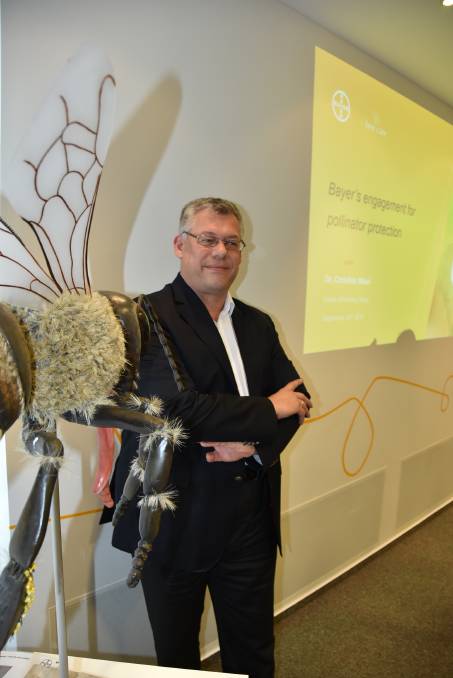 STATS: Bayer's chief pollinator scientist, Christian Maus, says even though bees are under threat, recent studies have found bee numbers to be quite healthy.

The colony was destroyed.

The Varroa mite's spread globally has come about due to beekeeping practices and breeding weaknesses within hives and behaviour.

One instance is swarming. Despite beekeepers trying to avoid it and lose bees, the behaviour is a natural colony strengthening exercise.

Substantial efforts are being made to combat the Varroa mite's spread and impact.

Bayer released a new product called the Varroa Gate, a plastic strip with holes in it which delivers a small amount of insecticide to kill the mite as the bees pass through it.

The company also has an entire division, the Bayer Bee Care Centre, dedicated to studying the health of pollinators, located in Germany.

But it's not just Varroa mite which is giving bee colonies a hard time.

Changing climate conditions also have the potential to knock bees around due to shortened flowering periods, reduced nectar flow, fewer water sources and honey robbery between colonies due to food scarcity.

The loss of habitat through structures and land use change is also driving losses. 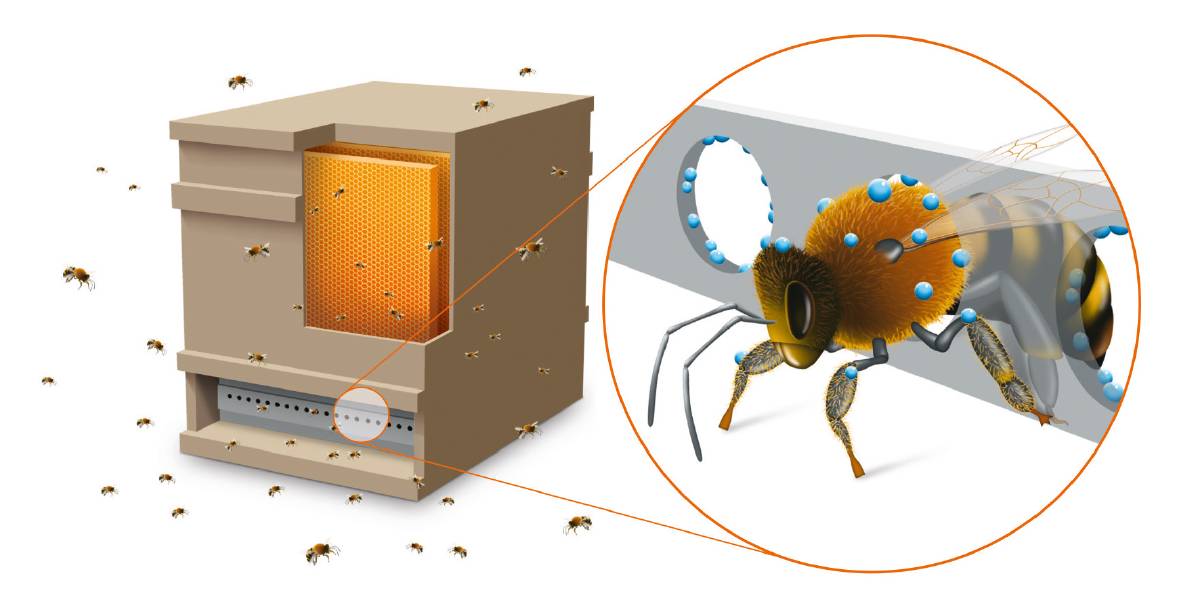 NEW: An illustration of the Varroa Gate, developed by Bayer, in order to help fight the pest insect which can affect bees. Image: Bayer Bee Care.

"A normal loss rate would be five to 10, 15 per cent. In Europe, the picture is very heterogeneous," Mr Maus said.

"It can be very different year on year, and region on region."

"It's not related by the way, to agricultural intensity. There we see no correlation."

He said in the cases of bee deaths, the pesticides were generally not used correctly. TO BEE: The Bayer Bee Care Centre in Monheim, Germany, which conducts research into insect pollinators.

In order to reinforce pollinating potential, there are several projects occurring throughout the world looking at native bees as the next generation of managed pollinators.

These projects are taking place in South America, Africa and South East Asia.

According to figures shown, there are more than 20,000 different species of bees in the world, most of which are wild bees.

Of these species, roughly 2 per cent are involved in the pollination of 80pc of crops worldwide.

Mr Maus said it was worth keeping in mind though that important staple crops such as wheat, rice and corn do not rely on insect pollinators.

Their contribution in terms of agricultural tonnage is much greater compared to many crops pollinated by insects. 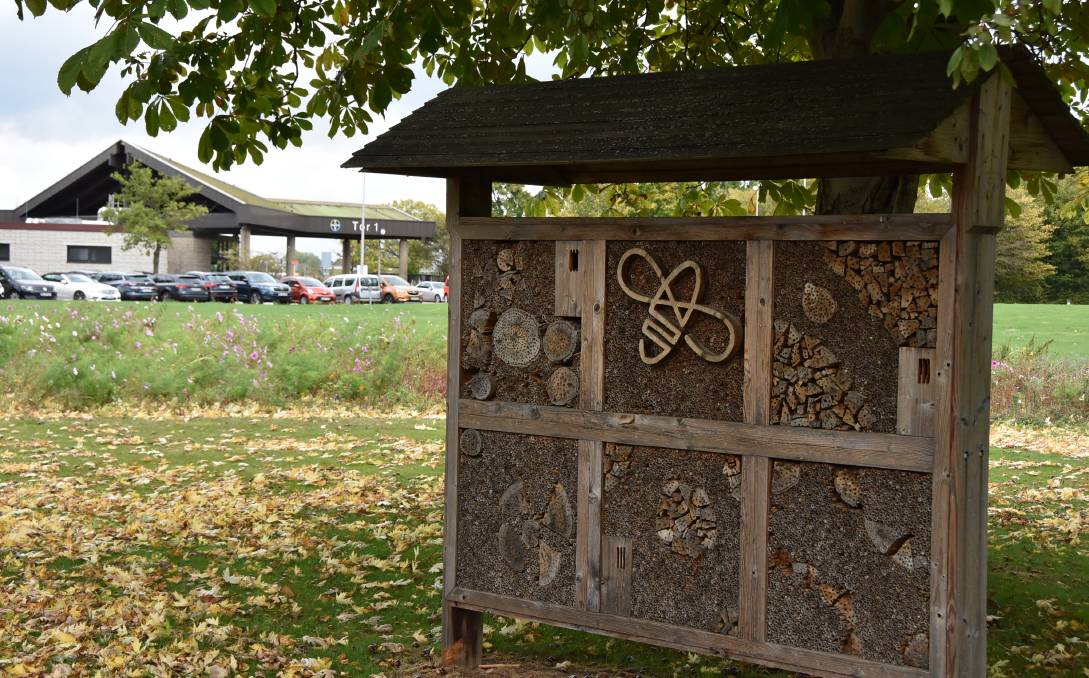 HOME: One of the native bee houses at the Bayer Bee Care Centre in Monheim, Germany.

"We do a lot to keep pesticides as safe as possible," Mr Maus said.

Safety testing approaches for wild bees and bumblebees are starting to be developed as well.

"Per year we are conducting something like between 100 and 200 bee safety studies and we have some people in the company who are doing mainly, or exclusively, bee safety topics," he said.