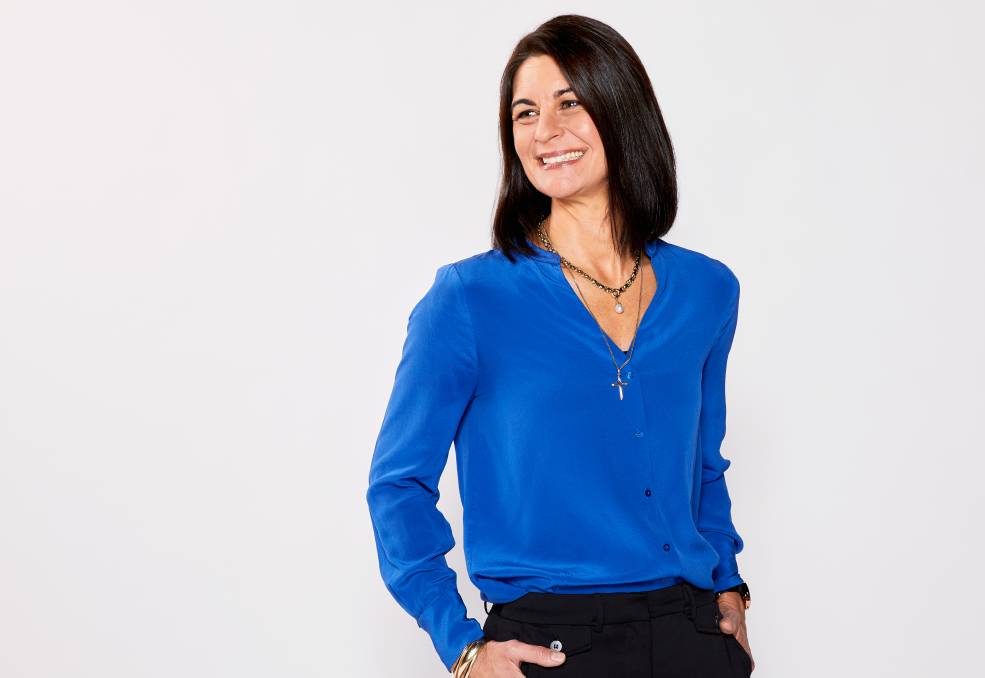 Leadership qualities: Kate Venables was one of the first managers in Australia to receive Chartered Manager accreditation.

Sponsored content: A privilege. That's how Kate Venables describes the role of leadership. The one-time teacher who's now the chief executive officer of Toowoomba-based community services provider Catholic Care believes being a manager of people is a role to be taken seriously.

This is sponsored content for the Institute of Managers and Leaders.

A privilege. That's how Kate Venables describes the role of leadership.

The one-time teacher who's now the chief executive officer of Toowoomba-based community services provider Catholic Care believes that being a manager of people is a role to be taken seriously.

"You're in the position of empowering and engaging others to do the best in their job and to succeed," she said. "So when you're given that role it's a real privilege"

"At its best, good leadership understands that you need the ability and the commitment to encourage the people you lead to reach their potential."

For Ms Venables, the journey to her current role managing a staff of 55 has been about the opportunities she has been offered and taken along the way, always with a determination to continue honing and developing her skills as a manager.

Having initially studied and worked as a teacher, she was appointed to her first management role while she was working in adult education in northern New South Wales and was asked to take over the education centre manager's role when she went on maternity leave.

"For me it was a real moment of realisation because I suddenly had this very strong sense of this is where I belong, being a manager of people," she said.

"Because I can be both people and task focused I think it was a very good fit for me. Plus, I like people, I enjoy working in teams and I'm willing to make decisions and take a risk.

"If I do get it wrong - and I have many times - then I try to work out what went wrong and where we can do it differently."

One of the keys to good leadership is first having a clear understanding of your own strengths and weaknesses, and being committed to continually learning and developing your skills, said Ms Venables.

Being able to build a good team around you is also vital.

"Being very aware of my many deficits I've always really tried to build teams that compensate for all those things," she said.

"I think that really is one of the secrets to being a good manager, recruiting a good team, being able to bring them on board and along with you, and always encouraging them to look for opportunities for their own growth and development."

Ms Venables' skills as a leader were put to the test recently when she was among the first Australian managers to seek and achieve a new professional accreditation launched here by one of Australia's oldest and most respected peak bodies, the Institute of Managers and Leaders Australia and New Zealand (IML ANZ).

The IML ANZ's Chartered Manager accreditation aims to hold managers accountable to professional standards and a code of ethics in the same way that professions like accountants, lawyers and doctors have for many years.

Already more than 1000 Australian managers have applied for the accreditation that's being offered here as part of long term agreement with the Chartered Management Institute in the UK.

The accreditation process requires managers to reflect in detail on their management experiences and approach, and then be assessed on their competency in a wide-ranging interview with an assessor. The accreditation includes a Code of Conduct that Chartered Managers are required to follow.

The accreditation is key to IML ANZ's vision of raising the professional standard of managers and leaders in Australia. It believes better managers create a better society.

Ms Venables said the Chartered Manager accreditation appealed to her as a way to both recognise and affirm the professional skills she already had, as well as to help develop her expertise further.

She said just the process itself was invaluable.

"You have to actually sit and think; you have to put some time aside to really reflect on what you've done in your career," she said.

"So often as a manager you get hooked up in the business and the 'busyness' so this is a great opportunity to do that.

"In the process I was linked up with a Chartered Manager mentor and we had fantastic conversations; he really drilled down into my story and the things I had learned and believed."

One of the most rewarding aspects of becoming a Chartered Manager is the discussions it has opened up around the role of managers and leaders, Ms Venables said.

"I think the accreditation does bring a sense of recognition and implies that you are experienced and value good leadership, and it's also been a good conversation starter to talking about leadership."

To find out more about becoming a Chartered Manager head to the Institute of Managers and Leaders website or phone 1300 661 061.

This is sponsored content for the Institute of Managers and Leaders.

The story The making of a leader first appeared on The Canberra Times.