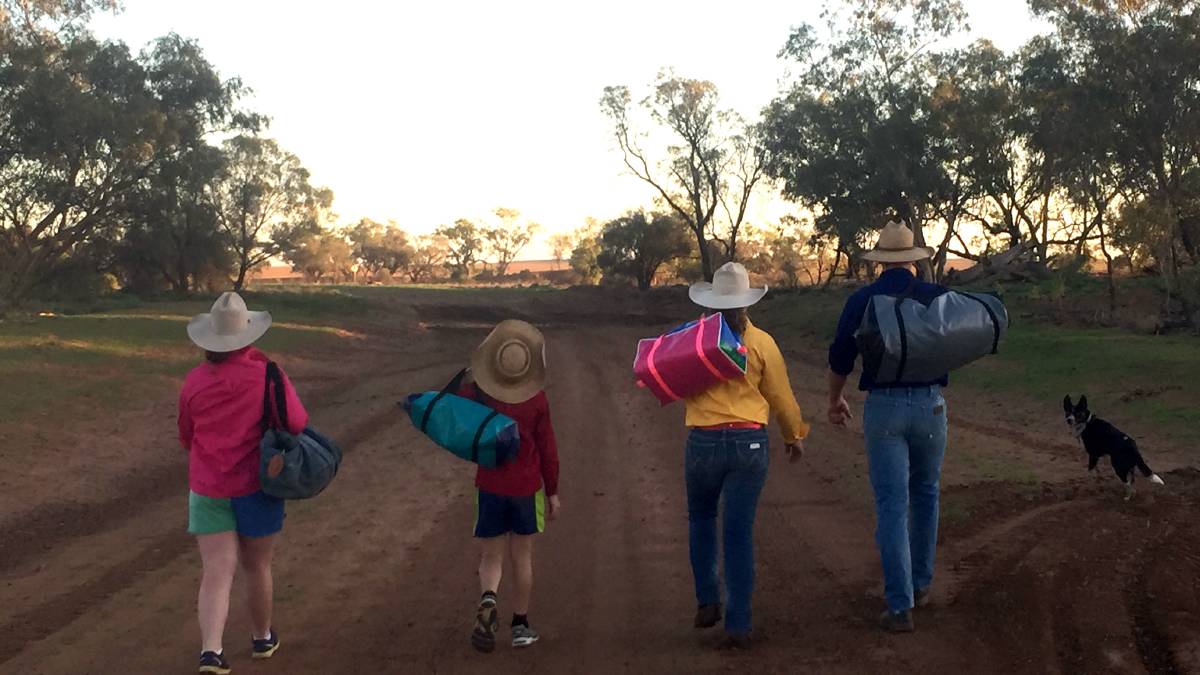 The ability of rural telecommunications systems to cater for the needs of secondary students trying to complete work in isolated settings is at the forefront of Isolated Children's Parents' Association leaders' minds as parents prepare for the possibility that children will be sent home from boarding schools around Australia.

The ability of rural telecommunications systems to cater for the needs of secondary students trying to complete work in isolated settings is at the forefront of Isolated Children's Parents' Association leaders' minds as parents prepare for the possibility that children will be sent home from boarding schools around Australia.

While the current advice from the federal government is that widespread school closures could cause more harm than good in managing the spread of COVID-19, there is an anticipation that it will become inevitable.

The likelihood that schools will then rely on an online environment for learning and assessment has resulted in plenty of email queries to ICPA's Queensland council from members concerned about having a sufficient data allowance and not enough connectivity to meet the extra demand.

Answers to those questions were high on the state council's list as it prepared for ministerial delegations in Brisbane this week.

According to state president Tammie Irons, ensuring rural and remote children weren't disadvantaged by school closures was a priority.

"We'll be talking to the (Education Department's) information technology branch about connectivity, and to the minister around ATAR testing," she said.

Queensland ICPA has already sent a letter to all boarding schools advising of their concerns about possible delivery plans and Ms Irons said they'd been assured schools were mindful of telecommunications limits for rural students.

Suggestions for meeting the potential demand include expanding the existing Telstra Mobile Broadband plan that allows unmetered access to a number of key education websites, and reviewing the NBN Co SkyMuster Plus product that doesn't meter data for essential online activities such as internet banking and email.

Ms Irons said she had been advised some schools were considering borrowing from distance education methods and were preparing USBs of material needed.

Her federal counterpart, Alana Moller was in discussions on Monday with NBN officials and said she was confident they had plans in place to help rural families manage ongoing education requirements.

"There are so many logistics getting things set up - you've got to have supervisors available, equipment in place," she said. "We're not certain how anything will play out at this stage, but if closures happen, we want to make sure the right things are in place."

From federal ICPA's point of view, schools had been in regular contact with parents and couldn't be asked to do much more at this stage of the evolving virus management strategy.

80% of workers in health and social care are women. Education minister Dan Tehan was being honest when he said not closing schools was in part to keep our health workforce on the job. https://t.co/ISCWSIInuu

According to Australian Boarding Schools Association executive chairman Richard Stokes, it has already been a very long term for many boarding school staff who had had to run a two-week isolation program for international students.

"That's laundry, meals, and so on, and finding an isolated space for them to do it in," he said. "Schools are working round the clock and staff are exhausted."

He said if the decision was made to close schools, the biggest challenges would be faced by international students and those from very remote communities.

"If schools wait until they're told to close, the federal government may be more flexible with Abstudy assistance," Mr Stokes said.

"And then the next challenge would be, for how long will everything be closed for.

"Queensland is only a couple of weeks out until holidays - they could just add extra time off to that."

Ms Irons said the experience that rural and remote families already had with similar circumstances would likely help them enormously if schools closed.

"Whether they're from small schools or distance education, they're used to managing these things.

"Our parents are well and truly ahead of the game - it will be a struggle for those who don't work from home, how they supervise their children."