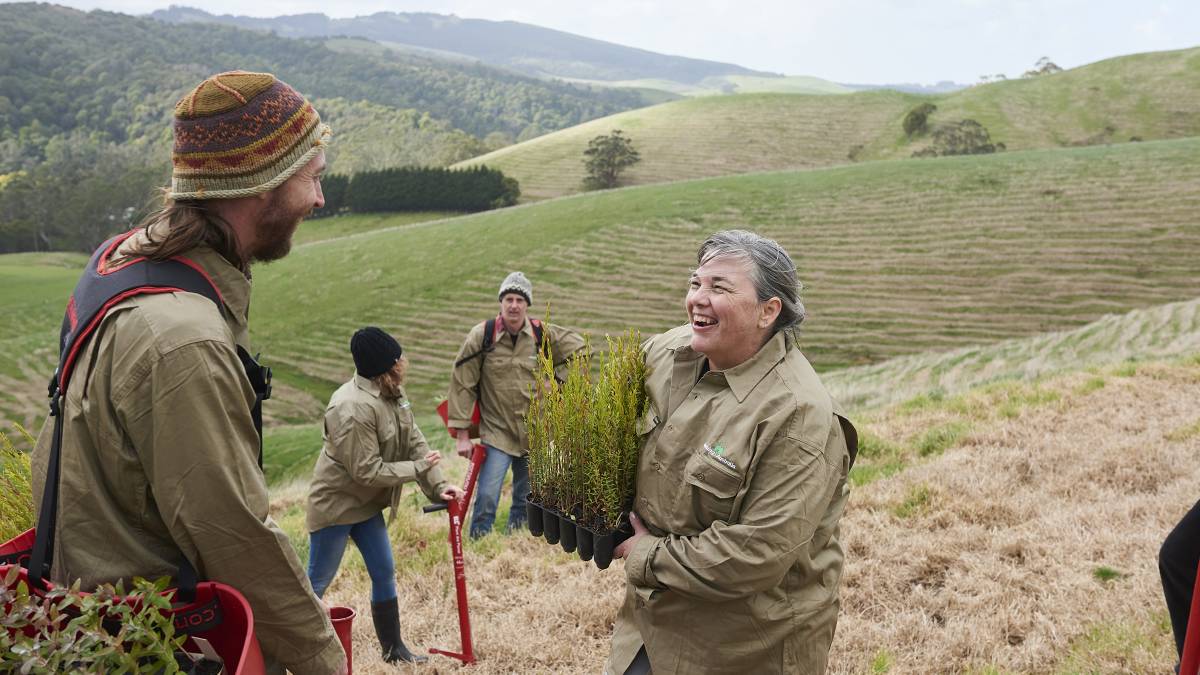 WIN-WIN: The work would be conducted on both private and public land.

The plan could raise economic output by about $5.7 billion, reduce welfare costs by $620 million and generate 53,000 jobs over the next four years.

A STIMULUS plan that would create up to 53,000 conservation and land management jobs has been backed by more than 70 agriculture and environmental organisations.

The plan proposes to take people who have lost their jobs due to COVID-19, particularly in regional areas, and redeploy them into temporary roles doing practical work on both private and public land such as weeding, removing invasive pests, planting trees, building National Park infrastructure and repairing river banks.

A report by Ernst and Young found that if the government invested $4 billion into a national conservation and land management program, it could raise economic output by about $5.7 billion, reduce welfare costs by $620 million and generate 53,000 jobs over the next four years.

A letter urging the Prime Minister to consider the proposal in the October budget was co-signed by more than 70 groups, including the National Farmers Federation, NSW Farmers, AgForce and Landcare organisations from across the country.

Coonabarabran beef farmer Angus Atkinson said one of the biggest issues raised by farmers was the lack of resources the government spends on managing its land, ranging from weed and pest control to fencing in national parks.

"These are really big issues for a lot of us, and a lot of farmers are frustrated by the lack of resources and priority," Mr Atkinson said.

"Fires are in everyone's mind, some of the money under this scheme could be used to tackle that concern and a range of other issues."

Mr Atkinson, who also chairs the NFF sustainable development committee, called it a "stimulus program with an environmental bend".

"It gets people employed, helps them through a difficult period and it gives more resources to farmers - I think that's a good thing," he said.

"Farmers benefit as a whole and the community benefits as a whole."

AgForce policy advisor Andrew Freeman said if the program had sufficient scale and funding, it could make a "significant difference" in the regions.

"It does have the potential to re-energise some of the conservation and ecosystem service activities," Mr Freeman said.

"Our caveat is sustainable agriculture is taken into consideration."

While agricultural and environmental organisations can often butt heads, Mr Freeman said it was pleasing to see so many on the same page.

"They've come together and said we're all in the business of land management, so more resources into that would be a good thing," he said.

"There is an increasing recognition that the government's investment its estate management is basically too low.

"Fires are a perfect example - there are plenty of farms that get burnt out where the fire has started next door in the neighbouring national park."

Similar stimulus packages have been recently developed by other countries - New Zealand will invest $1.1 billion to create 11,000 jobs, while the US passed a $9.65 billion funding package for national parks and public lands that aims to create up to 100,000 jobs.

"This sector is putting its hand up saying we can really help with the economic stimulus," Mr Adams said.

There is a fear that many regional areas, particularly those that have a large tourism industry, may experience rapid population decline as industries and businesses struggle to get back on their feet.

Mr Adams said the conservation stimulus would keep people in the area until things got back to normal.

"It will provide meaningful employment to people embedded in the community, and give us meaningful outcomes in sustainable agriculture and land management in the long term," he said.

"The government is keen on a business-led recovery, but that won't work everywhere. This is a way to broaden the economic response and we hope the government gives it serious consideration."

Environment Minister Sussan Ley has been brief on the proposal's report and "looked forward to reviewing the findings".

Agriculture Minister David Littleproud is expected to be briefed on the proposal in the near future.