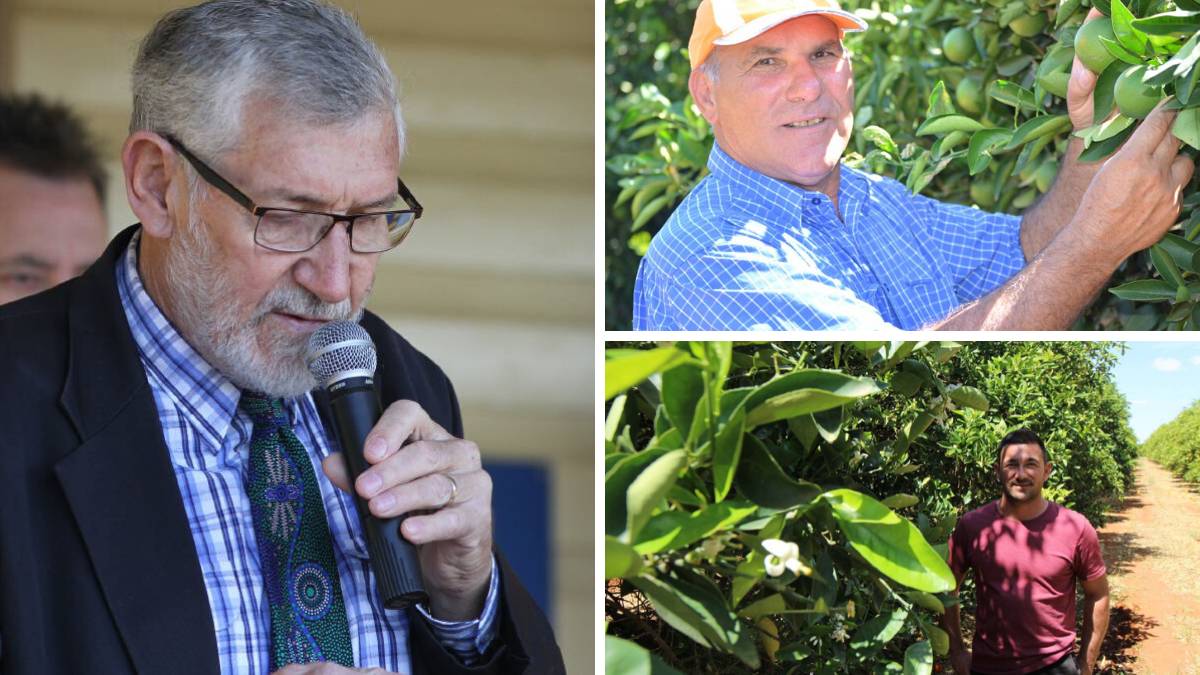 WORK TO DO: The citrus industry has the backing of Leeton Shire Council mayor Paul Maytom, who said local government would continue to lobby for the health start rating for orange juice to be changed.

The industry is not pleased with the outcome from the Food Regulation Forum last week.

Last week The Food Regulation Forum, which comprises of ministers from every Australian state and territory, decided to remove the five-star health rating from orange juice labels against the loud cries of the citrus industry and federal minister for agriculture, David Littleproud.

Under the revised system, as it stands, diet cola would receive four-stars, while 100 per cent fresh juice with no added sugar, preservatives or additions would receive two-and-a-half stars.

"It's just unfathomable and defies any sort of commonsense ... it's ludicrous really," councillor Maytom said.

"As a council we will certainly be looking at what we can be doing next to try and have this decision reversed."

Previously, fresh juice has held a five-star rating since the system was implemented in 2014.

Leeton's Frank Mercuri is the chairman of Pacific Fresh and he too was flummoxed at the decision.

"You'd think fresh orange juice would have to be better than buying something like diet coke or zero coke ... it's definitely got to be healthier," he said.

"But because it's got natural sugar in it, that's what they focus on.

"Who would rather drink diet coke instead of a glass of orange juice at breakfast in the morning ... I would hope people use their commonsense when shopping and they continue to buy orange juice."

Mr Mercuri said it was just another issue growers and producers would now have to deal with, but he held out hope the decision could be overturned.

"Other than that (the health star rating), the industry is going not too bad at the moment, which is good news," he said.

Residents concerned about the health star rating should reach out to their local member in support of the industry.

Griffith and District Citrus Growers Association secretary, Vito Mancini, said the best thing the community could do if they wanted to support the industry was to buy oranges.

He hoped the community wouldn't play into the health rating or question the benefits of orange juice.

"We're definitely in contact with our member of parliament about this and trying to make us much representation on this as possible," Mr Mancini said.

"The basis of this decision is trying to show water is the best choice out of all.

"We agree, but when it comes to these other products and trying to pull them all together, that's where the problem begins and more confusion is created among consumers."