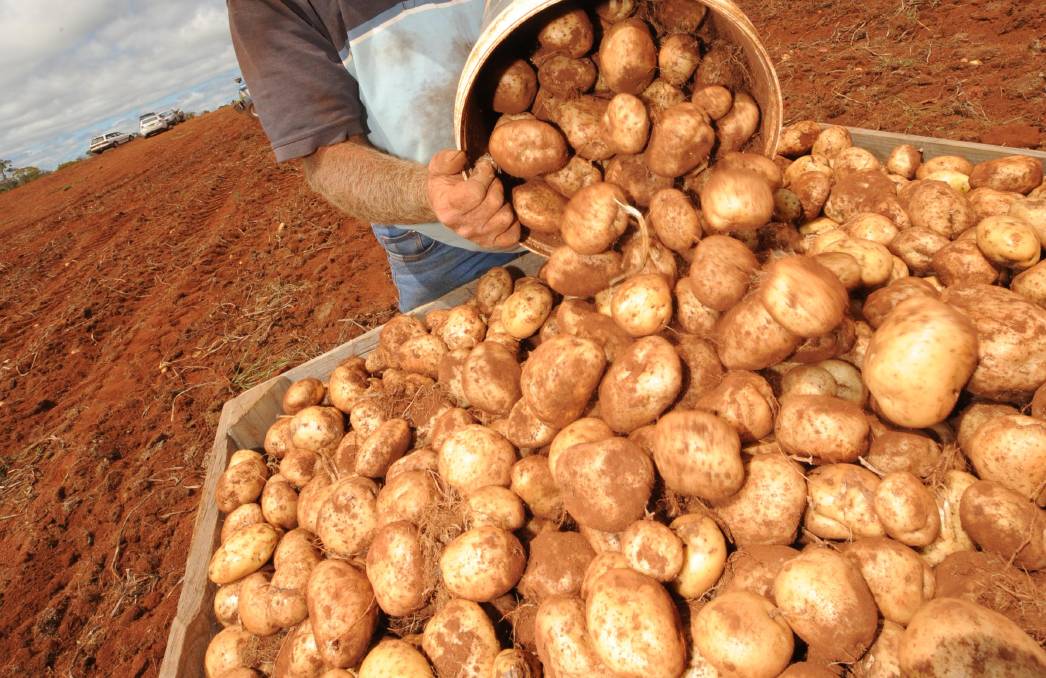 The ACCC says most growers have other market options if they aren't happy about Mitolo's contract conditions.

While competition within the potato market would reduce if Mitolo absorbed TFI's packing and wholesale business, and a general slowing demand trend had created "difficult circumstances" for potato growers, the Australian Competition and Consumer Commission said most growers had other market options if unhappy about Mitolo's conditions.

The consumption decline would also continue to affect Australian growers regardless of whether the transaction went ahead.

"Feedback from potato growers and other industry participants suggested if Mitolo sought to lower prices it paid growers, most producers would be able to switch to rival packing sheds," said ACCC deputy chairman, Mick Keogh.

"Some would be able to swap to growing potatoes for processing into potato products."

Mitolo and TFI grow potatoes and operate packing sheds in SA, and overlap in the acquisition of some crops from third party growers, and the supply of washed potatoes to supermarkets and wholesalers.

The 50-year-old Mitolo business grows potatoes and onions in SA and NSW for the wholesale markets around Australia, except Tasmania and Western Australia, although only acquires a small proportion of its needs from other growers.

TFI, which is primarily a meat processor, supplies fresh washed potatoes for retail, wholesale and export channels, but buys a much bigger portion of its supplies from third party growers.

The company branched into the potato business in 2013 when it bought Mondello Farms.

"THE ACCC closely examined the effect of Mitolo's acquisition of TFI on SA growers, rival packing sheds, and retail and wholesale customers of the parties," Mr Keogh.

"We determined rival packing sheds would continue to provide a viable alternative source of supply for retail and wholesale customers, if Mitolo tried to increase potato prices or decrease quality.

"We concluded growers and packing sheds will continue to be able to access a range of other varieties as well as future varieties being developed, allowing them to compete with Mitolo both now and in the future," Mr Keogh said.

MITOLO has come in for other scrutiny from the ACCC in recent times, with the regulator winning a court case against the business after identifying unfair terms in Mitolo's standard form contracts with potato farmers.

Last year the Federal Court ordered Mitolo pay $240,000 and $50,000 in court costs for contraventions of the Horticulture Code of Conduct in relation to 19 contracts with growers.

Mitolo's contracts had not specified in writing the time in which a price was to be agreed with growers.

The contract terms also included terms allowing Mitolo to unilaterally determine or vary the price it paid farmers for potatoes, unilaterally vary other contractual terms, declare potatoes as "wastage" without a mechanism for proper review, and prevent farmers from selling potatoes to alternative purchasers.

Mitolo contracts had also prevented farmers from selling their own property unless the prospective purchaser entered into an exclusive potato farming agreement with the packer, which the court also deemed unfair.