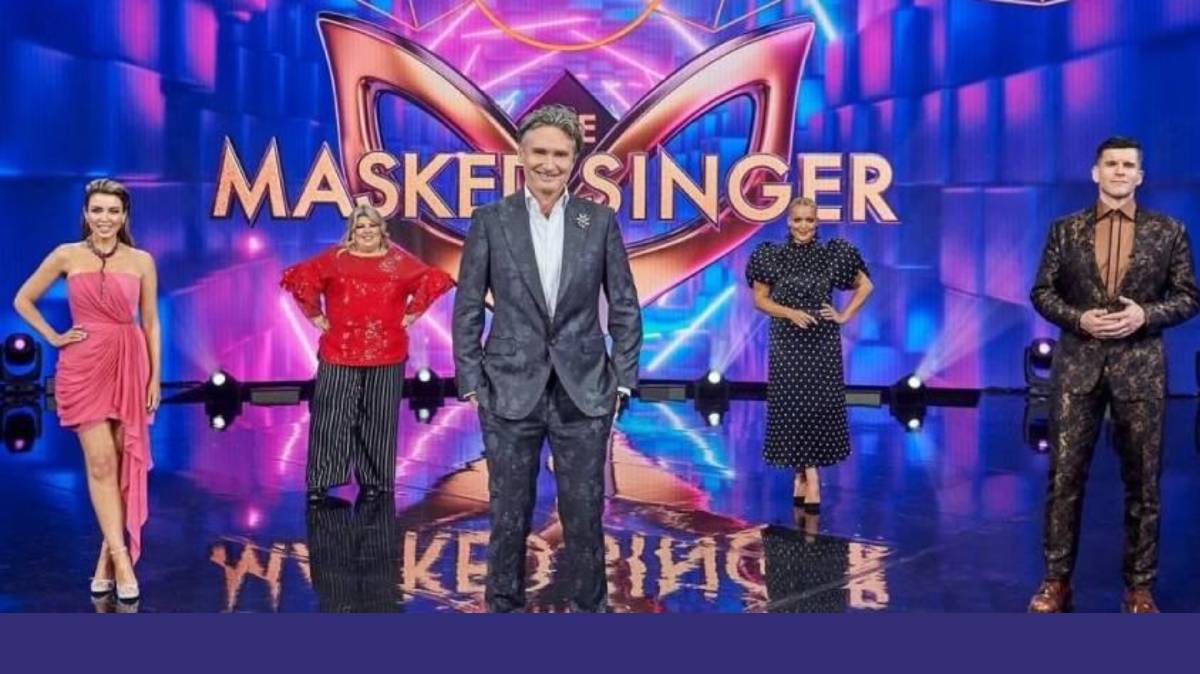 Masks are one thing. But it has to be the right type of mask.

Just ask the singers, hosts, panelists and production staff of reality TV series The Masked Singer. The show's team isnow in self-isolation after the show was shut down when crew members tested positive.

"The entire production team, including the masked singers, the host and panellists are now in self-isolation," the Network Ten program posted on Twitter late on Saturday night.

"They are all being monitored closely and are in constant contact with medical authorities."

Half way through its six-week lockdown Victoria lost another 17 lives overnight, but there is cautious optimism as the infection rate trends downwards with 208 cases, the state's third consecutive day of less than 210 cases.

Just four new COVID-19 cases in NSW, two came in from overseas and are in quarantine.

Queensland reports only two new cases, both linked to a youth detention centre.

Lockdown fatigue is getting under the skin of Victorians with 200 people fined for breaches. Most of the fines related to breaking the night curfew. Victorian police will come knocking on your door to say hello, with 3,869 spot checks on people at homes, businesses and public places across the state.

Things are not going so well in Europe with fears that a full-blown second wave is emerging.

Spain, Italy, Germany and France have recorded the highest infection levels they have experienced in months. Italy has recorded more than 1000 new cases in 24 hours, the most cases since May.

After initially appearing to get the virus under control, South Korea is implementing stronger restrictions to try to stamp out a resurgence.

Globally, the death toll has doubled to more than 800,000 since early June 6, and there have been 100,000 fatalities in the past 17 days. More than half the global fatalities have occurred in the US, Brazil, Mexico and India.

COVID-19 fatigue is particularly prevalent in England. Londoners just want to face the music and dance, with more than 1000 illegal events since late June. Boris Johnson is introducing 10,000 pound fines for illegal raves.

In the US President Donald Trump has gone full "conspiracy theory" accusing members of an alleged "deep state" for slowing down the production of a COVID-19 vaccine.

Meanwhile the Italian League Defence for Animals was shouting rRun and save yourself" after orders had been given to "shoot down" Papillon, the escaped bear, which has fled into the northern Italian forest.

Described as an "escape genius" the 150kg brown bear climbed over three electric fences and a four-metre high barrier to escape a wildlife enclosure. Go the bear!

At home, it's all gone wrong on the sporting fields this weekend with players, coaches and referees all copping a hiding. On the Central Coast a 39-year-old spectator ran onto the field and allegedly punched a 12-year-old-player in a junior rugby league match on the Central Coast.

That supreme act of spinelessness was nearly matched by a 26-year-old man who has been arrested for punching a referee in the face near Broken Hill. In suburban Sydney, a coach may have a selection headache after he was allegedly punched in the head by one of his own players.