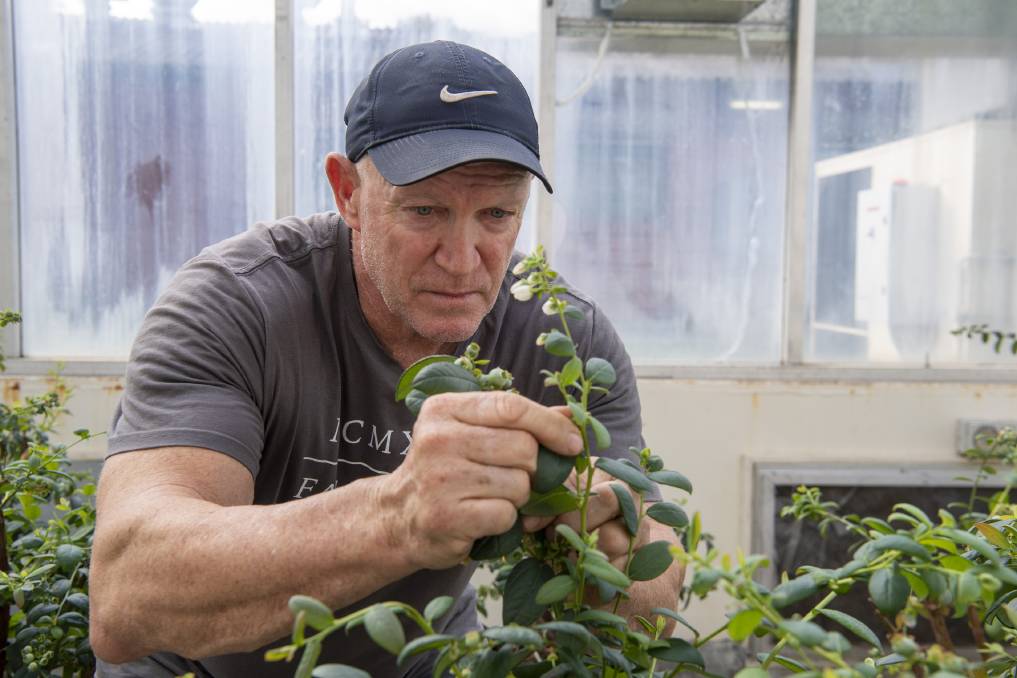 CLOSE UP: WA DPIRD research scientist, Dr David Cook, is examining the performance of native flies as pollinators, as a supplement to bees, in avocado orchards and blueberry crops as part of a national project.

THE case continues to build for Australian native flies to be used as commercial crop pollinators.

The second year of the native fly trials at the Western Australia Department of Primary Industries and Regional Development's (DPIRD) South Perth quarantine glasshouse and in the field at Busselton have proven to be even more successful than the first.

The Western Australia Department of Primary Industries and Regional Development (DPIRD) is leading the national project funded via Hort Innovation and co-participants from across Australia.

The WA component of the research is examining the performance of native flies as pollinators in avocado orchards and blueberry crops, while the other national partners are examining avocados, mangoes, seed crops and strawberries.

"We are now repeating the trial to verify the results and give us more confidence in the findings.

"The next thing to look at is how long the flies remain in the enclosure and examine measures, such as protein lures, to encourage them to linger in the cropping area."

Insects visiting avocado flowers in orchards north of Perth at Gingin will be monitored this year to determine whether there are any other fly species worth examining as potential additional pollinators to assist bees.

A second year of insect surveys of two avocado orchards near Busselton in 2019 found two species of hoverflies were most prevalent, followed by two species of bibionids or love bugs and the blowfly C. vicina, which is found worldwide.

The trial will be expanded later this year to compare the performance of the western blue-bodied fly, alongside the globally distributed blowfly C. vicina and bees within even bigger tree enclosures at Busselton and a new orchard at Pemberton.

This study will provide an opportunity for two new PhD students from the University of Western Australia and Curtin University to join the project and increase skills and capabilities within the pollination area of the project.

Dr Cook said it would be interesting to see how the western blue-bodied fly performed against the C. vicina, which offered a breeding advantage in the event of commercialisation. 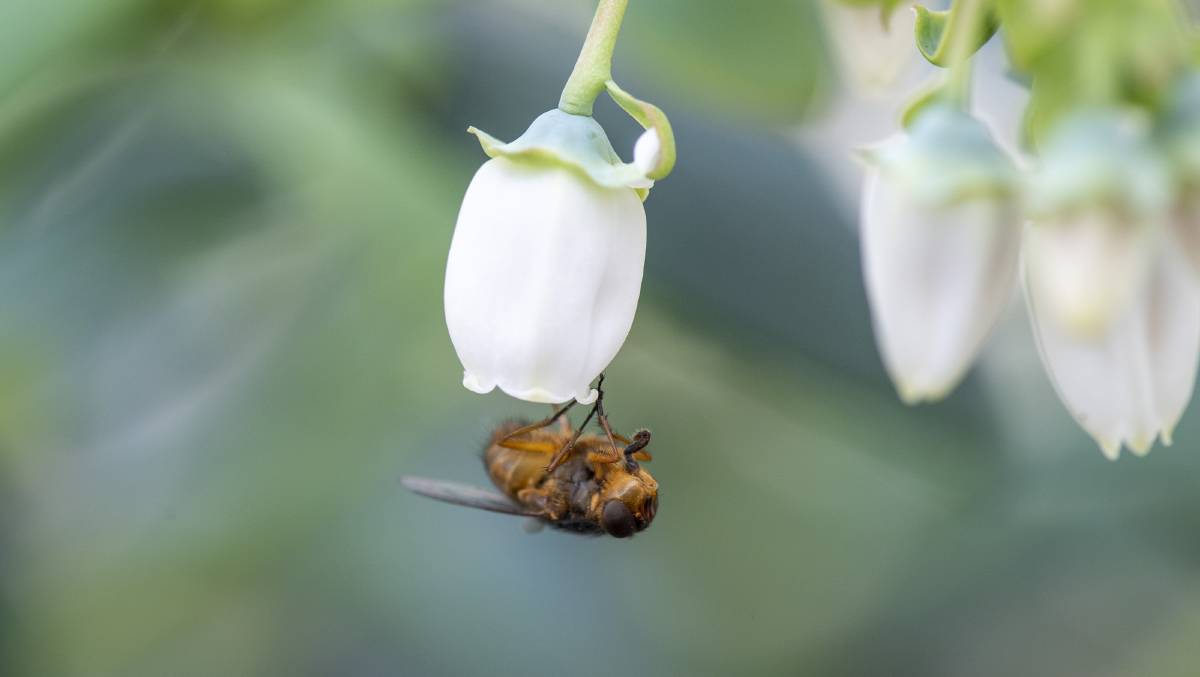 HELPFUL: The native fly Calliphora dubia has shown promise as an effective pollinator of blueberry crops in DPIRD trials as part of a national Managing Flies for Crop Pollination project.

"C.vicina has a long diapause, or period of suspended development during cold conditions, which could be used to help build up numbers when rearing flies for commercial application," he said.

"This project is looking at the whole package, from identifying suitable native flies for pollination to suitability for commercial rearing.

"It is one thing to have a good pollinator but it's another to have a fly that can be reproduced on a large, commercial scale."

Stage two of the project in years four and five will develop rearing techniques for mass production of each species so they can be applied commercially in the horticulture sector.

This work will involve determining what dose of x-ray radiation is needed to render flies that are unable to reproduce, to ensure there is no increase in the natural population.