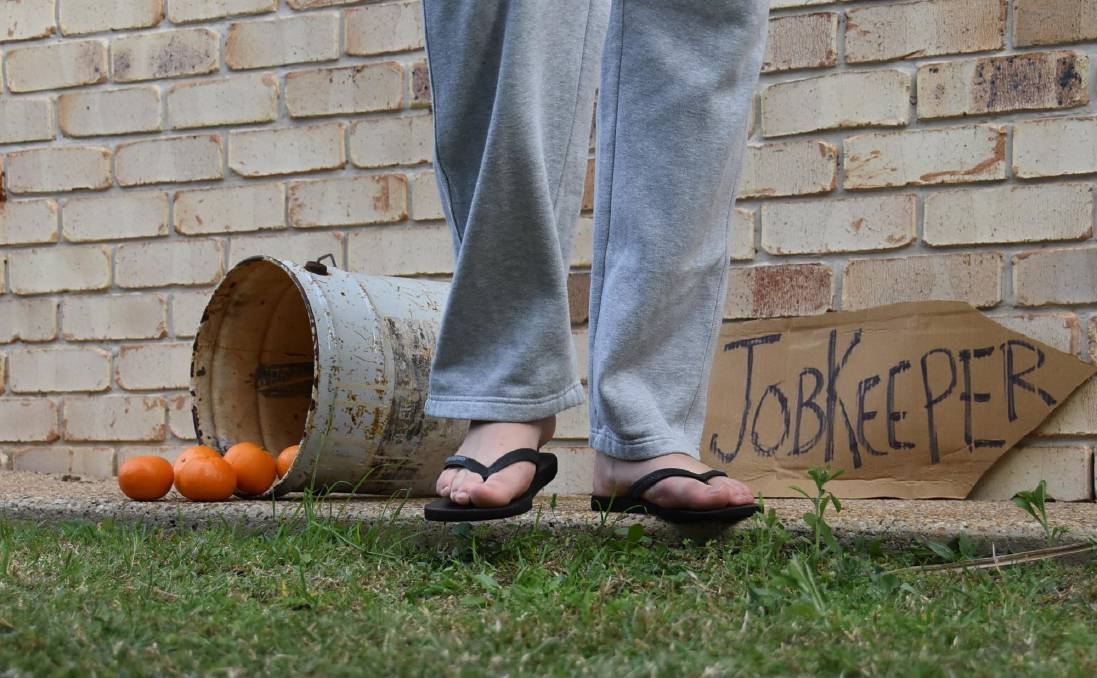 Picking fruit is tough. Nearly as tough as getting pickers in the first place.

BOTH the PlayStation Five and the XBox Series X are expected to be released in Australia later this year.

That's not good for horticulture.

Why would two cutting edge video game systems have any impact on the national vegetable, nut and fruit sector?

Simply this: It will remain more appealing to stay at home firing make-believe futuristic guns and collecting virtual coins than it will to be out in a paddock picking crops.

A bit far fetched? A bit out of kilter with reality?

Not so much. The horticulture sector is struggling to find workers yet the unemployment rate is creeping up.

Go figure that out.

Border and travel restrictions are hampering growers' efforts to secure a labour force to pick, pack and process the valuable fresh produce coming off farms, yet locals seem adamant they don't want to take up farm jobs.

The big hatter Bob Katter apportions part of the blame at the federal government's JobSeeker scheme to support those through the coronavirus situation.

He's labelled it the "double-dip-dole".

"You know something is going really wrong when our harvests are rotting in the field because our farmers have no pickers," Mr Katter said.

"It has become too attractive and so people are leaving work altogether."

It's appalling to think the legs, hands and heartbeats are there but the drive is not.

NSW agriculture minister, Adam Marshall, isn't far behind him in pointing the finger at "soft and lazy" Australians.

"The problem is that Australians simply won't do this type of work. They are being paid to stay on the couch," Mr Marshall said.

"Australians are lazy and soft when it comes to this kind of work."

Yes, there is some political showmanship going on there but they are putting the voice to what many are currently thinking, many growers included.

It's appalling to think the legs, hands and heartbeats are there but the drive is not. There is no easy solution here.

Objections usually are that the work is too onerous, too tiring, too demeaning or simply too hard.

Have a look at the travelling holiday makers and backpackers that do work on farms.

They certainly aren't all built like powerhouse trained athletes- they are just willing to persevere.

The image of "the battler" is at risk here. We all like to think we're a bunch of hard working, salt-of-the-earth types, ready to "make a go of it" in the lucky country.

Apart from the proven psychological benefits of having a job, surely the best incentive would be money; money that could then be spent on more video games.

Maybe Hort Innovation should be in talks with Sony and Microsoft in order to create a Fruit Picking Simulator 2020 game in order to inspire the jobless to try something new.