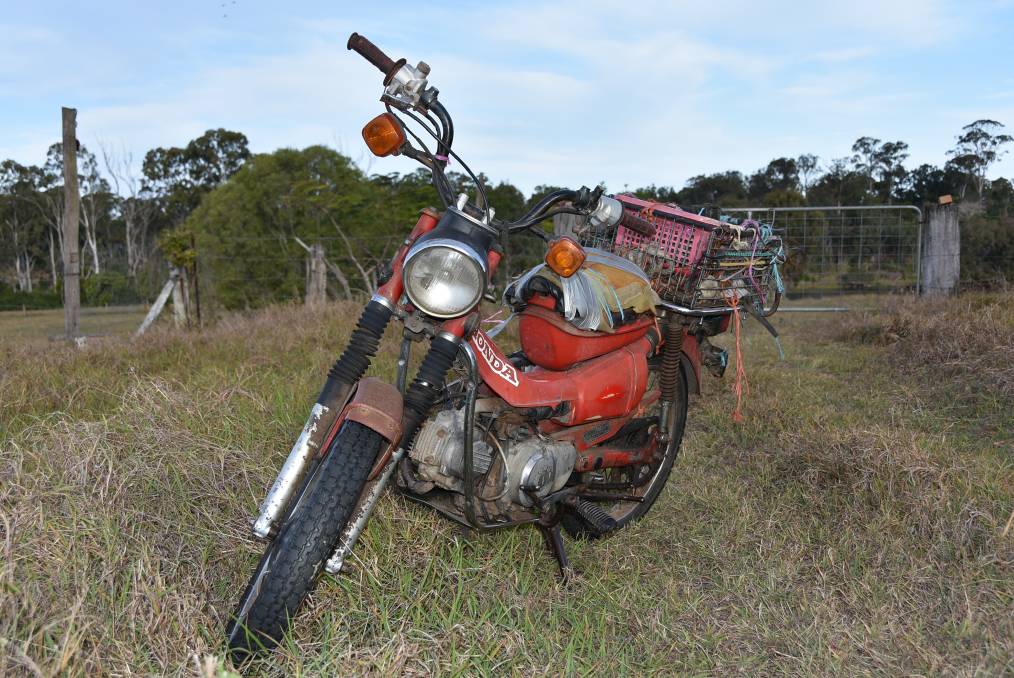 WORKER: A well-used and ever-reliable Honda CT110 that has become one of the more important pieces of farm machinery.

A tribute to an unrecognised farm workhorse - the CT110.

BASHED, smashed and trashed as it may be, the "postie" bike keeps on ticking.

Honda's famous CT110 has not only been delivering the mail to millions of Australians each week, it's also been ferrying farmers around paddocks for years.

With its clutchless transmission, large cushion-like seat and "luggage rack", the postie bike provided a touch of comfort to traversing the farm. 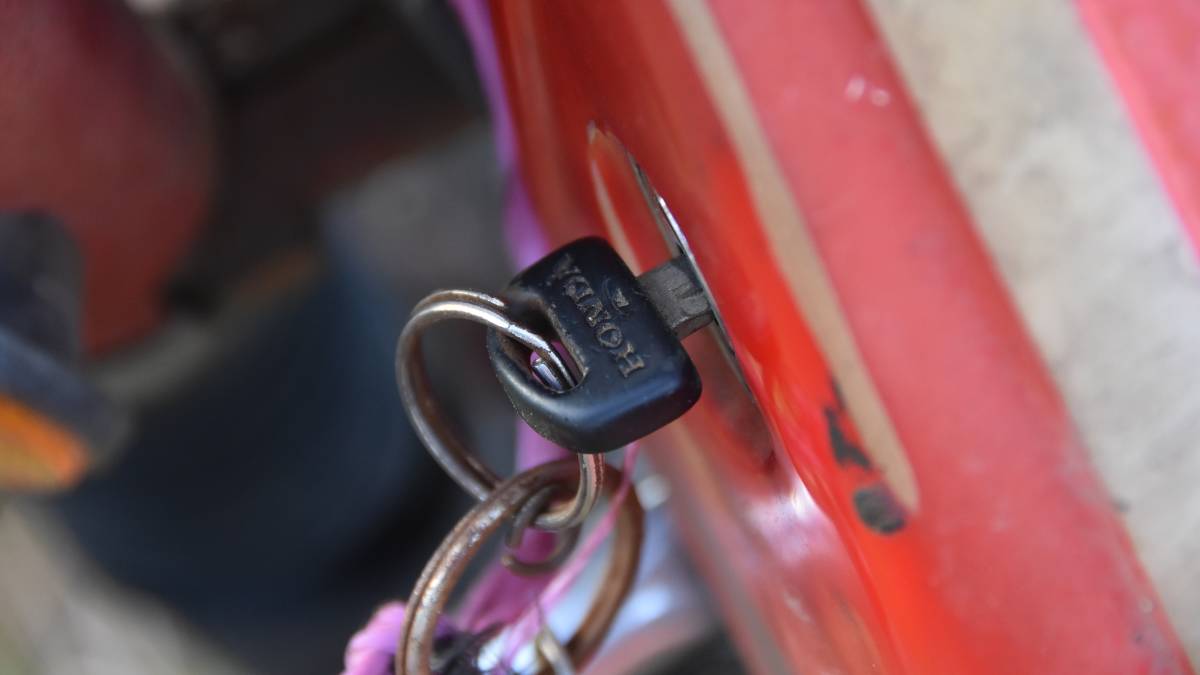 +8
Click on the image above to see more photos.

According to Wikipedia, Honda began selling the road-registerable model to the domestic market in July 2009 after almost 30 years of only being available via second-hand sale from Australia Post.

For the frugal-minded hobby farmer that managed to snatch one up, the postie bike often punched above its weight (with little regard for safety) carrying square bales of hay, powering through pelting rain or, dare it be said, giving a ride to a dog or child on the back.

Honda has now re-released the postie bike as the revamped, CT125, even making it available in perhaps the more ag-friendly "matte fresco brown" colour. 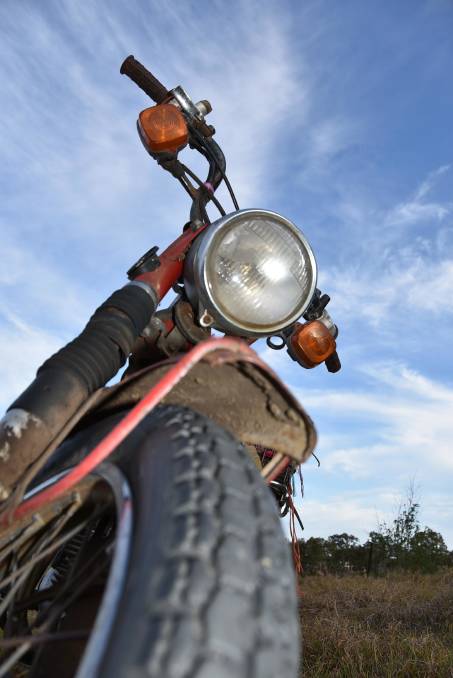 RELIABLE: The Honda CT110 is a tried and tested farm vehicle for many Aussie producers.

But surely there are still some of the old jobs out there, tucked away up the back of sheds, left to rot where they stopped in the paddock, or maybe even in full service?

We want to see the best of Australia's longserving farm postie bikes.

Send in or post a photograph of your Honda postie bike, or one you've seen, and we'll pull together a gallery, paying tribute to this unsung workhorse of Aussie ag. 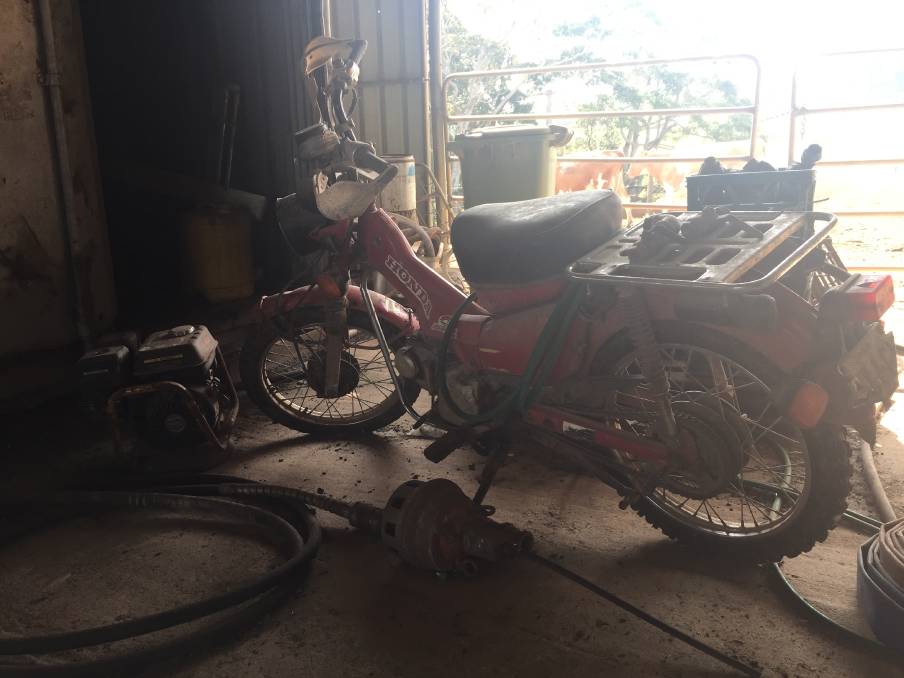 This bike is still serving the team well at Maleny Dairies, near the Sunshine Coast, Qld. 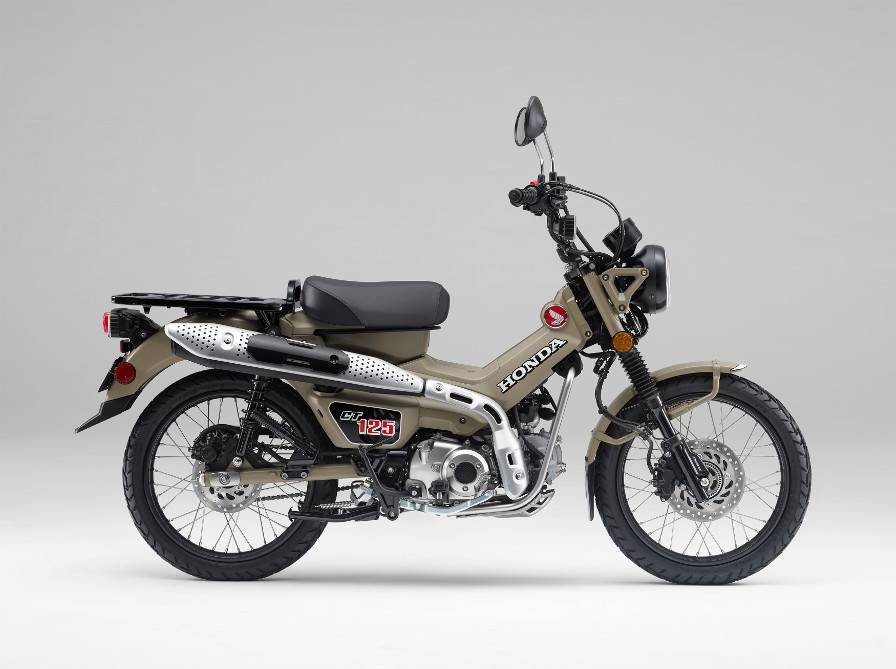 Sponsored by
Biodynamic producers on the Atherton Tablelands harvest their most successful garlic crop in over 20 years.
Test
The livelihood of cane growers in the Lower Herbert is taking a hit with floodwater unable to escape due to drainage maintenance issues.
Test
Potent rural property values are being inspired by strong cattle prices, and low interest rates.
Test
A North Queensland museum's mission is to see the mining heritage preserved for the benefit of future generations.
Test
Cyclone Kimi didn't make landfall before it was downgraded to a tropical low this morning.
Test
When Tom Martel set up his butcher shop to cater for the gold rush in the Gilberton region in 1869, he could hardly have imagined his descendants still living there 150 years later.
Test
FISHTAIL: A 912 hectare property, which was once part of the renowned Tully River Station, is on the market.
Test
The decision by rural lobby group AgForce to abstain from voting on an aspirational economy-wide target of net carbon zero emissions by 2050, as part of an NFF policy, has not been received favourably by the Green Shirts grassroots agricultural group.
Test