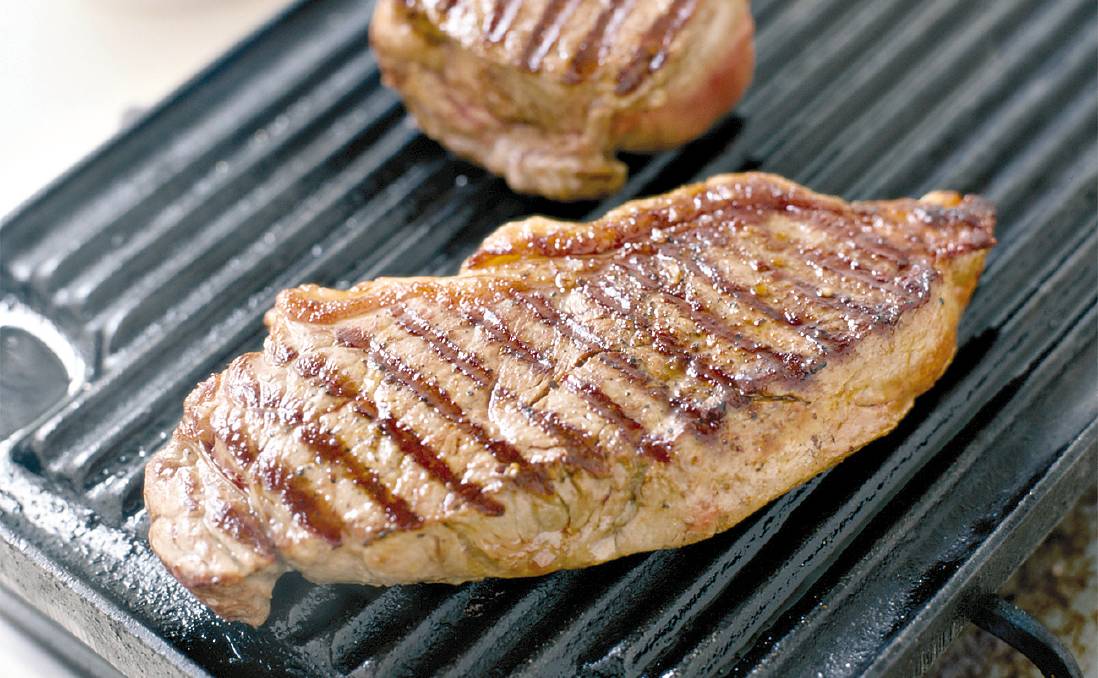 With a growing population, how can we increase the amount of plates red meat sits on?

There are four key megatrends that will influence consumers' red meat buying habits.

There are four key megatrends that will influence consumers' red meat buying habits and they offer an abundance of opportunities for the agriculture industry.

That's according to Meat & Livestock Australia consumer insights manager Emma Gillingham, who said the megatrends were sustainability and the environment, total health and wellbeing, convenience and connection.

Ms Gillingham said the global population, and the Australian population, was growing, so it was important to figure out how red meat could sit on more and more plates.

She said while Australia's red meat production made up only 4-5 per cent of global production, it meant we needed to be more targeted around the markets and consumers we were trying to reach.

And with a growing price gap between red meat and other proteins like chicken and pork, she said the industry needed to continue to adapt to meet the needs of consumers.

She said consumers were searching for products that were "healthy for me and healthy for the world".

"When you ask consumers globally, most say they would consider changing their consumption habits if it means it's going to reduce their impact on the environment," she said.

"And what we're seeing globally is growing demand for different sales trends that relate to sustainability.

"This could be products positioned as eco-friendly, carbon neutral, or they could have recycled packaging."

So how can the ag industry meet this need?

"We know the majority of consumers do feel positively about the beef and sheep industries and also generally consumers think farmers are doing all they can to look after the environment and reduce their environmental impact," she said.

"It's important to continue the work we're doing to maintain transparency of our industry practices and how we're working to become more sustainable as an industry.

"There's the opportunity there to maintain the positive perspective in consumers' minds by telling the red meat story from paddock to plate."

"They're no longer looking for quick fixes or solutions that have unattainable benefits, they're looking for realistic ways to look after their physical health, and there's a growing acceptance to looking towards their mental wellbeing too," she said.

"These days it's broader than just health, it's more a total wellbeing view."

She said they were looking for products that helped them achieve these health and wellbeing goals.

"We're seeing growth in high protein products, like peanut butter, that call out in their marketing in an easy to understand way, their high protein content," she said.

"We're also seeing growth in areas that you might not think are healthy, like ice cream, but we're seeing significant growth in the ice creams that are deemed better for you, so items that say they're low calorie products."

While there had been a lot of talk about plant-based meat substitutes, she said there hadn't actually been significant consumer uptake.

"We know from consumer research that only 13pc of households have bought these over the past year," she said.

"But we know 30pc [who have purchased plant-based meat substitutes] thought it was a healthier option and 23pc thought it was better for the environment.

"So our job is to promote the role of red meat as part of a healthy, balanced diet."

"So anything that can help make things easier and potentially save time is quite appealing."

So she said it wasn't surprising to see supermarkets rolling out ready prepared salad and veggie kits, as well as an increased offering of frozen meals.

"But there are lots of examples where red meat can play a key role for convenience, like introducing different flavour varieties and ways of preparing food that introduce different variety," she said.

"We should be inspiring them seasonally with different suggestions for meal inspiration."

Above all else, she said consumers were becoming more connected than ever before.

"One way you can think of it is any particular claim made on a packet relating to sustainability, consumers can validate and understand these claims nearly instantly because they can look it up online," she said.

The story The megatrends that will impact future red meat demand first appeared on Farm Online.