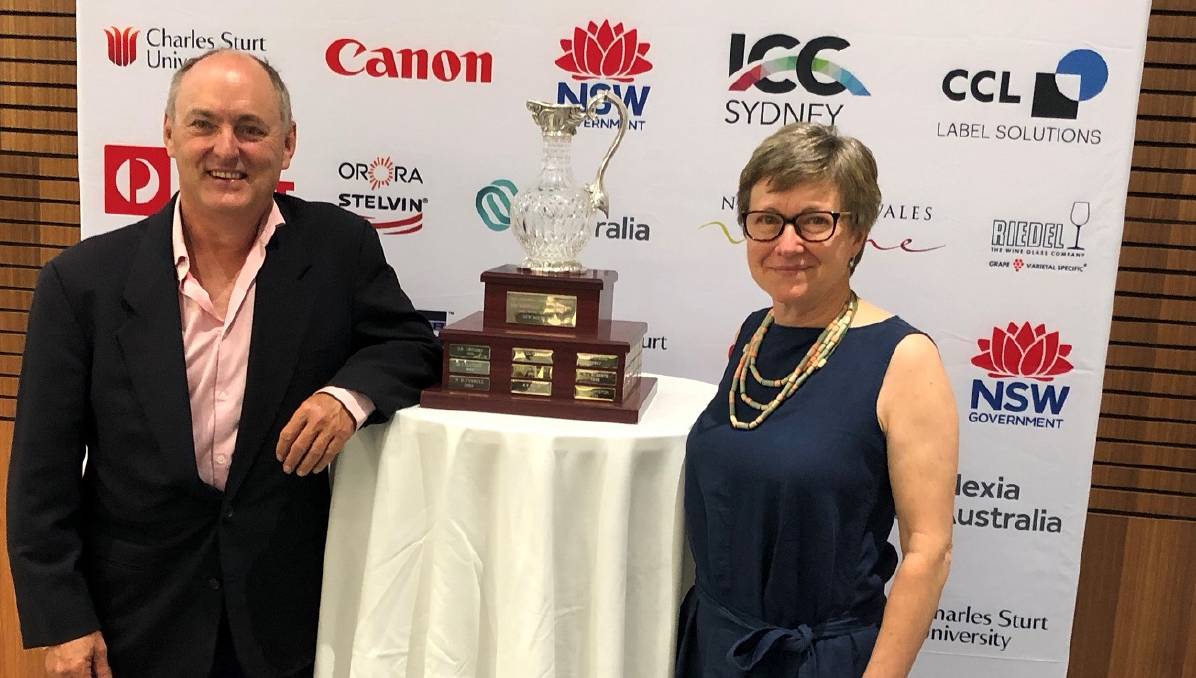 Justin Jarrett has been awarded the 2019 Graham Gregory Award

JUSTIN Jarrett has been awarded the 2019 Graham Gregory Award in recognition of his contribution to the NSW wine industry through sustainable and organic viticulture.

Member for Upper Hunter, Michael Johnsen, presented Mr Jarrett the prestigious honour in October and congratulated him for his 25-year history of quality wine making.

"Mr Jarrett's strong leadership attributes and his contribution to research and development have assisted the growth of the NSW wine industry," Mr Johnsen said.

"After more than two decades in the industry, he is a worthy recipient of the 2019 Graham Gregory Award, which was a challenging decision for the judges, with such a strong list of candidates.

"Mr Jarrett, owner of See Saw Wine, first planted vines in 1995 and was the first organic winemaker in the Orange region."

"Mr Jarrett has continued to enthusiastically inspire the next generation of wine makers and is extremely dedicated to promoting the wines of the prestigious food and wine region of Orange and across the State," Ms Lorimer-Ward said.

"Through his involvement in research and development we have seen the improved use of drones, robotics and mechanical equipment to manage vineyards.

"His contribution doesn't end there, having held several leadership positions on the Orange Region Vignerons Association and the NSW Wine Industry Board."