The extra-virgin olive oil was nearly not made - due to COVID.

Ms Cazaly retired to Flinders Island after a decorated career in education in Melbourne, but instead of sipping cocktails on a beach enjoying her newfound freedom, Ms Cazaly and her friend found a new pursuit - growing olives.

Thus Flinders Island Olives was born, and the only Flinders-based commercial olive producer has gone from strength to strength in the eight years since it was established.

However, this year, a national accolade is the icing on the cake of a difficult growing and harvest seasons.

Her peers in the industry are certainly glad she found a way, because this year's batch of extra-virgin olive oil netted a gold medal at the Australian International Olive Awards.

Flinders Island Olives organic EVOO was awarded a score of 91.5 points by the judges, of a possible 100, earning a gold medal and the trophies for reserve champion medium EVOO, champion Tasmanian EVOO and best EVOO of show boutique volume.

Ms Cazaly said she nearly decided to not make oil this year, because she wasn't sure she'd have enough people to help her harvest the trees due to the COVID border restrictions. 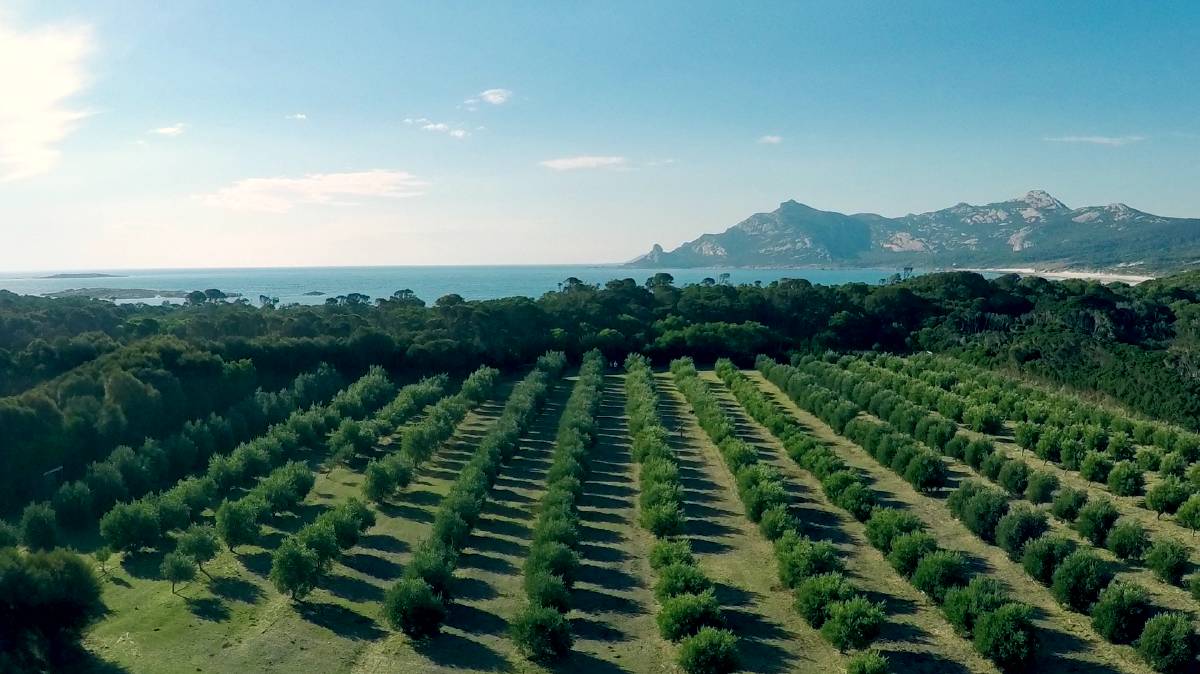 "Typically my friends and people on the island help me out, but I usually access a few volunteers - WOOFERS," she said.

World Wide Opportunities on Organic Farms is a volunteer organisation that supports travellers to volunteer on farms in exchange for board, but the pandemic soon put a stop to that.

"I usually have about eight WOOFERS to help take the pressure off my friends, but when I didn't think I'd have them this year I considered not harvesting at all," she said.

However, the Flinders Island community and her friends rallied to support her and harvested this year's crop - which has paid off.

"It was a tough season, so it's a bit special that this was the end result, and the olive oil was of such high quality," she said.

The soil and conditions are good, but she faces challenges from the salty winds that lash the coast, and the climate is a little cold.

Competition chief steward Trudie Michels said this year's competition saw an even greater emphasis on the global status of the competition, with judging panels across Australia joined in their contemplations by international panels in Spain, Italy, New Zealand, Tunisia and China.

The winners were announced at the Australian International Olive Awards Gala virtual presentation on October 16.

The story Tassie olive oil that nearly didn't happen is one of world's best first appeared on The Examiner.