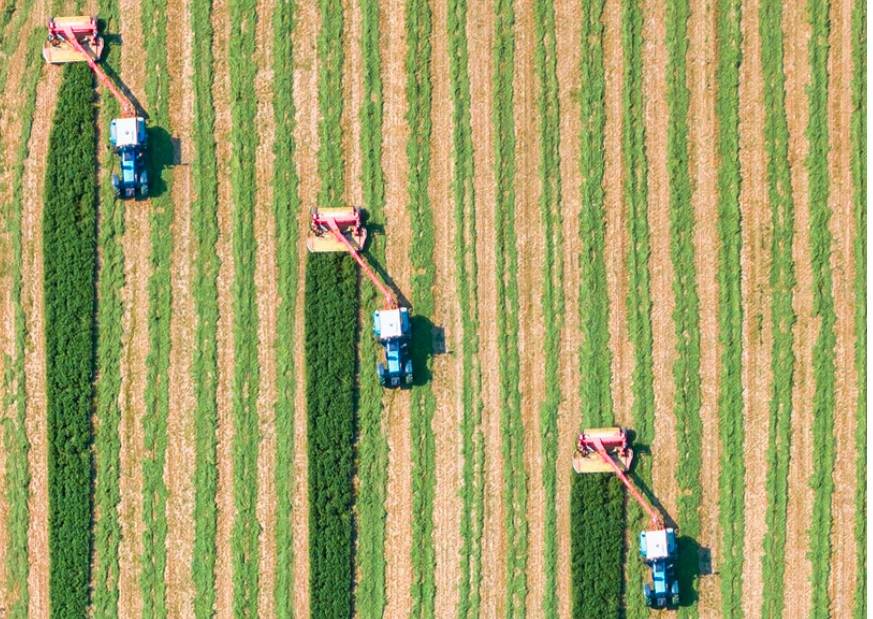 A global survey of large scale farmers in the USA, France, China, Brazil, India and across Africa for Syngenta Group found 72 per cent are worried about the impact climate change will have on crop yields, animal health and their ability to do business over the next five years.

A global survey of large scale farmers in the USA, France, China, Brazil, India and across Africa for Syngenta Group found 72 per cent are worried about the impact climate change will have on crop yields, animal health and their ability to do business over the next five years.

Farmers everywhere have also had to deal with unparalleled upheaval because of the COVID-19 pandemic. A separate survey of European farmers found 46 per cent said their businesses had been significantly impacted by the coronavirus pandemic. However, 53 per cent said climate change was still the immediate priority and 63 per cent agreed climate change would have a greater impact on their business than Covid-19 over the next five years.

In June, Syngenta Group launched its new Good Growth Plan, placing the fight against climate change and biodiversity loss at the core of agriculture's recovery from the economic and social effects of COVID-19 restrictions.

Erik Fyrwald, Chief Executive Officer at Syngenta Group, said: "Since its launch, the Good Growth Plan's principles and priorities have become deeply embedded in the way we do business at Syngenta. The plan was of course, just the start. 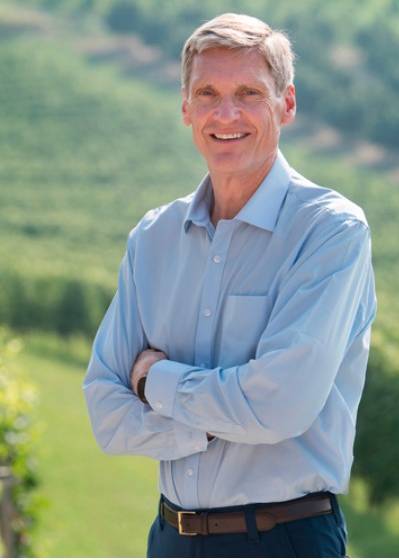 "The coronavirus pandemic has revealed the fragility of the agriculture ecosystem. Like a pandemic, climate change is an inevitable threat that we must address before it is too late.

"As the economy and agriculture begin to build back with the gradual easing of the Covid-19 restrictions, we need to support a recovery for farmers that puts the fight against climate change and biodiversity loss at its core."

The survey by Ipsos MORI for Syngenta Group found more than four in five farmers surveyed believed climate change has had at least some impact on their ability to grow food and most (59 per cent) believed reducing greenhouse gas emissions would make their farms more financially stable or competitive.

Under the new Good Growth Plan, Syngenta Group is committed to invest $2 billion in sustainable agriculture by 2025 and to deliver two technological breakthroughs to market each year. The specific commitments in the new plan are divided into four areas:

This includes a commitment to reduce the carbon intensity of its operations by 50 per cent by 2030 to support the goals of the Paris Agreement on climate change. Syngenta's commitment has been validated and endorsed by the Science Based Targets initiative (SBTi). Syngenta Group also recently signed up to SBTi's commitment to prevent a global temperature rise of over 1.5 degrees.

Alexandra Brand, Chief Sustainability Officer at Syngenta Group said: "When we speak to farmers, we see they are the first to be harmed by climate change and biodiversity loss. Now the COVID restrictions could also have long lasting effects on the food and agriculture sector.

"That's why the significant levels of investment in innovation that you see in the new Good Growth Plan are needed to fight climate change and provide for a food system working in harmony with nature."

An example which demonstrates the depth of the commitment that Syngenta Group is making is the announcement of a partnership with the Solidaridad Network. Its objective is to implement sustainable solutions at scale that empower farming communities to achieve food security in a number of developing regions. One such project is focused on coffee in Colombia, which aims to help smallholders increase their incomes by 25 per cent by tackling the coffee borer beetle.

Heske Verburg, Managing Director of Solidaridad Europe, said: "We believe that sustainable agricultural production should be the norm. Our partnership with Syngenta aims to support farmers in developing countries to improve their livelihoods, while producing in balance with nature.

"The products of Syngenta are a daily reality for many farmers across the world, our partnership will deliver important insights into achieving sustainable production at scale.''

This is in addition to an already established partnership with The Nature Conservancy announced in October 2019 on the Reverte project in Brazil, which aims to regenerate one million hectares of degraded farm land over the next five years.

Jennifer Morris, Chief Executive Officer at The Nature Conservancy said: "Climate change and biodiversity loss, coupled with growing demand for food, are putting increasing pressures on the planet and eroding the productivity and resilience of farms, ranches, and fisheries around the world.

"The impacts of COVID-19 make addressing these challenges even more urgent. Reversing these troubling realities will require working across sectors for smart, scalable solutions that ensure a future where people and nature thrive. TNC recognises the role producers around the world have in building solutions and is pleased to collaborate with Syngenta Group on the ambitious pursuit of a food system that works in partnership with nature."

Syngenta Group is one of the world's leading agriculture innovation companies, with roots going back more than 250 years. Its 48,000 people across more than 100 countries strive to transform agriculture through breakthrough products and technologies that play a vital role in enabling the food chain to feed the world safely, sustainably and with respect for our planet. Swiss headquartered and Chinese-owned, the Group draws strength from its four business units - Syngenta Crop Protection headquartered in Switzerland, Syngenta Seeds headquartered in the United States, ADAMA headquartered in Israel, and Syngenta Group China - that provide industry-leading ways to serve customers everywhere.