The history behind a label can say a lot about a wine. 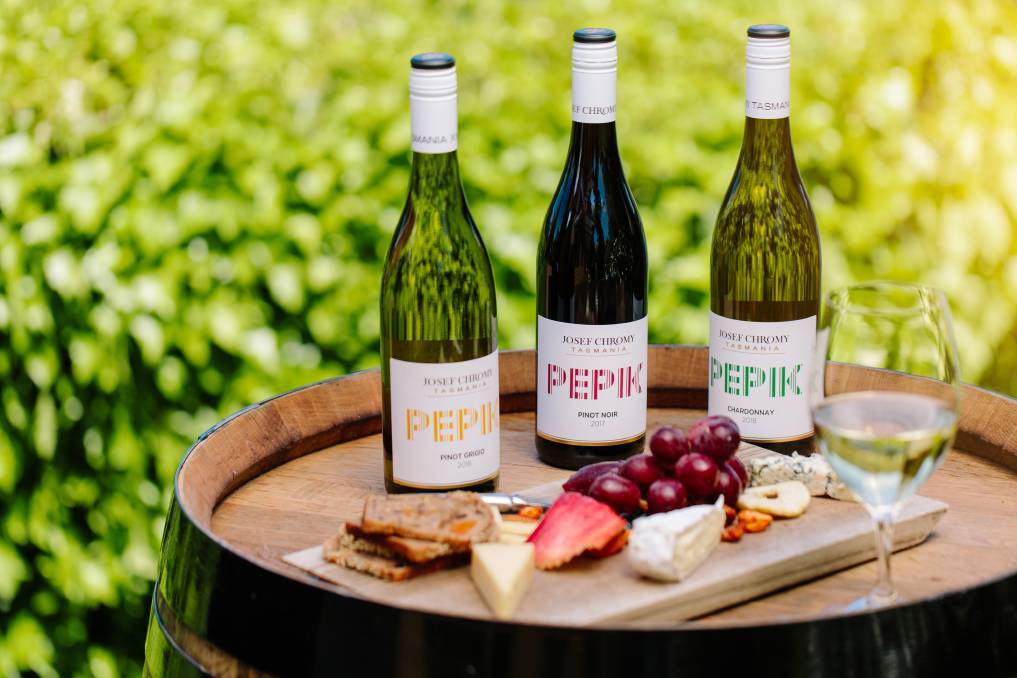 MARKET: Forty per cent of JC wines are sold in Tasmania and 50pc are exported to the "North Island" with the remaining 10pc going overseas.

WHAT'S in a label?

A lot, especially when it comes to the one on a wine bottle

Many years ago (1970 to be precise), a few of we starving post graduate students at UWA decided to cut the cost of drinking by buying wine in bulk.

We bought it in 44 -gallon drums from South Australia and decanted it into hundreds of old wine bottles which we had carefully sterilized using the microbiology labs equipment.

The equivalent cost today would be about $4 for a bottle. Not all the labels came off during this process.

I used one of these bottles at a dinner I was hosting at that time. I served it to the guests and was about to say "don't be fooled by the label" when one took a sip and immediately said: "Aaah ... Penfolds Grange Hermitage. What a good choice."

As he was the Professor who was head-hunting me, I thought it wise to say nothing

You can by a drinkable bottle of wine for $4 today, so it's not worth putting in all the effort that we did, but the label is still all important. "Truth in labelling" is much more regulated now.

Penfolds are still going strong but they are in South Australia. We on South Island have developed quite a wine industry over the years and can hold our own in competition with them.

This is mainly because of the Josef Chromy Wines label.

I had the pleasure of meeting their chief winemaker and general manager, Jeremy Dineen, at a dinner the company had organised at Strahan on the West Coast a couple of weeks ago. KNOWN: Tasmania's Josef Chromy Winery has become widely recognised not only for its wines but also for its restaurant and function centre.

He gave me some Dropbox links which are full of background details. I thank him here for that.

There are too many for me to give justice to here, so Google "Josef Chromy" and have a look.

What I have space to say is that Tasmania produces only 1 per cent of Australia's total wine production, and JC Wines only 3pc of that, but this needs 160 vineyards, which cover 60 hectares.

The Tasmanian total is over 2000 hectares.

Forty per cent of JC wines are sold in Tasmania and 50pc are exported to the "North Island" with the remaining 10pc going overseas.

The main variety is red Pinot Noir, which accounts for 63pc of the volume. Chardonnay accounts for 26pc, and Pinot Gris 5pc with smaller amounts of Sauvignon Blanc and Riesling.

The life story of Josef has is stimulating.

He grew up as a youngster in Nazi-occupied Czechoslovakia, then escaped as a penniless 20-year-old young man to Tasmania in 1949.

By 1957 he had established Blue Ribbon Meat Products, and steadily expanded across the State. It was in 1994 that he went into the winemaking industry and established the Heemskerk Wine group, and only three years later, in 1997, their 1995 vintage Chardonnay beat 841 others to become Winestate Magazine's "Chardonnay of the Year". The Josef Chromy Cellar Door Restaurant is listed by Tourism Australia as one of the "Ultimate Winery Experiences in Australia".

A final word from him:

"I came here with nothing but hope over 60 years ago."

"Tasmanians welcomed me and, with their help, I have been rewarded for the challenges and risks I have taken... We do at times look elsewhere but so far there have been sufficient quality opportunities in this State that I love."