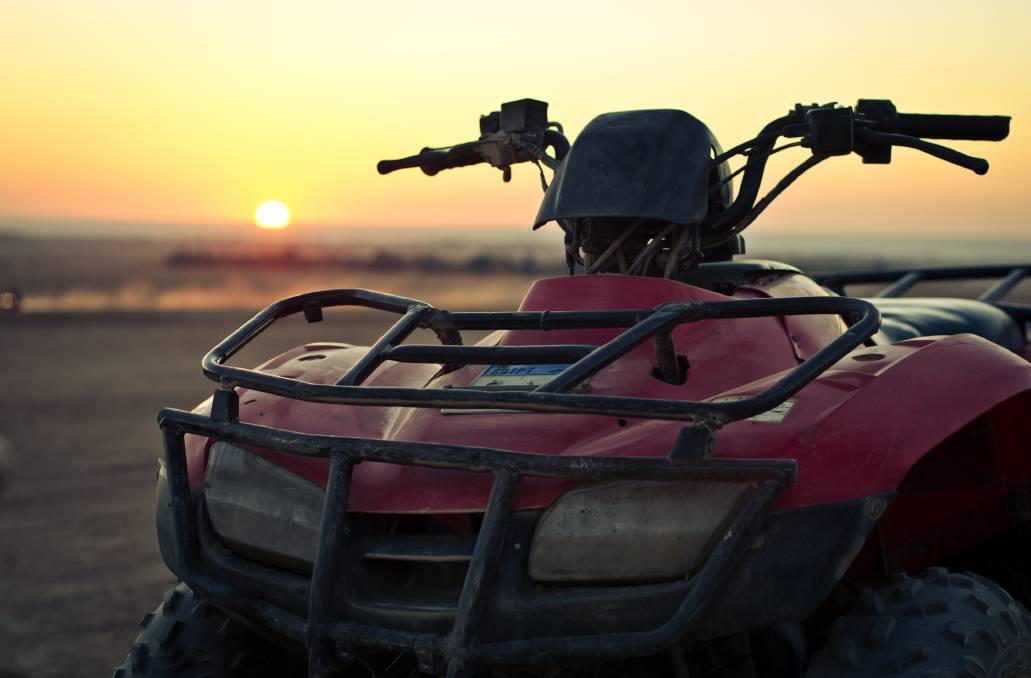 CONCERN: Farmers appear to be pushed for time in order to fulfil market demands, which could be be putting pressure on areas like farm transport safety.

A farmer's time is stretched thin these days. Could this be a safety concern?

IN the very first edition of this magazine back in 1990 there is an advertisement for the Yamaha 350FW all terrain four-wheeler.

It's a stark black and white ad featuring a photograph of the then modern machine, complete with a set of bull's horns strapped to the front.

Labelled a "bull terrier", apparently it could "lock horns with a raging bull and come away unscathed".

While that's very much advertising language, it's not a phrase that will probably be used by ultra safety-conscious machinery dealers, or by the animal welfare-focused beef sector for that matter.

It would be a safe bet that 30 years ago, quad bike manufacturers would never have dreamed the machines would become so controversial.

There's a lot of back and forth at the moment over quad bike safety.

Australian agriculture is grappling with the best way to make quad bikes safer, and the means to implement that.

The argy-bargy is putting usually aligned groups such as AgForce and the National Farmers' Federation, at an awkward standoff.

That's not to mention the bike manufacturers versus the Country Women's Association, plus the Rural Doctors Association of Australia chipping in with its concerns.

The Australian Competition and Consumer Commission has pushed for new safety regulations on quad bikes.

Some groups though think mandatory safety devices will be a cost burden that the farmer has to foot the bill for. 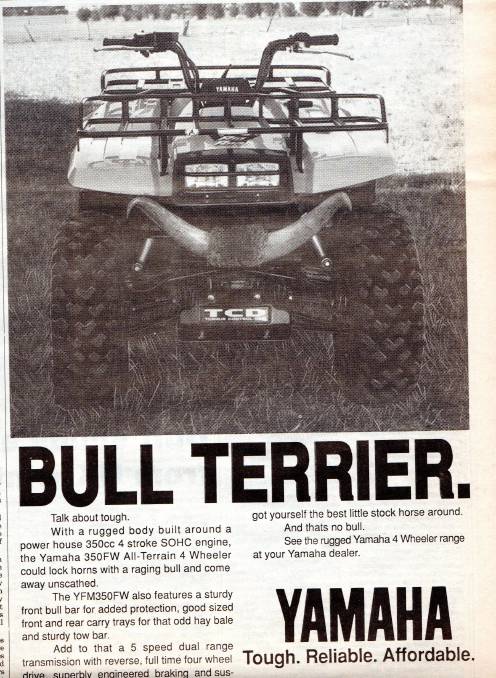 TOUGH: The advertisement from the first edition of Good Fruit & Vegetables featuring the Yamaha 350FW all terrain four-wheeler.

Quad bikes appear to be a universally used tool across agriculture, which includes horticulture.

They are handy, versatile and powerful. Of course, all that comes with risks to the operator.

A farmer's time seems to be increasingly stretched so it's little wonder limits are pushed and safety sometimes takes a back seat.

The issue is far deeper than this column can cover, and no solutions will be achieved here, but this one suggestion will be made: slow down.

Does that mean speed restrictors on the bikes? Maybe, but it's the weight of the thing when they roll that's the problem, not necessarily the speed.

Still, if growers travelled slower, they'd have more time to think about the terrain in front of them, more time to judge if that trip is essential.

They may even be more inclined to double-think about the risks involved.

This is part of a broader discussion on farm safety overall of course.

Perhaps if the world slowed down in general, there'd be more consideration given to all aspects of life, more engagement in meaningful debate over such issues and solutions might just rise to the surface more easily.

The 30-year-old Yamaha 350FW may not as be powerful as the machines of today but it was for a different pace of life; one that it wouldn't hurt to slow down to now.