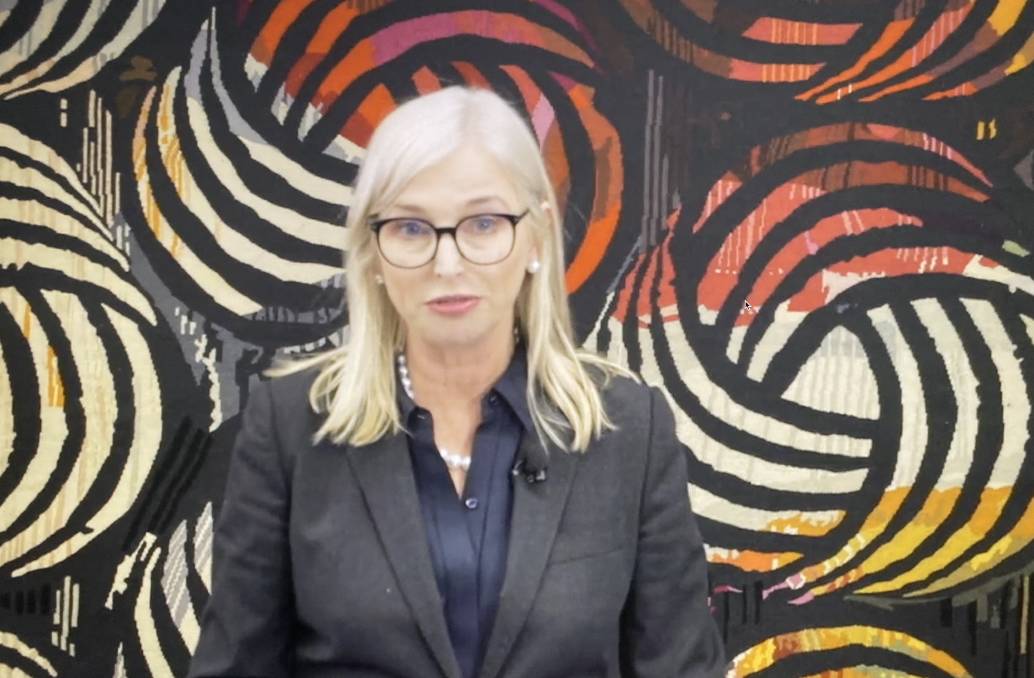 A year like never before sees AWI revenue fall to one of largest in 20 years.

A reduced wool levy, prolonged drought period and an unforeseen global pandemic has seen a 45 per cent fall in revenue for Australian Wool Innovation, taking it to one of the lowest levels in the peak industry body's 20 year history.

Speaking at the AWI Annual General Meeting today, AWI chairman, Colette Garnsey admitted nobody could have predicted what 2020 would have delivered, conceding the circumstances faced were like nothing the wool industry had ever seen before.

"Our key markets of China to Northern Europe at various times have been on the front line of the pandemic and domestic and global supply chains have been severely disrupted," Ms Garnsey said.

"Consumer demand, driven down by COVID-19 has heavily impacted the Australian wool industry at the worst possible times.

"All of these factors have been reflected in the wool price."

Yet after the significant decline this year, Ms Garnsey was confident the industry was amid something of a rebound, hoping some of the solid underlying support the wool market was currently experiencing will be sustained.

Despite this, the combination of drought, reduced levy dollars and the global pandemic has impacted the financial position of AWI.

"Our revenue is determined by three factors - the level of the wool poll levy, which is 1.5pc this year, the wool price and wool volumes, which are still declining after seven years of drought," Ms Garnsey said.

"The result of these factors can be seen in our fiscal 2020 annual report which shows a 45 per cent fall in revenue."

In response to the fall, Ms Garnsey said AWI had cut costs to match the reduced revenue.

Staffing numbers have been cut from 175 employees this time last year, to 153 today.

Expenditure was reduced by 22pc with additional, carefully targeted cuts to follow this coming year.

This will leave AWI with reserves of about $87 million, which Ms Garnsey said was enough to ensure they could continue to support the industry to "get back on its feet".

"Although there remains a great deal of uncertainty in the short-term, particularly with large parts of Europe and the United States heading back into COVID lockdowns, the longer term tailwinds for our fibre are undiminished given its sustainability, traceability, wearability and durability," she said.

"The wool industry is nothing, if not resilient. Woolgrowers are used to managing cycles, and I can assure you that AWI will be with you (woolgrowers) every step of the way."

"China is Australian wool's biggest customer for many reasons including the size of its population, climate and growing affluence," Mr McCullough said.

"They are a unique partner from a manufacturing point of view, but also from a consumption point of view as they are now consuming half of the Australian wool clip they buy domestically.

"In terms of major economies to recover from the disruption due to COVID-19 China is the clubhouse leader, by a long way.

"We are making the most of that with our current marketing campaign which is creating demand for wool and importantly leading to extra sales."

But he said AWI was pursing other markets, with the 'Emerging Markets' strategy being used for the last eight years.

He said that had seen an increase in processing and consumption of wool in places including India, Vietnam, Bangladesh and Sri Lanka.

Under AWI's democratic model, which director elections rotate biannually, shareholders were not asked to vote on the election of directors at this year's AGM.

The story Revenue fall one of largest in AWI history first appeared on Farm Online.