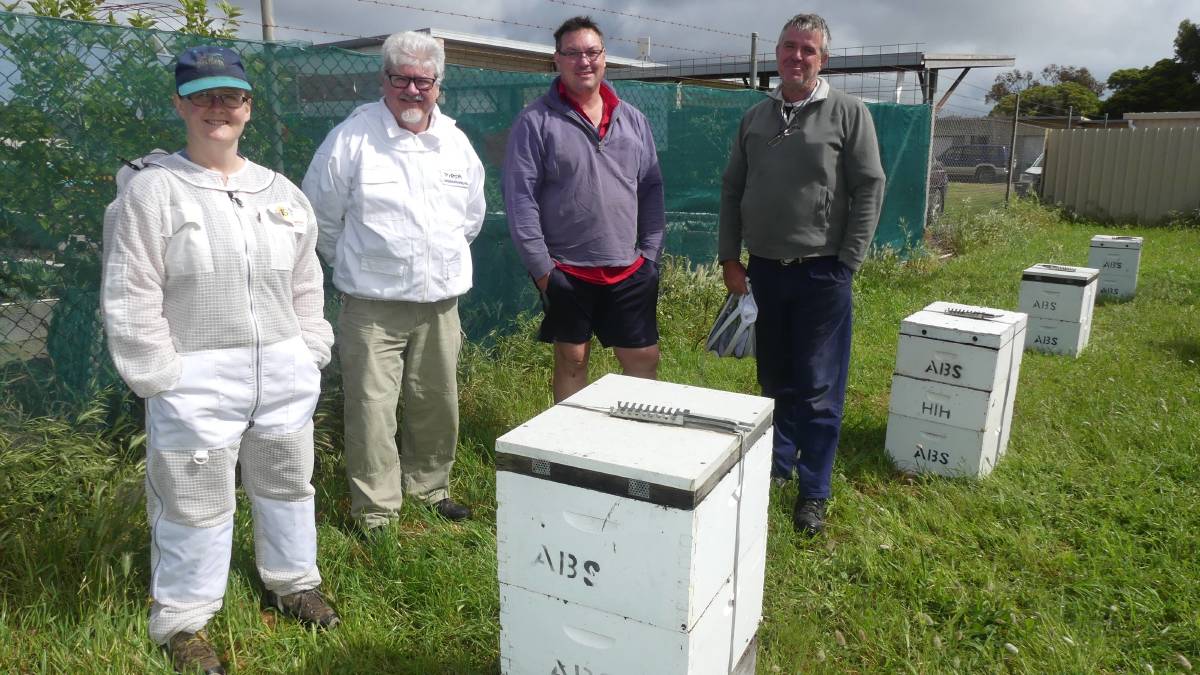 WITH South Australian beekeeper numbers increasing, and many still recovering from summer bushfire hive losses, the apiarist industry has shone a spotlight on education in the past few months - a trend that is set to continue.

While commercial beekeeper numbers have remained relatively steady - sitting at 131 in comparison to 127 in December last year, the recreational beekeeper tally (less than 100 hives) has risen by 309 in the same period, and presently sits at 2528.

"Education is massive, that is something we've been hearing from both commercial and recreational beekeepers," he said.

"There is no opportunity to complete a Certificate 3 in beekeeping in SA.

"We've been working in SA to get a course up and going, because we need to find a way of teaching people the basics and the correct way of doing things." LOCAL: Murray Bridge apiarist Nigel Marsh, is the first SA face to be featured in the Capilano campaign showing local beekeepers on its bottles.

With the cancellation of SAAA's annual June conference this year, the organisation has set up an online learning hub for members called The Learning Hive, which provides an online series of educational talks.

COVID-19 permitting, Mr Kennett said the SAAA was looking to launch more face-to-face courses, following the success of two queen-rearing courses held in Adelaide and Kingscote, about a fortnight ago.

"The Kangaroo Island course was particularly important," he said.

"They can't bring in bees from the mainland, and because they lost so many hives in the fires (1000 hives), queen-rearing is going to be really important. Beekeepers must be selecting good stock to rebuild from."

KI is progressing well, with the island's apiarists having recovered to the point where feed availability for the remaining 3200 hives is plentiful, with no further requirements for supplementary feed.

Looking ahead, Mr Kennett was hopeful of plentiful feed sources for bees leading into summer.

"Lucerne is looking good, and there is quite good budding around on gum and redgum," he said.

While Salvation Jane is considered a weed for graziers, it is a resource for apiarists, and Mr Kennett said he had seen more of the plant this year than he had for more than a decade.

In terms of honey production, Mr Kennett expected yields to be average this spring, following a "mixed bag" of results in the past few months.

"We've had a lot of cool days and showers," he said.

"The good warm days have boosted honey production, there just hasn't been quite enough of them.

"We won't say no to rain from here on in, it sets us up for summer."

As hopes for good honey yields rise, consumer knowledge of bee products is also set to be boosted, thanks to the recently-launched 'Proudly Local' campaign, run by Capilano.

The campaign aims to increase consumer understanding of the work undertaken by local apiarists, by including the face and story of local beekeepers on honey jars.

While it is a national campaign, the Proudly Local range is a state-by-state product that promises the honey in the jar comes solely from beekeepers in that state.

Nation-wide, more than 800 beekeepers supply to Capilano, including 73 in SA.

Murray Bridge apiarist Nigel Marsh, who has been supplying to Capilano for 15 years, is the first SA face to be featured in the campaign.

"I hope Proudly Local will get consumers interested in how the bees make the honey and what beekeepers do to support that and to get the honey to supermarket shelves," he said.

FIVE SA apiarists will have access to beekeeping sites in Mount Bold reservoir, in a bid to continue opening up public lands for hive placement.

The announcement follows the success of the first stages of the year-long Kuitpo Forest pilot program, which involved three apiarists each moving up to 120 hives into the area in late September and early October.

While it is still early days in the Kuitpo program, SA Apiarists' Association president Josh Kennett said flowering gum growth in the reserve was encouraging.

"I think it will be a success - there has been no complaints from Forestry SA or the beekeepers in there," he said.

There is a lot of background that goes into placement of where we can and can't put hives. - JOSH KENNETT

Apiarists looking to be involved in the Mount Bold Reservoir project must apply to PIRSA by December 4.

Those who meet the eligibility criteria, including being able to supply between 50-120 hives at a site, will be entered into a ballot process, with successful applicants to house hives at the reservoir for an initial 12-month period.

About 200 hive locations are available on SA public lands.

"It isn't about trying to pick a particular number of sites to aim for, it's about working together to see what land can be utilised, that everyone is happy with," he said.

"There are also beekeepers on the edge of these parks.

"We don't want to be putting a site right over the fence of where someone has been for 30 or 40 years - there is a lot of background that goes into placement of where we can and can't put hives."