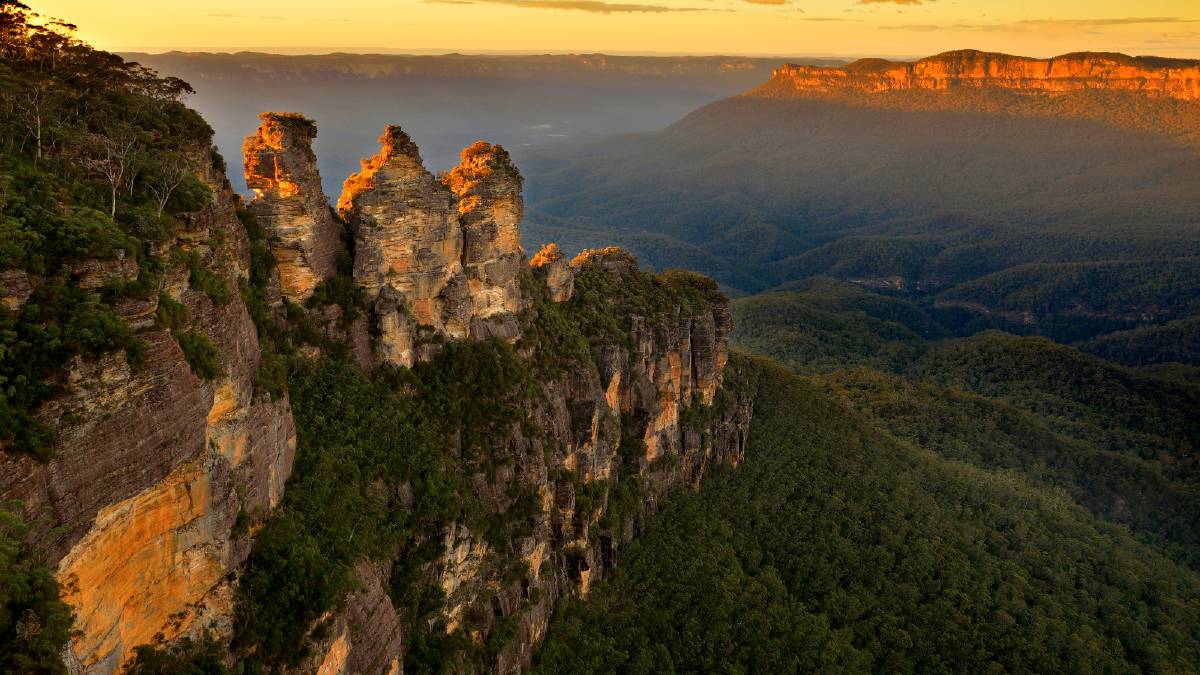 International Union for Conservation of Nature has noted the Greater Blue Mountains as an area of "significant concern". Photo: File

What's happening on Fraser Island has parallels to the Black Summer fires.

As rain brings relief to the fire efforts on the World Heritage-listed Fraser Island off the Queensland coast, it is marked by close parallels to the Black Summer on mainland Australia.

With Fraser Island an incredibly biodiverse habitat, what is unfolding there seems to not be too distant to what struck at two of Australia's other World Heritage-listed regions last summer and has seen them become areas of "significant concern" in global conservation.

The International Union for Conservation of Nature released its 2020 report, World Heritage Outlook 3, in early December and among the stark standouts for Australia was the downgrading of three of its heritage-listed regions.

The union, a global authority on the status of the natural world and measures needed to safeguard it, has downgraded the ratings of the Greater Blue Mountains Area and the Gondwana rainforests following the impact of the Black Summer fires.

According to its report, climate change is now the greatest threat to natural world heritage with 33 per cent of the globe's sites under threat.

The Great Barrier Reef was also downgraded in the report to "critical" for the first time.

Seventy to 80 per cent of the Blue Mountains world heritage area was burnt by the summer fires, and the concern is that the fires were so fierce the habitat may not return as it should.

Concerns that must be forming around Fraser Island.

Independent Bushfire Group member Geoff Luscombe didn't mince words when he said "we are going backwards in a measurable way".

"What's unfolding in Fraser Island is pretty much unprecedented, it's got parallel's with last year's bushfires where a lot of the bush is really dry and it's been dry for a really long time.

"That segues into climate change and you know, get used to it ... there is more to come and probably worse."

His thoughts were echoed in the IUCN report which said new management approaches to fire were required, "as conventional approaches had been shown to be less effective than previously experienced".

Mr Luscombe said the biggest problem of the fires last summer was just how ferocious they were.

"So much of it was burnt severely and the amount of refuge was really small."

For the Gondwana rainforests throughout the south east of Australia, fire was a new experience - it was country that had never burnt before.

Mr Luscombe said rainforest corridors had been traditionally regarded as "fire advantages", that is, places with moist vegetation that would stop a fire.

But that was no longer the case.

"In the big wilderness areas those rainforest corridors are your main advantage and down in the major river systems, but no, the fire just carried straight through," he said.

In its report IUCN said the recovery from the fires to the previously "close to pristine" habitat in the Greater Blue Mountains would need to be closely monitored.

The report stated: "The devastating fires in the Greater Blue Mountains in 2019/20 have raised new challenges for the world heritage site. Better planning and adaptive management will be important to address threats, especially climate change and its unfolding effects including drought and uncontrollable fire."

For the Gondwana Rainforests the report noted "given the severe nature and extent of the fires even the significant resources and even well-planned and completed hazard reduction burns conducted in the previous autumn and winter season were ineffective.

"The fires dramatically changed the conservation outlook for the Gondwana Rainforest of Australia, and it remains to be seen whether the natural ecosystems and ecological functions are sufficiently resilient to recover from this previously unexperienced perturbation."