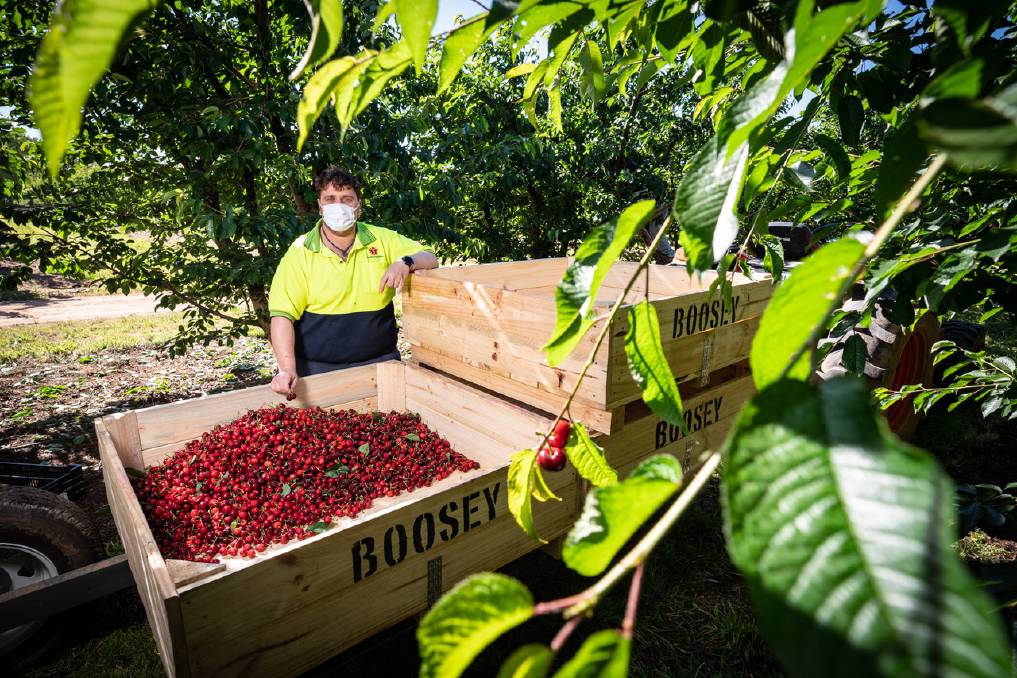 FOCUS: Cobram and District Fruit Growers Association president, Tony Siciliano, says it is essential to maintain the focus on the existing Qfly threat as the highest priority in Victoria.

VICTORIA needs to maintain its funding and focus on combating Queensland Fruit Fly, not dilute money to other areas, according to a grower group.

The Cobram and District Fruit Growers Association (CDFGA) says it believes the Victorian Government's plan to abandon funding to support the management of Queensland fruit fly (Qfly) will have a catastrophic impact on Victoria's horticulture production.

CDFGA president, Tony Siciliano, said the proposed Victorian Fruit Fly Strategy 2021-25 does not adequately protect Victoria and criticised its positioning of withdrawing support for successful initiatives to control Qfly, to instead focus on exotic species of fruit fly.

"Given the ongoing economic significance of Qfly, the CDFGA does not support the focus on exotic fruit fly if it is at the cost of funding and support to the existing Qfly problem through the Goulburn Murray Valley Regional Fruit Fly project," Mr Siciliano said.

"Our view is that it is essential to maintain the focus on the existing Qfly threat as the highest priority, this needs to be done in tandem with consideration of exotics, however we need a focus on both rather than one or the other."

The Qfly is an established pest in many parts of Victoria and is considered to present the most significant threat to fruit and vegetable production.

In July, the Victorian Government confirmed a 12 month extension period of the Goulburn Murray Valley Fruit Fly Area Wide Management Project which is considered a vital link in helping prevent and control outbreaks of Q-Fly in the state.

"As Queensland fruit fly is an established pest under management in Victoria, it is appropriate that stakeholders are empowered to lead local management efforts with support from the Victorian Government," the spokesperson said.

"Maintaining Victoria's reputation for producing high quality horticultural produce is critical for our producers, our consumers and our markets."

Since 2015, the Victorian Government has invested $10.1 million, including $8.7 million in grants, on managing established fruit fly under the State-wide Fruit Fly Action Plan 2015-2020.

Mr Siciliano said the potential impact from Qfly on crop sales is massive and applies directly to domestic sales and is a direct barrier to increasing exports.

"Ours growers require ongoing support from the government to keep fruit fly at manageable levels, as we simply cannot do it alone without ongoing support," he said.

"We have exceptional industry and community support but government needs to maintain a commitment to this industry's fight against fruit fly."

The association believes plans to cut funding to the Goulburn Murray Valley (GMV) Regional Fruit Fly Project and instead focus on exotic species of fruit fly would come at an enormous cost to the industry.

"The commercial reality is that Qfly is an existing and prevalent pest that has the potential to cost the industry millions," he said.

"A strategy that diverts funding and prevention activity from Qfly to instead focus on exotic fruit fly, when we haven't detected exotic fruit fly in Victoria since 1953, does not makes sense and falls short of what we need to protect production outputs and our markets." 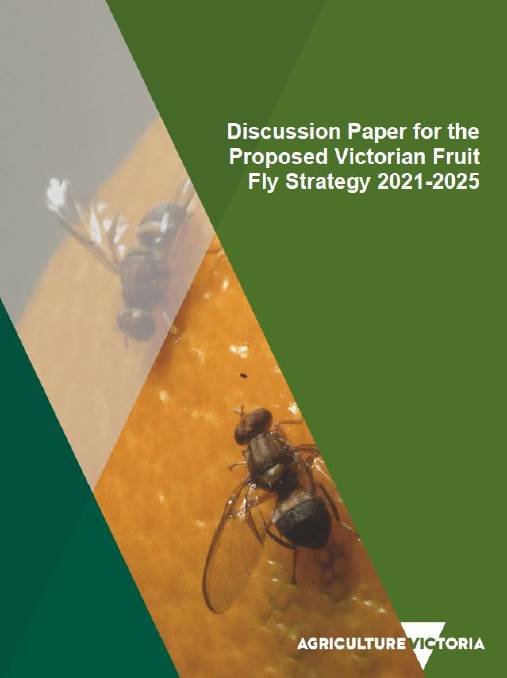 The GMV Regional Fruit Fly Project is funded by the Victorian Government and was established in 2017.

The project is a collaboration between industry, government and community to reduce the impact of Qfly on the region.

The project's success includes the reduction of unmanaged fruit fly habitat by removing more than 93,000 unwanted fruit trees, activisation of more than 3000 volunteers, an 83 per cent reduction in Qfly numbers in Cobram and 60 per cent in the Goulburn Murray Valley region, while also being awarded the Victorian Achiever of the Year Award and the Agricultural Innovation Award in 2019.

"It's the best example of Fruit Fly Area Wide Management (AWM) in Australia. By using the GMV model, the community, industry and government could all be engaged in detecting and managing exotic as well as established pests," Mr Siciliano said.

"Pest control is crucial to the success or failure of our industry, the chance to comment on the strategy is welcome, however now that picking is underway our entire industry has turned its focus to the necessary practical matters of harvesting and selling fruit."

Agriculture Victoria said it has engaged with stakeholder groups on the Strategy, including the three Regional Governance Groups (Yarra Valley, Goulburn Murray Valley and Greater Sunraysia) and Fruit Growers Victoria to respond to their feedback, and will continue engagement with key stakeholders on the development of the implementation plan through to June 2021.