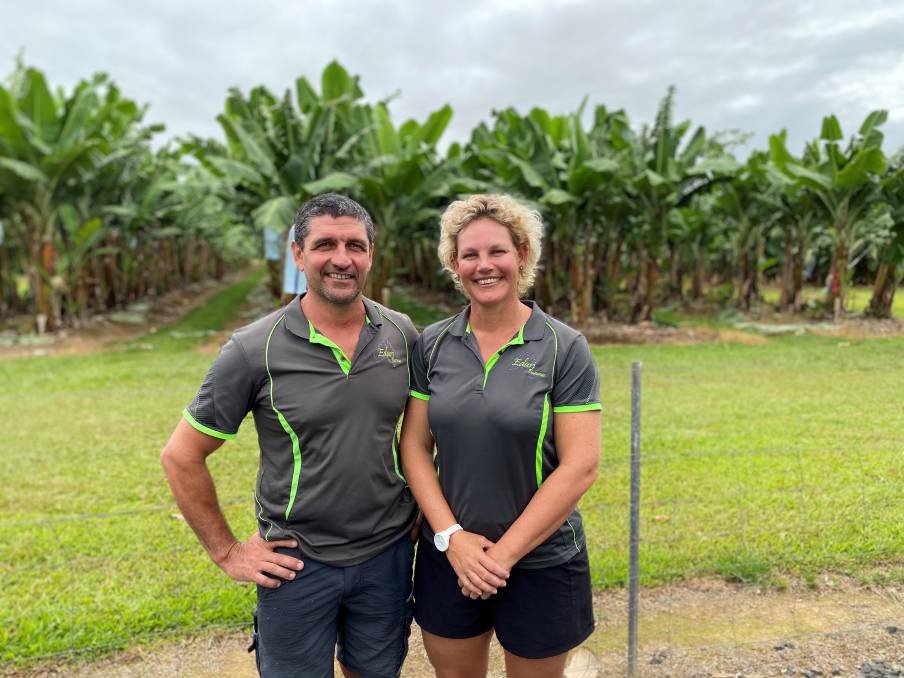 WARNING: Shayne and Blaise Cini, Edari Bananas, are cautious about biosecurity and the impact Panama disease could have on the banana industry in North Queensland.

Banana growers are warning holiday makers to stay off their farms.

BANANA growers are warning holiday makers to stay off their farms with an influx of tourists expected in North Queensland.

Growers are concerned that travellers pulling up for a photo opportunity may breach bio-security measures and unwittingly spread Panama disease tropical race 4 through the region.

Biosecurity Queensland and the Australian Banana Growers' Council has launched an awareness campaign with growers participating in a series of videos to educate the public about the importance of protecting farms.

"What someone may think is a harmless photo opportunity or a nice place to pull up at a banana farm could be the catalyst to spreading pests and disease on that property," Ms Evans said.

"The North Queensland community relies on the banana industry for economic stability, so we all need to understand our role in protecting our farms from Panama TR4 and spread the word that it's not okay to go onto a banana farm without permission."

Panama was first detected on a banana farm in the Tully Valley in 2015. It has since been identified on four other farms in the region, with the latest detection confirmed in September 2020.

Fourth-generation growers Shayne and Blaise Cini, Edari Bananas, believe shoes and tyres are the two most preventable ways of spreading the disease.

"People need to understand they can't just go on to a banana farm," Mr Cini said.

"Panama TR4 is the biggest threat that industry's facing today and we're doing all we can to prevent an incursion on our property.

"We're just asking everyone around us to help do their best as well by respecting farm biosecurity."

"I've had people show up on my farm in utes covered with dirt and think it's okay because they haven't come from another banana farm, which is wrong," Mr Eilers said.

"Panama TR4 is an invisible enemy which could be in any dirt from anywhere."