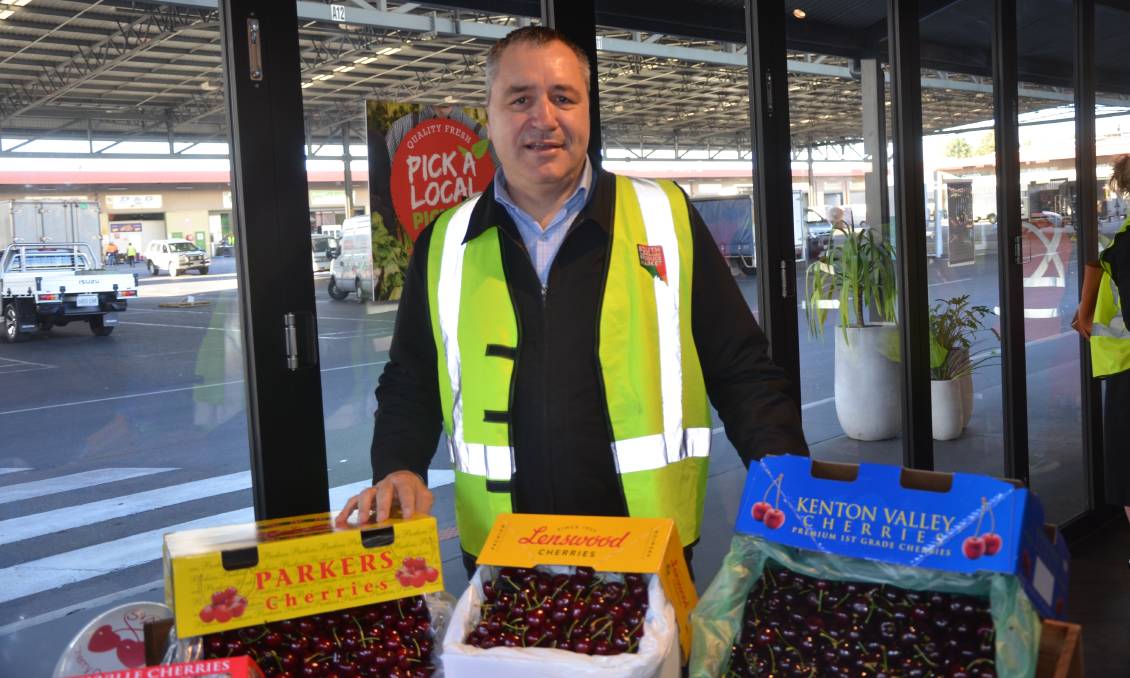 The struggle to find workers is expected to lead to higher fruit and veg prices.

THE value of horticultural production in Australia has been forecast to lift 5 per cent to $12.6 billion in 2020-21 - up 15pc on the five-year average.

This will not come from increased production, but rather through higher prices, with predictions summer vegetables, stonefruit, pome fruit and tablegrape prices could rise 15pc to 25pc.

ABARES modelling shows reduced labour at peak harvest times, due to a lack of international workers, will force the price of fresh produce up in coming months, with vegetable production to reach a record high of $4.8b - 14pc above the five-year average - and fruit and tree nuts to hit $5.3b, which is 18pc above recent trends.

The modelling also expects a 50pc drop in labour.

Horticulture Coalition of SA president, Angelo Demasi, said the forecast lift in prices might not hit SA quite as hard as forecast because the "SA landscape is a little bit different".

"We have an abundance of produce on our doorstep," he said.

He was also hopeful government incentives for workers, and a move to increase Pacific Islander worker numbers in time for the apple and pear harvest, would also reduce the impact.

Mr Demasi said he wanted to see retailers act in good faith and not raise prices unnecessarily, and thankfully this appeared to be the case so far.

"I have heard of growers reducing crops - if they haven't got the pickers, it won't be picked," he said.

"But we can couple that with reduced export markets."

ABARES statistics show horticultural labour demand will peak in SA in February, with that month in 2019 having 7120 overseas casual and contract workers active on fruit, grape and nut farms - on top of the 11,390 "local" casual workers and 7700 "non-local" casual workers.

Another 1000 overseas casual workers were also involved the vegetable sector at that same time.

Nationally, 52,070 international workers had casual labour in the horticulture sector in February 2019, while in 2020, the number of all working holiday-maker or seasonal worker visa holders still in Australia by late October had fallen to 66,000.

Already an estimated $22 million has been lost at the farmgate nationally from just 30 producers so far reporting losses to the National Farmers' Federation.

"Unlike a drought, poor prices or a new disease, the lack of labour available to harvest our crops won't discriminate," he said. "It will be felt across the country, in every commodity."

The federal government has announced a number of measures to attract the unemployed to the sector, particularly students, including changes to the Youth Allowance eligibility criteria and a $17.4-million program with relocation and accommodation assistance.

Adelaide University Agricultural Students Association president, Brianna Schaefer, said there could be some interest from students, particularly those already involved in agriculture or horticulture.

She said gap year students or those looking for industry experience could benefit.

"It might attract some workers but I don't think it will fill the gap," she said.

COVID-19 restrictions have stopped many international students being able to return home, and this program will assist students gain work while they remain in SA. - DAVID BASHAM

The SA government has also announced a $4.45m program to attract students to fill "regional and seasonal" employment gaps, but the $2000 incentive payments will not be available for agriculture workers.

Primary Industries and Regional Development minister, David Basham, said the SA program was designed to "complement" the federal incentives for agricultural labour. Instead, funding will go towards reducing industry costs for medi-hotel quarantine for Pacific Islander workers and a promotion and awareness campaign to attract workers.

Tourism and hospitality businesses will be the actual beneficiaries of the government push to increase the workforce in regional SA.

Students who work in tourism, hospitality, "trades", or Allied Health between November 25 and April 30 could access a $500 or $2000 payment.

Primary Industries and Regional Development Minister David Basham said this was a time when many students were looking for work.

"COVID-19 restrictions have stopped many international students being able to return home, and this program will assist students gain work while they remain in SA," he said..

The $500 payment is for those working in northern Adelaide and Adelaide Hills locations, who travel more than 50 kilometres from their residence for work, while the $2000 is for those relocating further out.

Mr Basham said there had already been some interest in the program, with information sessions this week to increase awareness.

The latest regional job vacancy data from the Regional Institute Australia shows the number of jobs advertised for regional SA in October was up 28.6 per cent on October 2019, and was also up 5.5pc on this September.

Most job vacancies in regional SA are for "labourers", particularly "farm, forestry and garden workers", followed by highly-skilled professionals, such as health or legal practitioners.