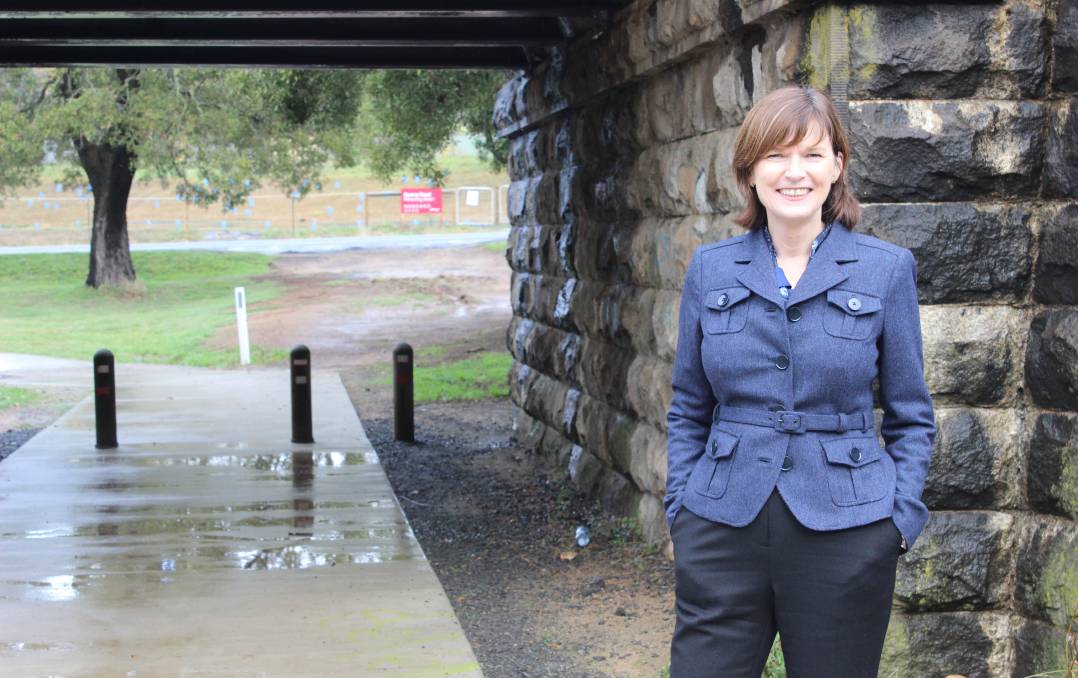 HOMECOMING: Victoria's new Agriculture and Regional Development Minister Marry-Anne Thomas grew up in the bush and understands the regions' potential.

Mary-Anne Thomas grew up in the country, and knows about long bus rides to school and how to bag a slaughtered animal.

VICTORIA'S new Agriculture Minister knows what it's like to drink milk straight from the cow, and how to bag a slaughtered animal.

Mary-Anne Thomas was recently promoted to the front bench as Ag Minister following a cabinet reshuffle, with former minister Jaclyn Symes now serving as the Attorney-General.

Ms Thomas, who represents the central-Victorian seat of Macedon, also picked up the Regional Development portfolio.

The newly-minted minister grew up in north-east Victoria, where one side of her family were beef and dairy farmers, while the others were general storekeepers.

"I know what it's like to travel long distances on a school bus, to drink milk straight from the cow, and to bag and freeze a slaughtered sheep," Ms Thomas said.

"Some of the most significant changes have been in the new technologies and farming practices."

She's looking forward to seeing a modern-day dairy operation - the last one she was in was her grandfather's.

One thing hasn't changed, "is that country people are independent, resilient and self-reliant".

"I'm really struck by the great awareness of farmers, and I'm proud to be the person representing them," she said.

The roll out of the state's agriculture strategy will be a main priority for Ms Thomas in 2021, with $115 million in funding assigned to get the plan underway.

Two particular initiatives within the strategy have Ms Thomas excited; a $50 million injection into agriculture colleges to train the next generation of farmers and $30 million to continue the Agriculture Energy Investment Plan.

"Farmers know full well the effects of climate change, they experience it every day - be it in increased dryness, lack of rain or more severe weather events," Ms Thomas said.

"[The AEIP] will allow them to reduce energy costs while making their farm more energy efficient and productive."

From a regional development perspective, Ms Thomas is pleased to see the government continue its "vitally important" regional partnerships.

"They bring together community leaders and give them a voice straight to cabinet," she said.

"They are well placed to let government know what the big issues and challenges their regions face, not just in the short term, but the long term challenges."

Future looks bright for regional Victoria, she said, particularly with many areas seeing a boom in tree-changers.

"There is a great future for regional cities, just look at how my hometown of Wodonga has transformed over the past 30 years," she said.

"More people looking to regional Victoria and thinking about establishing a life there, joining the 1.5 million who already live there."

Ms Thomas said regional Victoria punched well above its weight, representing a quarter of the state's population and producing 28 per cent of the nation's food and fibre exports, which was worth 15.9 billion in business.

"But behind all those figures are real people working hard on the land everyday," she said.

The story Vic's new Ag Min knows what it's like to drink milk from the cow first appeared on Farm Online.