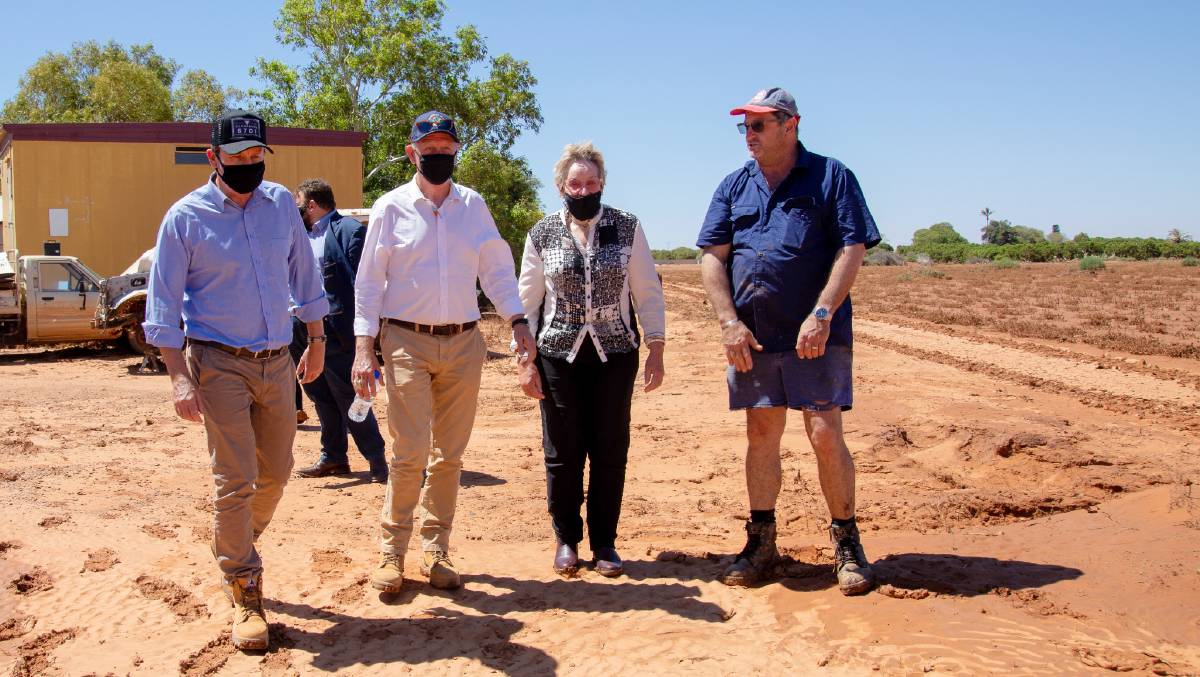 Work starts to clean up after the Carnarvon floods.

WITH the flood waters in Carnarvon receding, work has begun to figure out how much damage was caused to plantations in the area.

While a levee built in 2013 protected the town and about 80 per cent of growers, 20pc of farmers still experienced flooding and had significant amounts of topsoil wash away.

The team, co-ordinated by vegetable and horticulture systems section lead Neil Lantzke, will be assessing affected properties for soil degradation, damage to equipment and supplies associated with farming and crop losses.

Agriculture and food minister Alannah MacTiernan said Carnarvon was built on a flood plain, which was part of what made it an incredible area for horticulture, but meant there was always going to be a flood risk.

"It is absolutely terrible for those that have been affected, but some of the growers that we talked to that were affected also said that it was such good rain, so there will be a lot of nutrients that they get out of it," Ms MacTiernan said.

"We have a team heading out to make an assessment of how much topsoil has been lost and how we can get that back as quickly as possible.

"The assessments will help inform broader impact assessments associated with the floods and also inform options for remediation."

About 20 growers have so far registered with DPIRD to arrange an assessment.

Eddie Smith is the owner of Caiden Plantation, a six-hectare mango farm that fortunately finished harvest in January.

While that meant Mr Smith's production was not affected by the floods his property certainly was, with almost the entire growing area going under water.

We managed to get most things up and out of the water in the sheds, so only a few items got damaged, so now it's a matter of cleaning up and getting all the mud out. - Eddie Smith is the owner of Caiden Plantation

"For us it's more about the damage to the tracks and the loss of soil and in localised spots, the damage is quite significant," Mr Smith said.

"Our block was almost entirely underwater, but luckily we have a concrete flood wall around our house which was effective in keeping the water out of the house itself.

"We managed to get most things up and out of the water in the sheds, so only a few items got damaged, so now it's a matter of cleaning up and getting all the mud out."

Along with assessing the impact on growers, a team will also be evaluating the performance of the levee.

"The evidence is there to show that the levee has been a useful investment, but now we need to review and fine tune it so we can figure out if it can perform to a higher level and provide protection for even more properties," Ms MacTiernan said.

"Even for the 20pc of growers that were affected, the levee still had an impact as normally with flooding it's a two-way process, so you get flooding from one direction and then the water rushes back down towards the river, but that rush back didn't happen.

"In general, the levee has been a benefit to everyone but we do need to have a look at whether or not all the floodways are being properly protected."

Mr Smith said as part of that evaluation, options for improving the resilience of the properties that aren't benefited by the levee, need to be looked into.

"It's important to accept that there are some of us that are not going to get a benefit from the very significant expenditure there," Mr Smith said.

"To me, it's about making those properties resilient, making sure the river banks can withstand the over-topping and don't scour out. 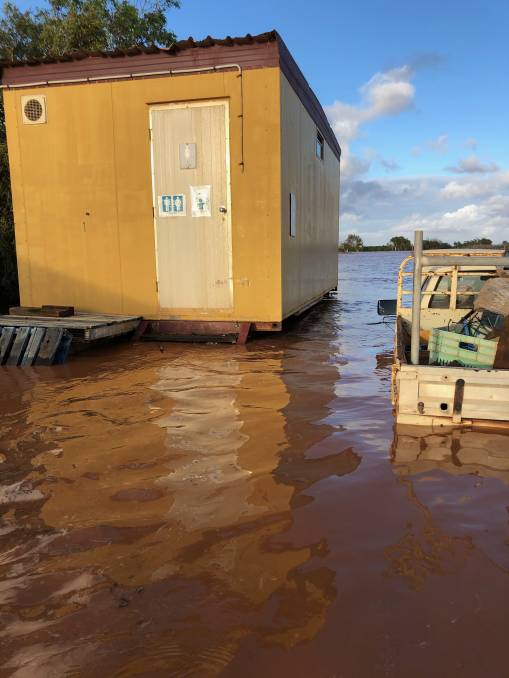 "I know that there have been several stages of the river bank where they have blown out and the soil gets deposited all over the properties."

While the clean-up effort has just begun, Ms MacTiernan has put early estimates of the total cost at $25 million to $30m, however that includes the repair to the severely damaged North West Coastal Highway.

A 10 kilometre section of the highway north of Carnarvon, from the Blowholes through Minilya to Burkett Road, was completely washed away with the severity of the floods.

"About 800 tonnes of locally sourced gravel and rock is being used to construct the temporary traffic lane," Mr Roberts said.

"The temporary lane on this section will open under traffic control and speed restrictions - traffic will be permitted access on the lane during daytime hours between 7am and 5pm, but it will be closed overnight to ensure safety for road users.

"It is anticipated that this temporary access will be in place for several weeks until permanent repairs to the original road alignment is completed."

For those that are still producing, it's a case of the sooner the better for that section of road to re-open with full access.

"People that are still in production are being faced with extra costs imposed because the trucks are having to come up empty," Mr Smith said.

"Normally they would go up to Karratha and Port Hedland full of stock, then back down the coast to Carnarvon to fill up with produce before heading back south.

"But they're now having to travel up empty and there have been some cost impositions on the growers using transport at the moment."

The story Cleaning up after the Carnarvon floods first appeared on Farm Weekly.