INFO: According to lawyer Michael Morris, in order for the landowner to understand the scope of works, the CSG company should provide the landowner with full details of the proposed works. Photo: Shutterstock

Experienced lawyer Michael Morris says there is plenty for farmers to consider when it comes to CSG.

SIGNING the first version of a conduct and compensation agreement (CCA) that a coal seam gas (CSG) company puts under a landowner's nose is a sure-fire way of the landowner kicking an own goal.

In our experience, CCAs prepared by CSG companies do not adequately protect landowners' rights.

That view is shared among lawyers that represent landowners.

Landowners can protect their interests by applying some basic principles to negotiations and seeking legal advice from a lawyer experienced in dealing with CSG companies.

After all, CSG companies are liable to pay for landowners' reasonable legal costs of negotiating a CCA.

The basic principles include:

In order for the landowner to understand the scope of works, the CSG company should provide the landowner with full details of the proposed works.

This should all be set out clearly in writing, rather than just conveyed verbally - ultimately it will need to be included in the CCA.

The CSG company should also be able to state what it considers the impacts from the works and infrastructure are expected to be - for example by way of noise, dust, loss of visual amenity and loss of use of surface area.

However, a landowner should not rely solely on what the CSG company says - they should obtain their own advice from appropriate experts.

Once the preceding two points have been resolved, the focus can then turn to negotiating the compensation with reference to those points.

I cannot emphasise this enough - under the legislation the compensation is determined by reference to the actual impacts from the works and infrastructure. 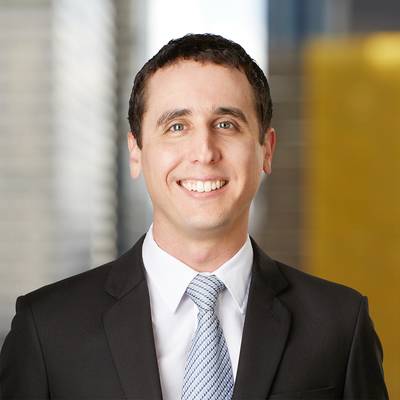 In a number of recent decisions, the Land Court has been quite strong in striking down large "ambit" claims or claims that are not supported by evidence.

Ensuring the CCA will stand the test of time is also critical.

CCAs can remain on foot for decades.

Representations made by CSG company representatives over the kitchen table to the effect that something will or won't happen, or that the CCA doesn't need to say something because the CSG company doesn't do business that way, are of no use unless they are reduced to writing and reflected in the CCA.

Furthermore, clauses in a CCA that are unclear or capable of different interpretations should also be avoided.

The reason is quite simple - in the event a dispute arises between the landowner and the CSG company regarding the CCA, the CSG company has the upper hand - they have the resources to engage a big law firm and Queen's Counsel to argue their position before the court.

Needless to say the landowner did not consider that was within the scope of what they had agreed to. - MICHAEL MORRIS, Associate, Hillhouse Legal Partners

Most landowners will not have the capacity to return serve in the same way, and even for those that do, they generally don't have the desire to do so.

Bearing in mind the above, I will outline a couple of examples of issues I have seen arise.

In most standard CCAs, the scope of works is defined very broadly. It will tend to include the specific infrastructure (for example a well), associated infrastructure (such as pipelines and access roads), and then also include a phrase such as "all things ancillary or incidental to the above".

I have seen where a CSG company, under the guise of that phrase, installed a large water tank on a property and then proceeded to truck in CSG water produced by a CSG well on an adjoining property.

Needless to say the landowner did not consider that was within the scope of what they had agreed to.

Another example relates to the scope of the impacts that the landowner is being compensated for.

Most standard CCAs provide that the landowner is being compensated for all "compensatable effects", which is defined in the relevant legislation to include all costs, damages or losses including consequential losses, caused by the CSG company carrying out their activities on the landowner's property.

This means the landowner may be agreeing to give up their rights to compensation for certain impacts without knowing it.

For example, assume a single CSG well is drilled on a property. Expected impacts are typically noise, dust and loss of use of a certain area of land.

The landowner has in mind that the compensation they agreed to covers those things.

What happens then if, for example, a bore dries up, a stud bull is killed, crops are impacted or land tax is imposed?

The loss and damage suffered by the landowner from the occurrence of those things is arguably a "compensatable effect" that is covered by the agreed compensation, even though the landowner may not have understood that to be the case when they signed the CCA.

A landowner doesn't want to end up in an argument with the CSG company as to whether or not they are entitled to additional compensation for things the landowner thought the compensation was not intended to cover.

While there is a provision in the legislation that allows the landowner to apply to the court for the compensation to be varied if there is "a material change in circumstances", a landowner does not want to be in a position of having to make such an application.

In any event it may be the case that there has not been a material change in circumstances - the CSG company might argue, for example, that when the CCA was signed it was foreseeable that crops could be impacted or land tax imposed.

In conclusion, landowners should take a considered, steady, systematic approach to dealing with CSG companies.

Landowners should also seek legal advice at an early stage to ensure their interests are protected.