Overseas visitors are likely to be locked out of Australia for another year. 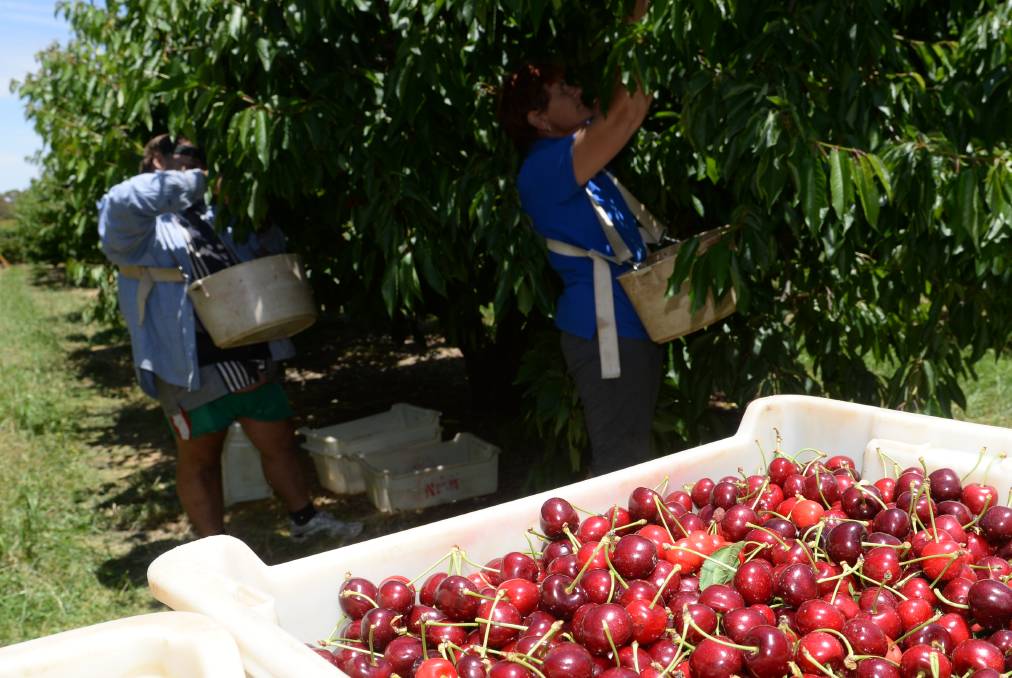 THE farm sector has been told to expect Australia's airport arrival gates to stay closed to overseas visitors for another year, or longer, leaving an ominous cloud over labour availability for a second spring-summer harvest season.

Although Australia's COVID-19 vaccination roll-out is expected to significantly cut the risk of pandemic flare ups here, chief economist at BIS Oxford Economics Sarah Hunter told agriculture's Outlook 2021 concerns about the patchiness of virus control in other countries would restrict the flow of arrival numbers.

Air travel was generally likely to remain subdued in many parts of the world until vaccination programs had suppressed the virus convincingly.

The Australian Bureau of Agricultural and Resource Economics and Sciences has estimated severe labour shortages in the horticulture sector alone would reduce fruit production by as much as 17 per cent and vegetable output by about 2pc in 2020-21.

ABARES tipped the reduced workforce available to grow and harvest crops would ultimately cost consumers between 7pc and 29pc more for fruit and vegetables.

IN the longer term, Ms Hunter told the ABARES conference the coronavirus pandemic would also leave a notable scar on population growth and the economy.

She said 800,000 to 1 million fewer people were likely to be added to Australia's population base by 2025 when compared with pre-COVID-19 expectations.

That represented a four per cent contraction in the nation's forecast population.

"Our working population will be smaller and older," she warned.

"We don't see international borders open anytime soon - not in the next 10 months, at least - so that challenge of getting overseas workers won't go away."

Responding to a conference question expressing concern about the threat to agribusinesses already suffering labour and skills shortages, and the risk to agriculture's 2030 growth agenda, she said while the mood about the pandemic being brought under control this year was upbeat, with some spending activity already above pre-COVID levels, coronavirus would have "a long-term dragging impact".

The construction sector faced similar labour problems to horticultural and grain croppers, while businesses heavily dependent on overseas travellers such as tourism, higher education and even many retailers "will have a very challenging year or more".

Agriculture's costs associated with the skilled and semi-skilled worker shortage would be compounded by the population growth slowdown impeding national economic growth and dampening consumer demand.

THE National Farmers' Federation Horticulture Council said the worker shortage, particularly the lack of Working Holiday Maker program labour, had been alarming growers for the past year.

ABARES reported the number of Working Holiday Makers fell 64pc in 2020 and numbers were likely to slide further as there was no end in sight to international borders closures.

"The value of horticulture production is now forecast to drop to just $12.8 billion - a far cry from the predicted $20b it needs to be for agriculture to reach its $100b goal," Mr Cattle said.

"Since the pandemic began, there has been a range of policy changes by government, including visa extensions and relocation assistance, but still growers remain well short of the thousands of harvest workers they require.

"Our industry has been focused heavily on the Seasonal Worker Program and Pacific Labour Scheme largely because of the lack of take up by domestic workers for roles in horticulture."

Growers preferred to employ locally, however even with generous incentives on offer from governments they failed to attract the quantity of help needed.