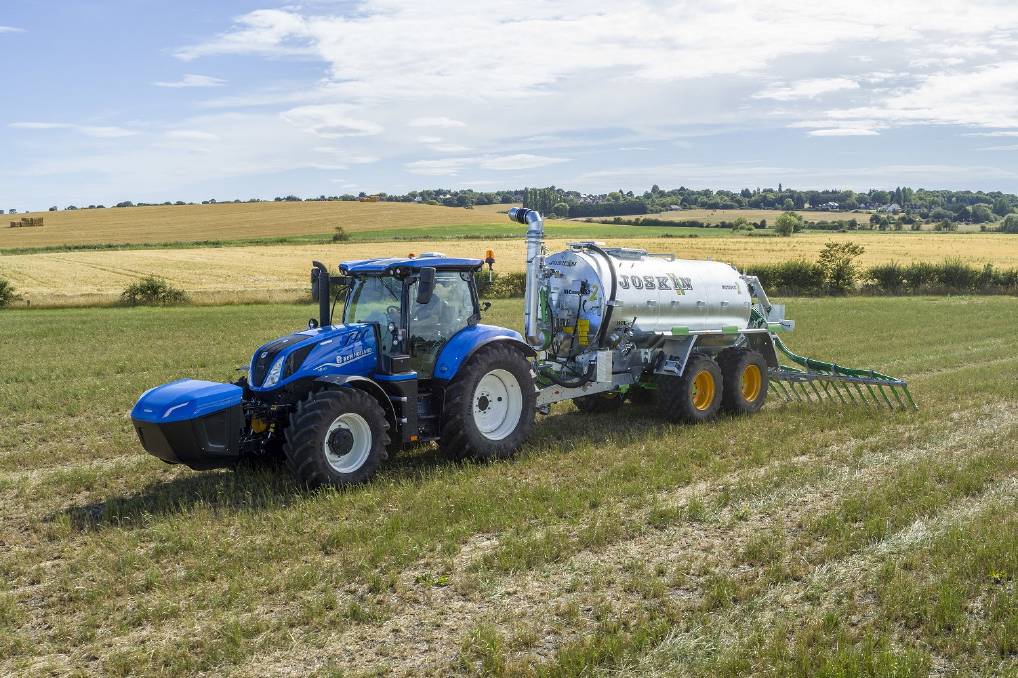 METHANE MUSCLE: New Holland's methane-powered T6 tractor will be launched onto the commercial market this year.

New Holland is almost ready to launch its methane-powered tractor onto the global market.

The first production unit of the T6 methane power tractor was unveiled in 2019 at Germany's Agritechnica, the annual international showcase for farm machinery.

New Holland parent company, CNH Industrial, said field trials were in their final stages and by the first half of the year production units would be delivered to selected customers in Germany, France, Italy, the United Kingdom and the Benelux countries.

They were all key markets for the T6 tractor because they had advanced biogas production, the company said.

The methane-powered tractor will enter the New Holland range by the end of the year and be available to all customers in Europe and other markets across the world.

New Holland has claimed the T6 methane tractor has the same performance as a diesel with 30 per cent lower running costs and almost zero carbon emissions when using bio-methane.

The tractor was developed as part of the company's Clean Energy Leader strategy aimed at consolidating its leadership in the switch to alternative fuels.

New Holland brand president Carlo Lambro said the company had been pioneering sustainable innovations for the past 14 years.

"We developed the energy-Independent farm model to show how a closed loop between agricultural production and energy generation can make farming carbon neutral or even carbon negative - with significant benefits for our customers," he said.

"This year we are taking a further step into turning this into a reality as our methane-powered tractor enters the New Holland range."

New Holland Agriculture is also continuing to explore new areas of innovation through partnerships, he said.

The first one is with Italian Barolo red wine producer Fontanafredda in a project that aims to achieve carbon-free vineyard operations.

It is powered by the new FPT Industrial F28 engine, crowned Diesel of the Year in 2020. The tractor tested in the Fontanafredda vineyards is powered on bio-methane with the aim of achieving the first carbon-free wine production.

In another partnership New Holland and Italian implements producer Nobili have developed a concept for the electrification of implements for vineyards and orchards.

The generator driven by the tractor's power-take-off is the only source of energy powering the new e-sprayer and e-mulcher.

The story Methane-powered tractor about to hit the world market first appeared on Farm Online.